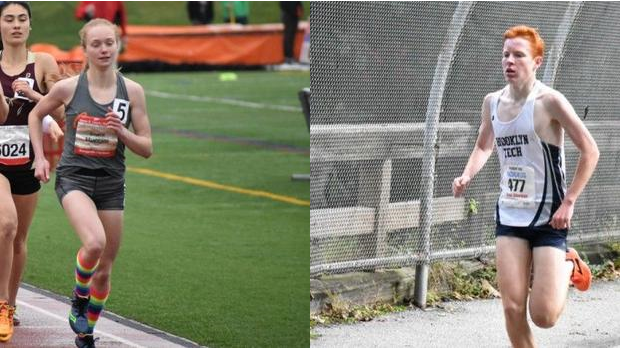 The PSAL schools will again be getting together on Saturday morning at Van Cortlandt Park for a public display of their running prowess as NYC teams battle each other in the Championship races, 25 for the boys and apparently 17 for the girls. There will also be Individual races on both sides for more than a hundred  top runners whose teams did not make the cut for the Championship race. This year the PSAL races should be especially good since the depth of the fields is much better than in past years for both the boys and the girls.

Last year Susan Wagner was the winner on the boys' side and Brooklyn Tech took the girls' title. The Engineers' Evan Sherman and Aziza Chigatayeva were the top runners in the Championship races, and Beacon's Jack Craven and Young Women's Leadership's Shayla Sanders won the Individuals race.

This year there are two clear-cut favorites for the team titles as Susan Wagner has both slightly better speed ratings and much better 1-5 compression on the boys' side and Benjamin Cardozo has by far the best overall strength for the girls. Though both of last year's girls' individual champions are gone, the two boys champions are back, but Craven's Beacon team did qualify for the Championship race.

As always, please note that neither the speed-ratings-based listings of teams nor the 5K time virtual meet scores are meant to be exact predictions of how a race will turn out since there are many unknown factors at work here. The virtual meets based on 5K times are never a very good summary for any XC event, and teams that run mainly 4Ks at VCP will not find a huge amount to go by. But use the links to the 5K scorecard if you wish to get some minimal information about the teams.