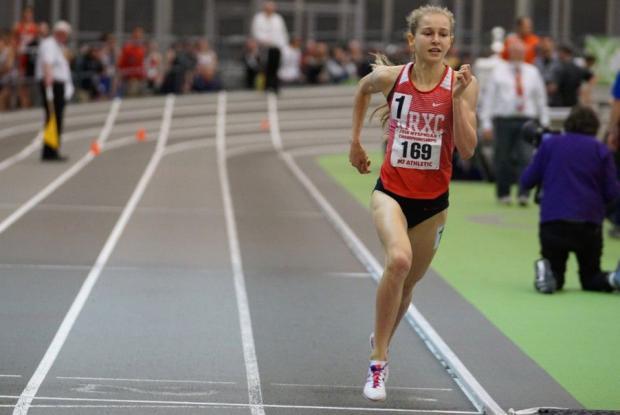 Girls 800m - After a record breaking 1000m at States last weekend, all eyes should be on Lily Flynn (Ursuline).  She split 2:12 to open that US #6 All-Time 1000m, which means she could open up a big performance in the shorter distance.  Splitting very similar marks for the 800m in the 3200m relay, Maureen Lewin (Kellenberg), Abigail Spiers (Niskayuna), and Jade Sessions (Carmel) will need to dip under 2:12 for the first time to be in medal contention.

Girls Mile -There are something interesting match-ups up here.  The three of the top four from the 1000m at States will be moving up to the mile here, highlighted by the rematch between Katherine Lee (Shoreham-Wading River) and Lily Flynn (Ursuline).  They went US #6 and US #8 All-Time last week battling against eachother, and could produce another stunning race.  Sarah Trainor (FDR) may have gone out quickly last weekend, but a more reserved start should put her in contention for the win here too.

Girls Mile Walk - It's a mostly New York Field, although the favorite hails from Ohio. Margaret Atwood (Sachem East) was the State Champ by a big margin, and is currently the second seed here.

Girls 2Mile - On paper, it would be hard to argue against Katelyn Tuohy (North Rockland), who split 9:54.28 in the middle of her National Record 5000m run earlier this year.   She'll be chasing the National Record of 9:38.68 set by Mary Cain back in 2013.  Not many can hang on to that pace.  But Kelsey Chmiel (Saratoga), who has defeated Tuohy at States, Foot Locker Champ Claudia Lane at Edinburgh, and Millrose Champ Gabby Wilkinson at Boston, has enough big title wins to still be in the conversation.  This race could produce some real fireworks.

Also entered is Brooke Rauber (Tully), who could challenge the Frosh State Record of 10:27 set by Nicole Blood (Saratoga) back in 2003.

Girls 5000m - Brooke Rauber (Tully) will kick off her weekend here as one of the favorites, also chasing the State and National Frosh Record of 17:08.45 held by Jessica Lawson (Corning).