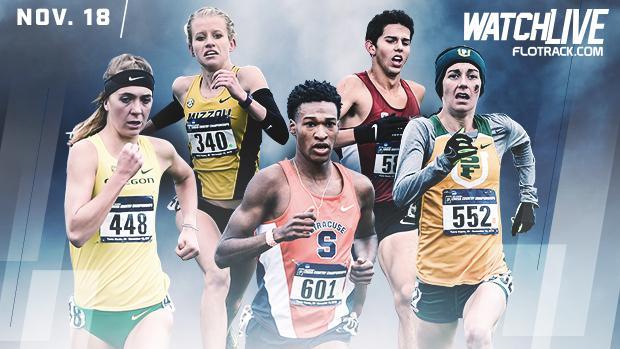 Upgrade To MileSplit Universal To Watch!

Nationals Contest: After winning the national title in 2015 and finishing 3rd last year, Syracuse started off the season ranked 3rd, which is how they will enter Nationals out at Louisville, behind reigning champ Northern Arizona and no. 2 Brigham Young. Germano is a senior and was on the 2015 national champion team for the Orange, but Tooker is a sophomore and is seeking his first national crown. Tario is a senior on another NY-based school, Iona, which is ranked 20th after finishing 2nd to Syracuse in the Northeast. Rice was the second Longhorn finisher at regionals for a Texas squad that has moved up to 21st in the rankings after starting the year at 30th. Lundy was the top Tiger in at 4th place in the Mid Atlantic regional, and he will lead a squad that was unranked at the beginning of the season and is now no. 28 after winning at regionals.

Nationals Contest: The New York names at Nationals include four runners in Bella Burda, Sage Hurta, Jessica Lawson, and Kaitlyn Neal who captured state championships in XC and / or track, plus two others in Julia Stevenson and Ella Ketchum who won AIS championships. Hurta's Buffaloes are top ranked in the nation, and the sophomore was the second Colorado finisher ar regionals. Lawson has stepped up in her freshman year to earn the 7th spot on the 4th-ranked Stanford team. Abbey Wheeler was the fourth runner in for Northeast champ Providence, which is ranked 9th and also includes Alex DeCicco. Kathryn Munks also ran for a regional winner as she was the third Lion in for 10th ranked Penn State in the Mid Atlantic. Burda took home a 1st place for Villanova, which is ranked 13th and was 2nd to Penn State in the Mid Atlantic. The other runner on a top-20 ranked team is Amanda Vestri, and she was the third Cyclone in for 1st place Iowa State at the Midwest regionals for her 14th ranked squad. Other runners on ranked national qualifiers include Neal for 22nd ranked Washington, Stevenson and Ketchum for 26th ranked Dartmouth, Eva Scott for 28th ranked Syracuse, and Sarah Hardie and Erin Melly for 30th ranked Columbia.

Nationals Contest: There is seldom much NY alumni based action in the men's D2 championship. Only Gene Baritot of Edinboro runs for a qualifying school, though the Fighting Scots are unranked after finishing 2nd in the Atlantic regionals. Sean Beney of Le Moyne and Christopher Sims of Roberts Wesleyan had to do it all on their own as at-large qualifiers in the East regionals. The highly rated D2 schools are out west. and Adams State, Colorado Mines, and Grand Valley State are expected to battle it out for the win in Evansville, IN.

Nationals Contest: There is a lot more NY alumni action at D2 Nationals for the women than the men, mainly because NY runner hangouts Edinboro (PA) and Roberts Wesleyan both qualified for the meet at Evansville. The runners with the higher rated teams though will be two women who went west. Megan Caltagirone had an outstanding freshman season for reigning champ Grand Valley State, and she was 5th finisher for the team as they breezed to the Midwest championship and are ranked 2nd behind Cal Baptist. Rebekkah Bond meanwhile is wrapping up a great career with another powerhouse, the University of Mary, which won the Central regionals and is ranked 5th. Abbey Lang, former States champion Hope Pietrocarlo, Tori Klimowicz, and Jordan Hauser all pack the roster for 25th ranked Edinboro, which won the Atlantic rgionals. Talya Williams once again qualified as an at-large runner out of LIU Post from the East regionals, and six NY alumni are part of an unranked Roberts Wesleyan team that qualified as the 3rd place team in the East, with senior Emily Betts leading the NY contingent for the Redhawks with a 21st. 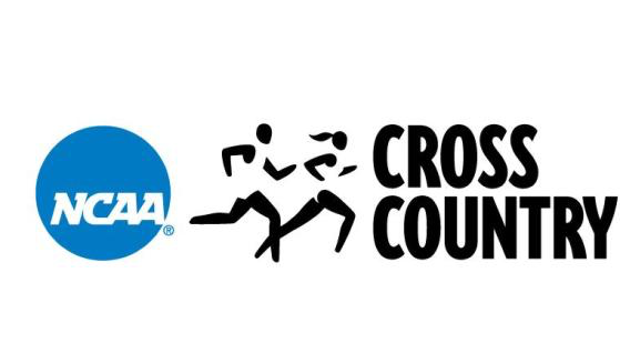 Nationals Contest: Both Isaac Garcia-Cassani (2nd ranked D3 runner in nation) of SUNY Geneseo and Henry Woods of Haverford finished 2nd at their regionals in their senior years, and they will lead both their respective teams and a pack of 24 NY alumni in the mens' D3 nationals race at Elsah, IL. Woods' Haverford team won the Mideast regionals and is ranked 2nd in the nation behind North Central. Garcia-Cassani's 2016 Nationals runner-up Geneseo squad is ranked 4th after winning the Atlantic regional and has six NY guys in the top 7, including Alex Burks who was 4th and Matt Jorgensen who was 9th at regionals. Sean O'Coonor was the second RPI finisher for a squad that finished 2nd in the Atlantic and is ranked 9th. The New England regional had Brian Bates' MIT in 1st and at a 7th place national ranking, Jack Wesley's Amherst was 2nd there and is ranked 8th. Ben Torda of Bowdoin earned an at-large selection with a 7th place in New England. and Theo Henderson of 16th ranked Middlebury and Aidan Ryan of 22nd ranked Williams will also be at Nationals. Two other guys on teams fighting for a top 10 finish at Nationals include Jared Moore of 13th ranked Carnegie Mellon and Scott Pourshalchi of 14th ranked Johns Hopkins.

Nationals Contest: We could find only 15 NY alumni likely to be heading to the women's D3 nationals, which is a huge drop off from past years and reflects the fact that only three teams qualified from the Atlantic regional. After finishing 3rd in last year's Nationals, SUNY Geneseo is 3rd ranked this year after winning at the Atlantic with four Knights finishing in the top 10 led by Elise Ramirez in 2nd and also including Kristin Homeyer, Dana Cebulski, and Allie Fernandez. 16th ranked Ithaca was 2nd at Atlantic and the Bombers include Denise Ibarra and Emelie Mertz, who were the second and third finishers for the team. The 3rd place team at the Atlantic, RPI is led by senior veteran Jamie Lord, who was 11th for her 21st ranked team. The other two NY alumni going to Nationals are seniors on top 10 teams from the New England regional, as Victoria Kingham was the top finisher for 3rd place and 9th ranked Williams, the 2016 4th place team. Margot Rashba's Tufts team finished 2nd in New England and is currently 7th ranked after finishing 8th at nationals last year.