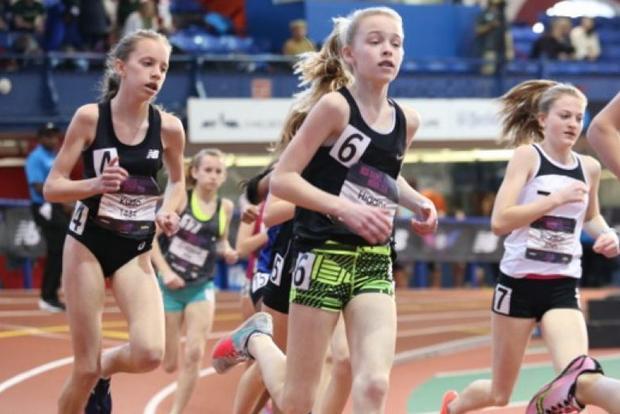 Editor's Note: This article has been reposted from 2018.

Okay, so you just entered that fearsome age called the terrible teens and you have set a goal to be a track and field (T&F) star in your first season as one of those noodly Gumbie-like creatures called 7th graders.

After you come down off your way-too-many-doughnuts high and get to seriously thinking about whether you can turn your high-flying fantasy into firm mondotrack reality, you quickly realize that you need top-notch guidance.

Which track event should you focus on?

Who should you model yourself after?

What kind of school is the best incubator of fully fledged 7th grade talent?

First off, if you are in New York City and headed in the future toward one of those PSAL, CHSAA, or AIS league schools, realize that you may not get to be a star there until you are a freshman in high school. Them's the rules.

Second, do not think you are going to be Mr. or Ms. Hulk in the shot put or that you can bounce to glory in the triple jump. You're just not ready physically.

Third, find a team that has three very fast runners but no one else to plug into the fourth spot, and you may be be able to ride on the shoulders of giants in your rookie season in a relay.

One final point is the biggest wrinkle on the question of whether you can get a ticket as a 7th grader to States in June. Ultimately, there are two answers to the question:

A) Yes, though you will be one of a very select few, and,

B) Just no way, Charlie. The first answer is the one you can take away if you're a girl, the second one is for the guys.

Now that we have served up the spoiler, and all the boys are clicking off to check on how the Yankees are doing, it should still be mentioned that good things can come to those who wait and do all the work it takes to sculpt a developing body into a T&F masterpiece.

Brewster's Patrick Ford, 2018's top-placing 7th-grade boy in the overall rankings (473rd in the 3200), is likely at least two years away from being able to compete for an individual place at States. But in 2018 there was an 8th grade guy on a relay team (Cheektowaga's CJ Krzanowicz), and in some years there have been a handful. A few 8th-grader guys get to high places on the States podium, like Huntington's Anthony Joseph who ran on his team's silver medalist 4x400 squad in 2017. 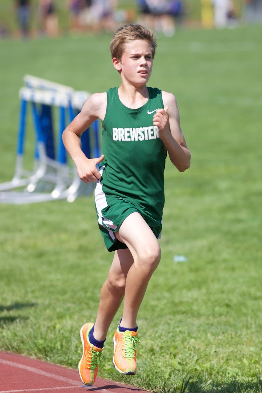 Meanwhile, as 7th graders, Shaker's Kaleigh Higgins (pictured above, no. 6, at indoor Nationals) and Valley Stream North's Tori Daniels placed in the top 40 among all NY athletes in the 3000 and 400 respectively this year. Daniels also got her berth at States after taking 1st in the Section 8 State Qualifier. For all of the last dozen years, at least two 7th grade girls have competed at States in June.

So keep the fires burning, whether your are a girl or a boy, and T&F greatness can come your way. The four following pages provide more information on which events are the best to look at if you want to be a star right out of the blocks, what types of school configurations might make a States ticket more likely, and which athletes have lit up the track (at least on the girls side) in the last dozen years at States.

Finally, check the summary to see why early track-and-field success may not be as quite as wonderful as you hoped for, and why T&F could have the answer for those who ask whether there is any sport in which the top female athletes can compete at an equal or higher level than the top male athletes. On the second point, it all depends on the lens you use to view the data when you run the numbers.

--- A note on the listing of the top marks for 7th graders during the last four years. The marks are from the NY MileSplit rankings, but some of the originally recorded marks I took were removed because an athlete cited as a 7th grader was discovered to be much older than the standard age, and indeed a few were noted to be competing for college teams the following year. A few marks are also conversions (in parentheses) from a better mile or 1600 meter race walk distance. All overall bests for 2018 are taken from after Nationals but will not include marks set in late June or July at AAU or NY Hammer Series and American JavFest meets.

Summing It All Up