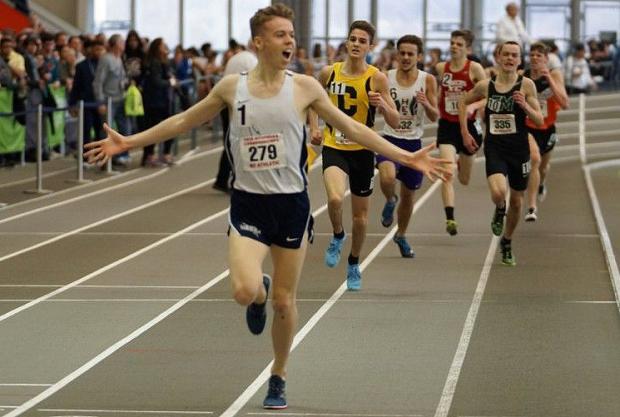 Boys 800m - This race is loaded up with talent. Ben Bulkeley (Fairport) is your top seed, after taking home silver in the State Meet 1000m. Alex Rizzo and Matt Rizzo (Bronxville) are strong contenders, as they are currently NY #3 & 4 in the 1000m as well.  For the 800m distance, Jeffrey Perdomo (Dewitt Clinton) and Nick Crociata (Hauppauge) are both right around 1:54 this season.

Boys Mile - Bronze medalist Greg Fusco (Somers) is the lone NYer in the fast heat, but his 4:16.86 will put him in contention for a medal here too.

Boys 2MIle - There are limited entries here as well, but Shea Weilbaker (Saratoga) took home the State Title, and should be considered our top medal threat.  Nathan Lawler (Pittsford-Mendon) and Ian Russ (Holland/East Aurora) are both right there, though, and could come back to be in the mix as well.

Boys 5000m - Senior Matt Fusco (Somers) moved up from the 3200m at States to the longer distance here, and is right in contention for the win.  The same could be said for Payton Gleason (Churchville-Chili), who finished one spot above Fusco at States.