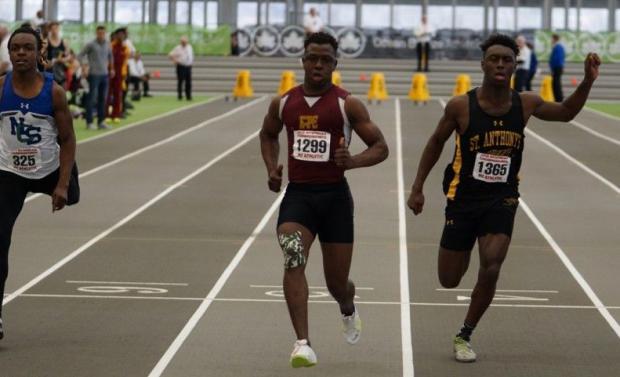 Boys 60m - Without the State Champ and State Leader, this race falls to Heron Maurisseau-O'Neal (Saint Anthony's), who has gone 6.34 in the 55m.  Also a threat could be Myles Calhoun (Rush-Henrietta) who went NY #7 All-Time earlier in the year at SPIRE, as well as his teammate Anthony Brinson, who dipped into Top 10 territory as well.

Boys 200m - This is the only race Carlon Hosten (Taft) has opted to compete in, and has to be considered the favorite.  State Leader in the 55m and 300m, he'll be taking a loaded field if he hits the final.  Several others from the Top 5 in the 300m this year will be in the field, including D' Andre Barriffe (Bishop Loughlin), Nate Davis (Sweet Home), and Kimani Brown (Benjamin Cardozo).

Boys 400m - An odd race to predict for NY here.  Tahje Flemmings (Benjamin Banneker) should be your top seed, as he is NY #2 in the 300m, but Chris Borzor (Uniondale) has been having a big season in the sprints, and Nico Bellavia (Victor) took runner-up in the 600m at States.

Boys 60HH - Michael Mullally (Sullivan West) and Tai Brown (Midwood) crossed the line almost identically at States, and will get a rematch here.  Anthony Romeo (Oceanside) was State Leader heading into States, and will look to regain that title over the 60HH.