Jamesville Beach - On one of the warmest days in the 2011 cross country season, 60 teams to the newly revised Jamesville Beach cross country course competing for their ticket to states.  With the newly revised classifications (down from 5 to 4), there would be 8 teams and 40 seperate individuals punching their ticket to the New York State Public High School Atheletic Association's Cross Country State champions at Vernon-Verona-Sherill high school next week.  One school per gender for each of the four classes, and then the next five fastest individuals per class and gender.  MileSplit NY was on the scene to see some of the top schools in New York battle it out to compete for the title.

Nick Ryan sets off on an amazing pace early, clearly distancing himself from the crowd.  He attacks the hill on the first loop of the course, with teammate Matt Deyo close behind.  By the first mile, he is comfortably ahead, running his own race.  He finished with one of the fastest times in the state this year, 15:34.  We spoke with Ryan after his powerful run to see how he felt it went:

"I went out on this race quick, I was not playing it conservedly for states next week," Ryan said.  "At the same time, I wanted to stay strong and not push past my limits.  We are looking forward to competing at states next week.  After that, our main focus is attempting to qualify for NXN, as we will be taking Feds off as usual." 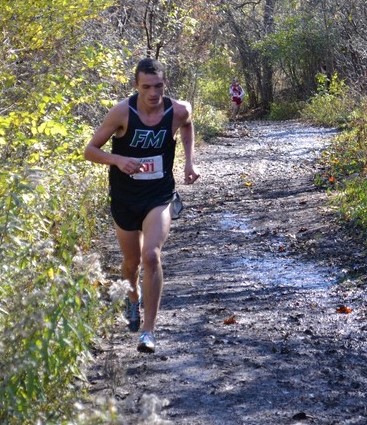 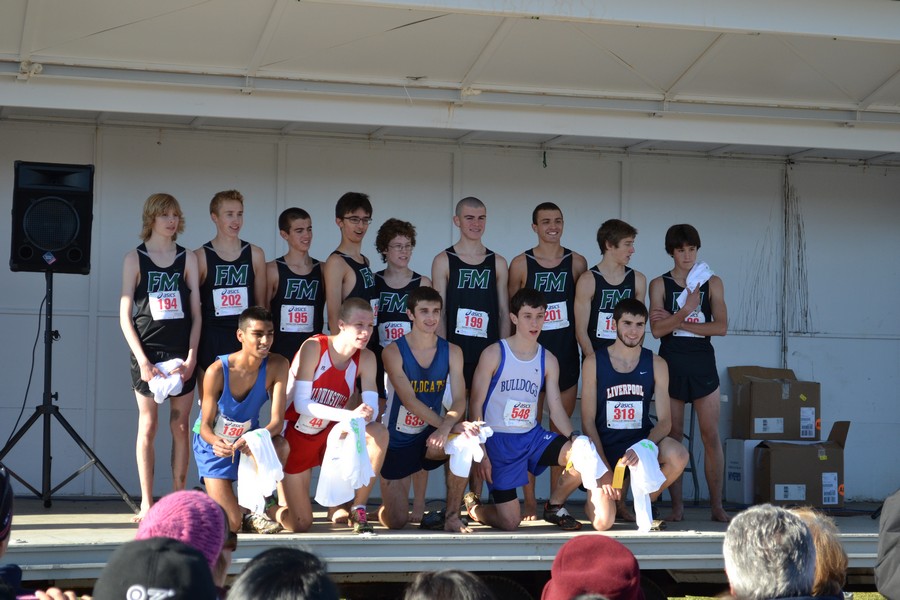 West Genesee's Laura Leff found herself in a daunting position.  She was looking at a race with the girls US #1 Fayetteville-Manlius, spearheaded by US #5 Jillian Fanning.  But Leff is stranger to fast times either, as she is currently ranked #5 in New York.  As the gun went off, Leff found herself right on Fanning's heel.  Two of Fanning's teammates, FM #2 Christine Rutledge and FM #6 Heather Martin are injured, and expected not to return for the remainder of the season.  This left Fanning and Leff together alone at the front of the pack.  Leff would stay one foot behind Fanning until the 4000 meter mark, where Fanning made  her usual impressive kick.  We spoke with Leff after the race to see how she felt about her performance.

"I felt good during my race, but I feel like I could do better," Leff said.  "I know I have more in me.  I definitely want to get top 5 individually at states, that is my main concern right now.  After that, I would like to qualify at Foot Locker to compete out in California, as well as preparing for Feds." 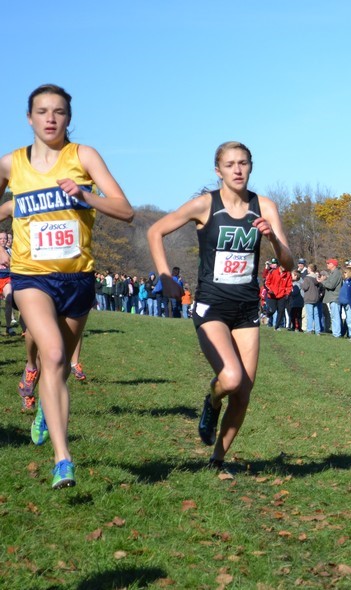 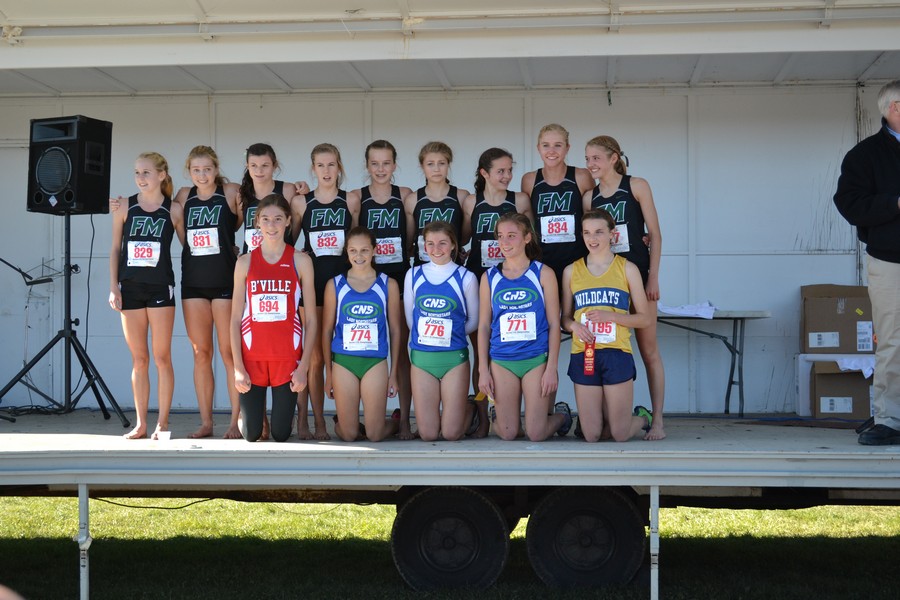 Marcellus boys team took the victory over East Syracuse-Minoa, as the strong contender for the Class B individual title Ryan Manahan takes the win with a margin of 21 seconds.  Followed behind him was Mexico's James Gowans and Marcellus #2 Joe Fallon. 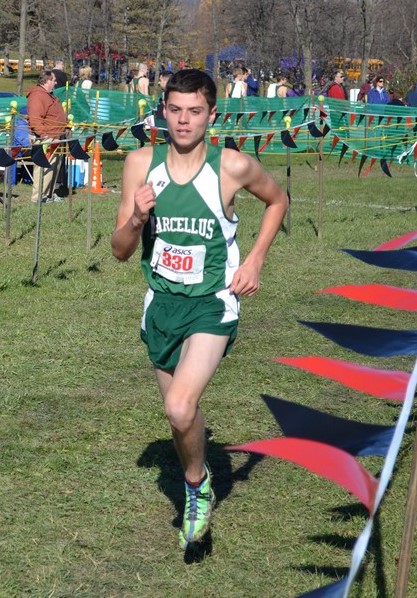 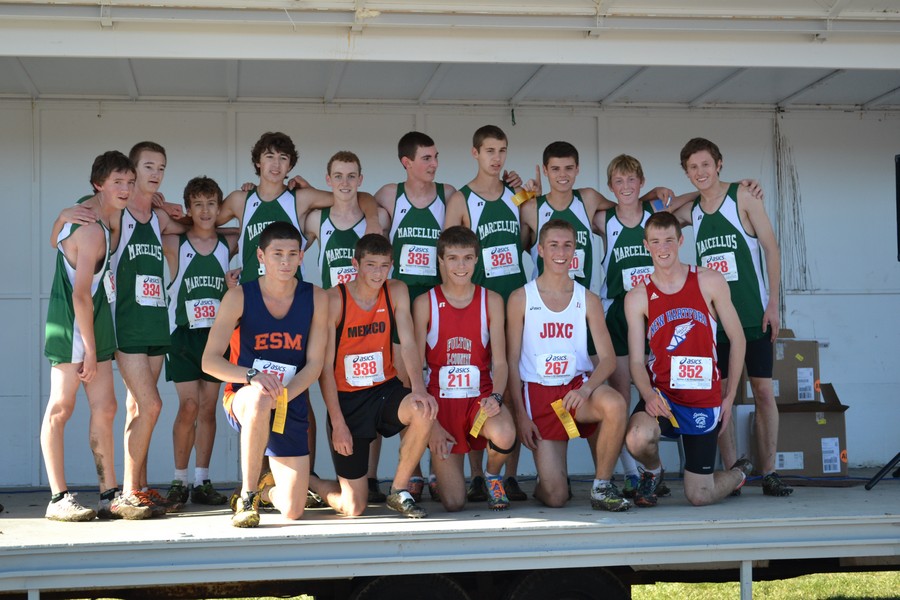 Coming into the race, everybody knew where the line was drawn.  Westhill-Ludden and the Marcellus girls were in for a fight to earn the team title for Section 3 Class B.  The big question was, would Marcellus' #2 runner,  Maggie Dunn, be in the race, and what condition would she be in after missing the two meets prior.  Upon racetime, Maggie was on the line ready to run, so tensions were high for both teams.  In the end, Westhill managed to put three in the top 5, securing their ticket to the state championships.  We spoke with one of the Westhill cross country coach Jerry Smith about his teams performance:

"I have mixed feelings about our race today," Coach Reid told us.  "Our younger girls really stepped up when we needed it.  Unfortunatly, some of the older girls were unable to run as fast as I know they are capable of.  I am happy with the win, and I do give respect to the Marcellus girls for making it such a close race.  I really expect my girls to be competitive next week at states, I know they are able to.  I would really like for us to place at least in the top 5 or 6 at states for Class B." 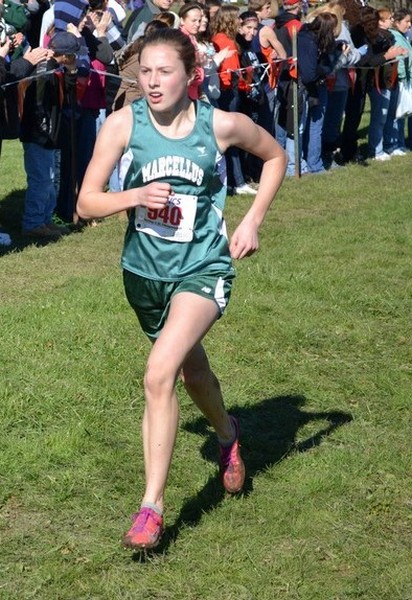 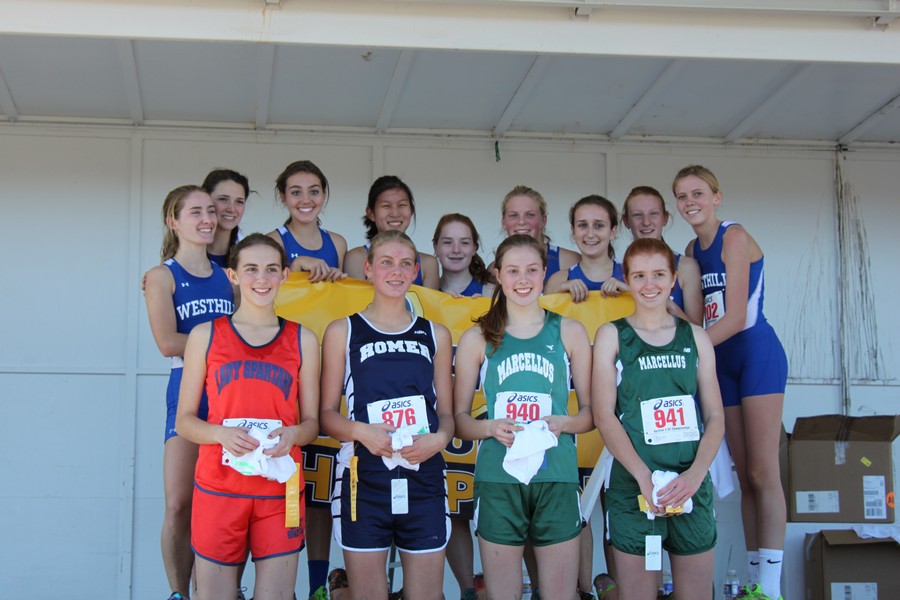 Coming into the race, only one thing was assured: this was Brendan Smith of CBA's race to lose.  Ranked #5 in New York State, Smith has had an impressive winning streak as of late.  Team-wise, the stage was set for a close matchup between Hannibal (154.6) and Hannibal (153.8), with Tully (150.2) not far behind.  The race finished just as close as the rankings predicted, yet there was something amiss.  Officials witheld the results from the teams, both Hannibal and Holland Patent anxiously awaiting the results, surrounded by their parents and coaches.  In the end, Brandon Baird was deemed disqualified, after an allegement of unsportsmanlike conduct on the course.  This secured the win for Holland Patent with a final score of 74 points. 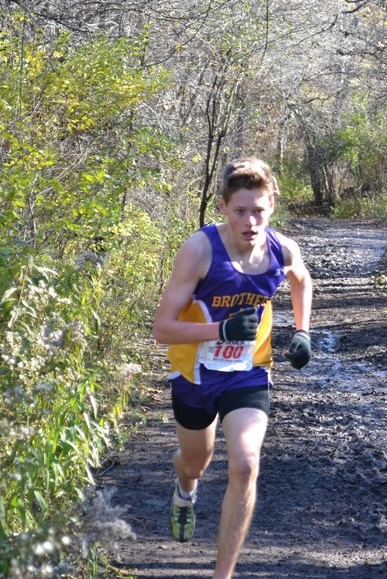 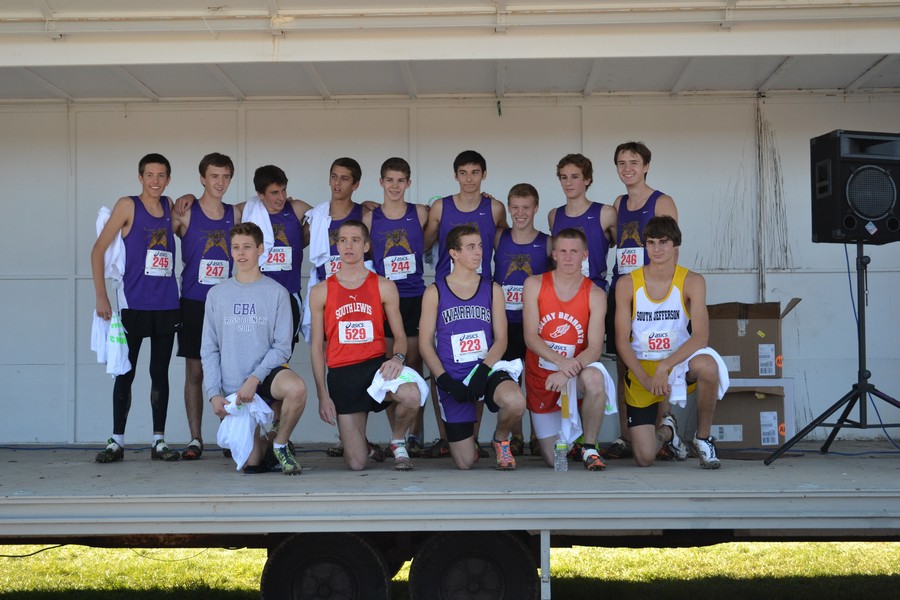 The girls side also had their own expected top finisher with South Lewis' Victoria Campanion.  Finishing with a margin of 32 seconds in front of teammate Christina Platt, she secured her bid to the state championship.  But it was Tully girls, with an 18 point advantage over Cazenovia, who would snag the team title. 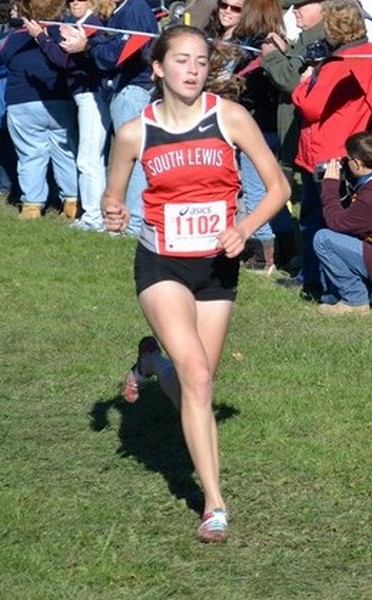 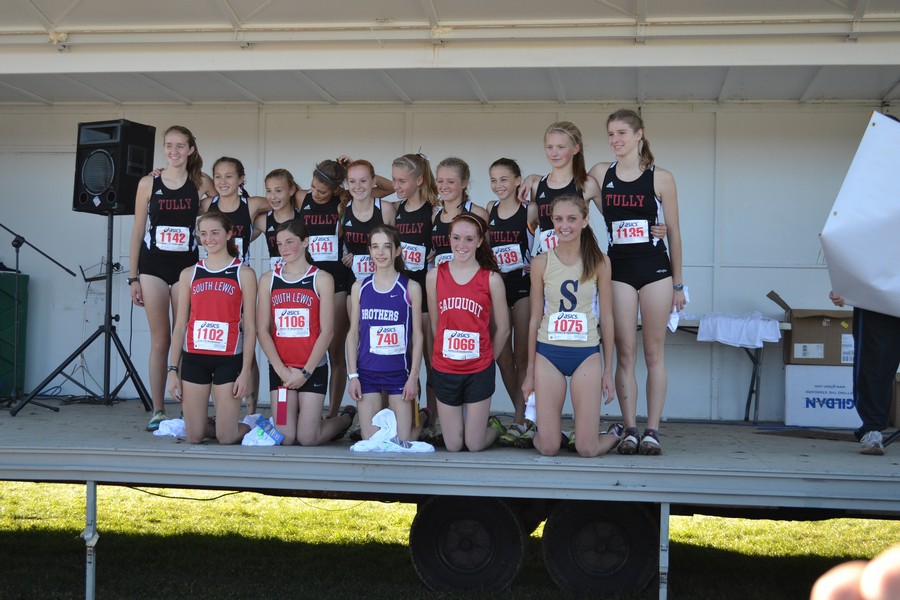 Heavy favorite Beaver River had little to worry about, as they finished with 38 points to second place LaFayette's 105.  This sets up a great Class D matchup at states with titans Barker and Berne-Knox standing in their way. 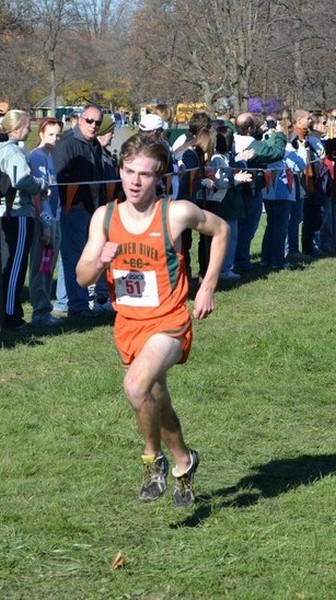 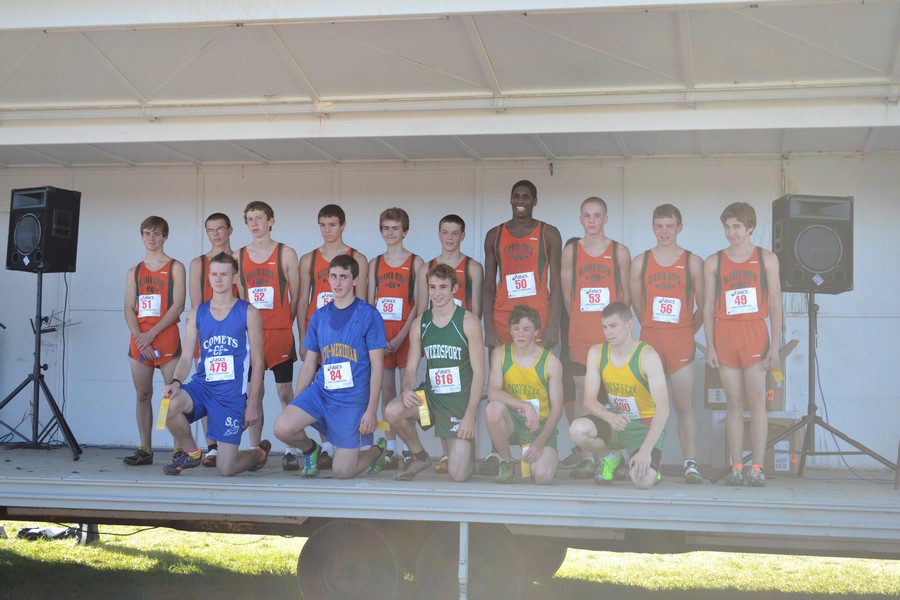 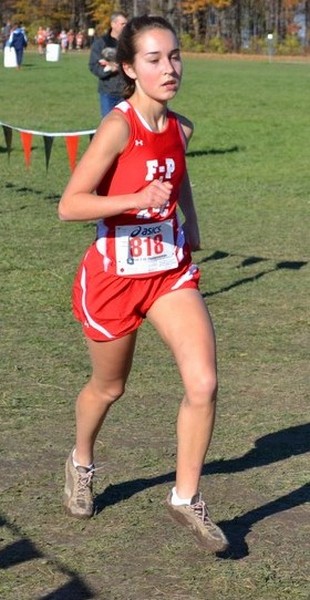 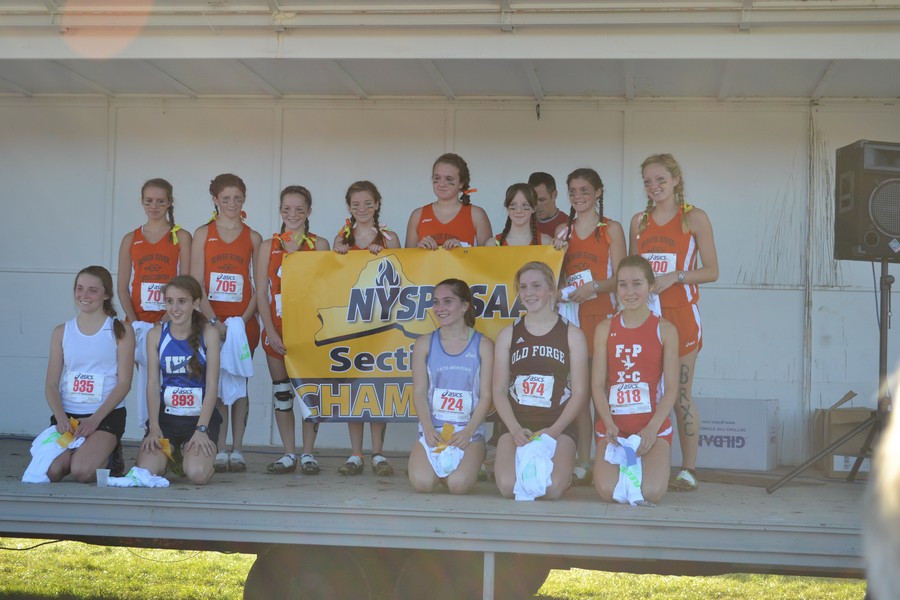