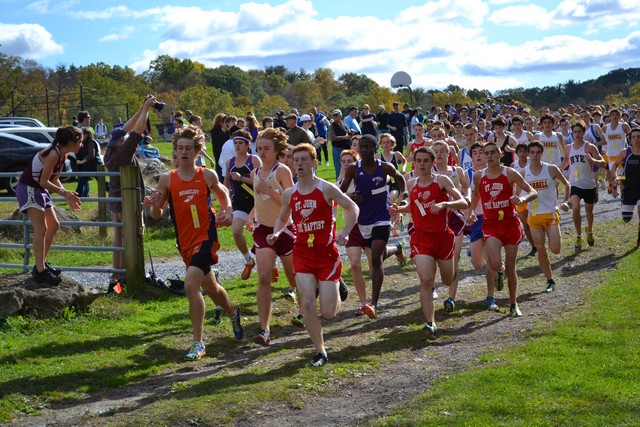 Bowdoin Park, one of the premiere cross country courses in the northeast, is home to both the Nike Cross Nationals Qualifier as well as the NY Federations Championships.  The Section 1 Coaches meet has always drawn a competitive crowd, last year highlighted by Honoeye Falls Lima and East Aurora, and this year highlighted by a strong Long Island contingent with St. Anthony's and Garden City.  The temperatures ranged from warm to moderate on the very hilly course, split evenly between ascension and declension. 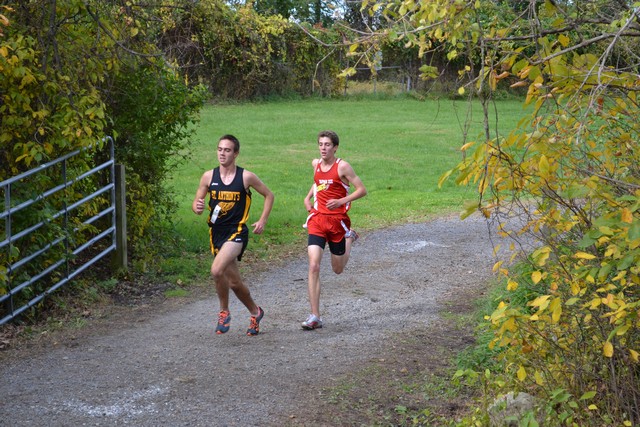 Patrick Ginty of Saint Anthony's won the race with a time of 16:33

The first varsity race of the day went off at 12:30, highlighted by a showdown between Patrick Ginty of Saint Anthony's and Nathan Kotch of Tappan Zee.  The two were neck and neck coming into the last 1000 meters off the hill.  It was Ginty's superior kick that nabbed him the win by a margin of 6 seconds. 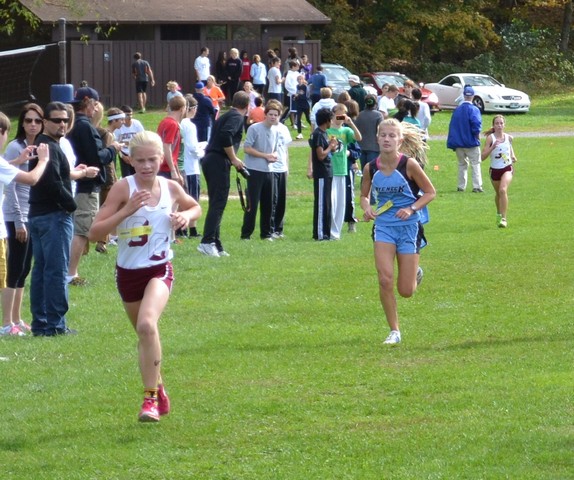 Stephanie Gerland of Garden City won with a time of 19:12

Stephaine Gerland of Garden City traveled a long way to make this meet.  Her squad did not have a strong start, well behind a pack of Nanuet girls six strong.  Again, entering the last 1000 meters of the race, it looked as if Stephanie would be unable to overtake the strong Natalie Tanner of Rye Neck.  However, as the lead runner runner emerged from the last wooded area, it was Stephanie coming down the last 200 meter straightaway to nab the win.  Stephanie, only an 8th grader, led her team of underclassmen (three 9th graders, and three in 10th) to a strong 2nd place finish.

"I felt Tanner really helped push me in the race," Gerland said.  "I always run better with competition pushing me.  We are used to a strong field of runners when we run back home against section rivals North Shore." 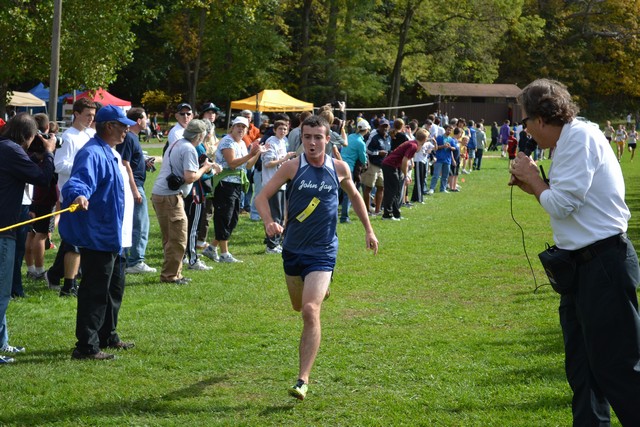 Mike Turi of John Jay-East Fishkill won with a time of 16:15

Senior Mike Turi of John Jay-East Fishkill took the race home with a healthy lead over the small pack trailing him.  This feat is even more impressive when that small pack behind him was made up of notable names like Dan Galford of Monsignour Farrell, Taylor Love of Rye, and Sibby Hanson of Arlington. Turi finished with a clear 8 seconds ahead of the close fight for 2nd.  Arlington, ranked 8th nationally and 2nd in NYS, took the team title, reassuring their dominance.   We spoke with Coach Arnett previously at the VVS Invitational, where he stated his intentions clearly: he wanted his team to have the recognition they deserved.  Since that meet in early September, Arlington has had some very noticeable victories over Rush Henrietta Sperry and Shaker, two of the states' top teams.  We spoke with Coach Arnett again to catch up on his teams progress.

"I think we had another good performance here today," Arnett said.  "Most special for me was that our 7th man became our 5th man today, showing we have the depth we need.  We really have a special group of guys here.  I think it is a little premature to make any assumptions yet, but I know they have the spirit to take them as far as they can go, whether that be Federations or Nationals.  Next year, we lose only 2 of our top 8 guys, so I am really excited about that.  We lose (Eddie) Merenda to graduation which is a big loss, but I know that our underclassman have the spirit to fill that gap."

Mary Cain of Bronxville won with a Section 1 Course Record of 18:02

This race was Mary's from the start.  She had run it last year, albeit with a lot less cross country experience.  This was not last year.  Her lead was apparent from the first 500 meters of the course.  She attacked the hills both up and down.  Her time beats out Kristen Reese of Carmel's Section record of 18:12 in 2004.  The next fastest time on the course all-time belongs to Molly Huddle, who went on to be a long distance powerhouse for the USA.  Mary herself was humbled by her performance.  When MileSplit asked her how she felt about the race, she simply replied, "I just tried to attack the hills as best as I could.  When I came to the finish and heard the time, I was shocked." 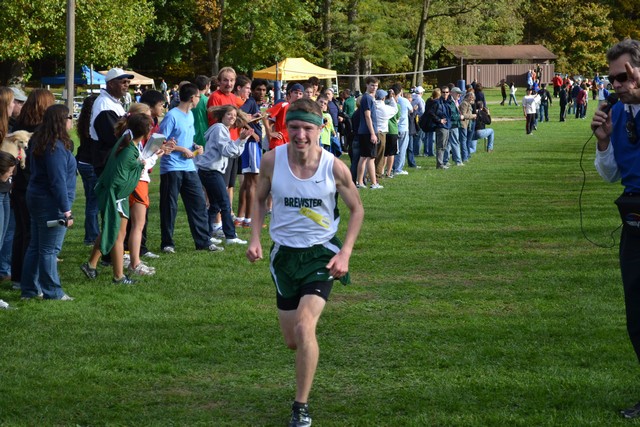 Justin Maguire of Brewster wins in a time of 16:21

The most even race of the day going into the race, 5 teams were in a range of 20 points vying for the win.  Ultimately, there was tie between Brewster and Suffern for first place, decided in Brewster favor based on position of their 6th-man.  Justin Maguire raced well again, setting himself up as one of the top runners in Class B.  Class B has a very deep top end with individual runners; 6 are ranked 180 or higher based on Tully Runners' speed ratings.  Brewster beat out Class B rival Somers for the win, but Somers will be looking for a rematch at Westchester County Champs next weekend. 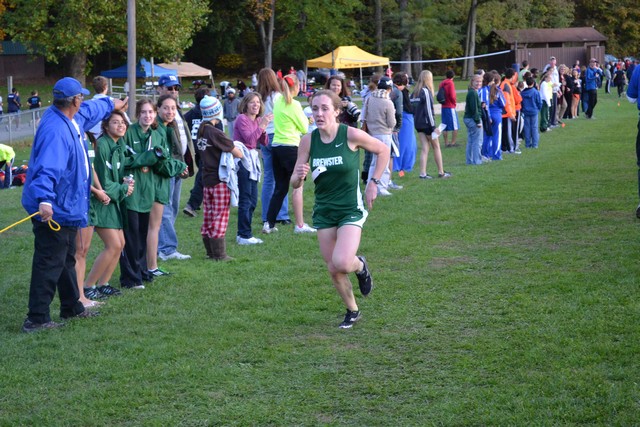 Ariana Bottalico of Brewster won with a time of 19:04

Arianna Bottalico beat out a trio of strong Pearl River runners, including a very strong Molly Shine, to grab the win in the last race of the day.  However, it was Pearl River finishing four in the top ten that impressed the most, and also lead to the lowest team score of the day: 31 points.  Pearl River looks to be the top team in Class B, and in a good position in Section 1 overall.