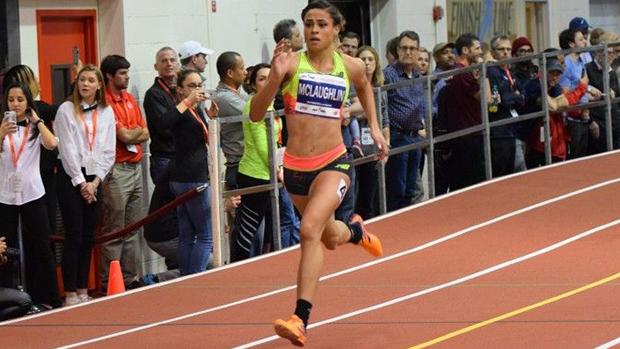 Sydney McLaughlin (Union Catholic, NJ) made several great attempts at the 300m national record, and Millrose was one of them. She'd eventually get her record in late February, but here would come tantalizingly close. Racing against several Olympians here, she's join the ranks as an Olympian herself later this year, albeit over 400H. Then, in her college debut, she'd knock out a casual 36.12 to shoot her to the top of the Bowerman watchlist.