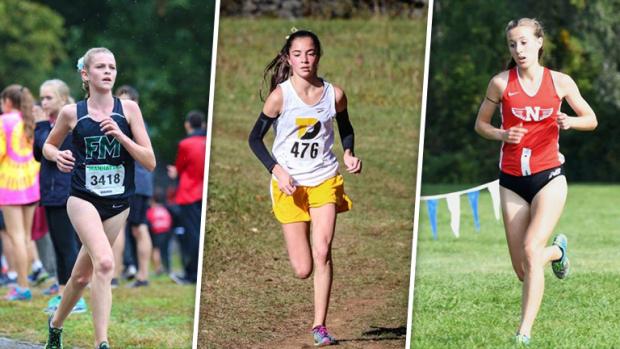 They're coming from all over for Eastern States again, and the reason is obvious. Only one team has ever won the NXN national championship without running in Eastern States,  so this is the event you need to pay your dues at if you want to get that winged trophy in December at the big dance.

Fayetteville-Manlius won its third straight Eastern States race last year on its way to a third consecutive national championship and tenth overall. But this year rumors that the Hornets are vulnerable to an ambush either in New York or elsewhere have been getting web time, and there are a number of squads including FM's near rival Liverpool and the top teams from four other states that have dreams of springing the upset.

A little after 3:00 this Saturday, we'll see if anybody has been able to stop the Hornet streak.

**  2 of the top 25 speed ratings ranked teams in the US, including reigning national champ F-M

**  5 teams that are ranked or rated as the top squad in their state, from DE, MD, NY, RI, and VT, plus another three that are rated in the top 3

The crowds will be screaming louder than an NYC subway coming into a station, the tee shirts will be shouting out the deepest thoughts ever thunk by humankind, and all of the runners will be having the times of their lives. it just can't be beat.