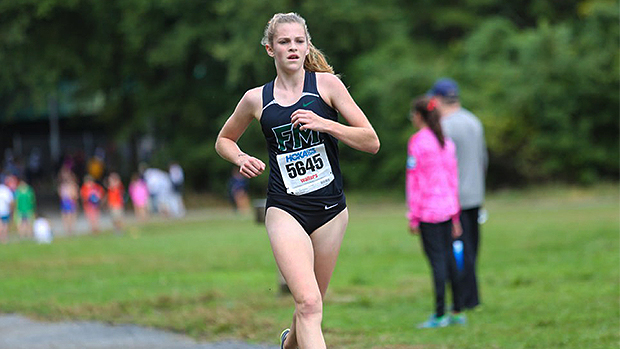 There are scores of coaches and runners who consider Claire Walters one of the best and brightest runners to come out of upstate New York in quite some time. And for good reason.

A state champ in all three seasons. A three-time NXN team champ. A Penn Relays champ. A Manhattan Eastern States Champion. An indoor nationals silver medalist. A Millrose miler. The list goes on.

Walters' ability and her record have pushed her on to a national stage, earned her a scholarship to an Atlantic Coast Conference [ACC] school and made her a favorite to watch anytime she toes the starting line.

The one person, however, who prefers not to focus on how successful she has been is Walters herself.

The 17-year-old Fayetteville-Manlius senior not only has embraced head coach Bill Aris' team-first philosophy with a passion, but she's also takes a similar approach in a personal sense. Sure, like most teenagers, Walters might spend a quiet moment and appreciate all she's accomplished over the last five years.

But there's also a more spiritual outlook to her when it comes to the bigger picture, one about which many people don't know. She is very involved in her church's youth group and that collection of friends, along with her faith, has helped keep her grounded during her rise up the national prep running ladder.

"God is definitely first out of everything for me," said Walters, who committed to North Carolina State earlier this month. "It can be hard, especially in this sport sometimes. You can get more self-oriented and you can be tempted to think 'I'm doing this for myself'. You can fill your ego up with all the media hype and all that but you have to keep self-centered and know what your values are. If you keep that at the core of everything, the rest will follow."

The humility Walters exhibits seems matched only by her running prowess. She's not one to brag--that much is certain. However, there are plenty of other people who have watched her grow over the last five years who will sing her praises.

Among them is Aris, who has been coaching at F-M for nearly three decades.  Typically reticent to speak on one of his individuals, as she continues to improve going on five years straight, it's hard to ignore. 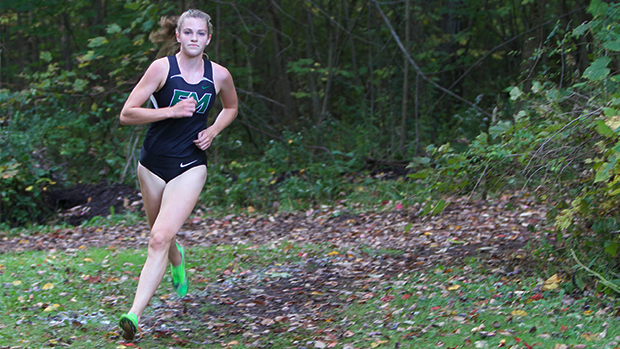 Aris ranks Walters among the best he has ever coached. And while he points out that she hasn't won another state title since her stunning victory as an eighth grader, she has steadily improved each year since.

"Some of my greatest runners had all the tools," Aris said. "Claire ranks right up there as one of the best if not the best cross country runner I ever coached. When a girl wins a state championship in eighth grade as a tiny peanut, you think her rise will be unlimited. But you only have downhill to go from there.

"But she has steadily improved from eighth grade to now. That's a wonderful thing to say about a kid and it has propelled her to where she is now and to a scholarship that she was offered and accepted. It has come together beautifully for her. She has strength, determination and will power and she is a competitive kid but she has a graceful persona that belies that competitiveness."

That improvement of which Aris spoke was on full display earlier this month during the Eastern States race at the Manhattan Invite in Van Cortland Park. Walters has also placed fifth at Nike Cross Nationals each of the last two years. She has the third-highest speed rating in the country this year, only behind reigning NXN champ Tuohy and reigning Foot Locker Nationals champ Sydney Masciarelli.

It has been an eventful journey, one for which Walters is thankful. She can look back at where it all began and appreciate what it took to get from there to here.

"That day in eighth grade was 'Whoa, what a fluke'," Walters said. "I didn't realize what the state meet was and I was just thinking I'm happy to be here. Ignorance really is bliss. I didn't know what I was doing. My teammate Kaitlyn Neal (Now running at Washington University) was up front and I was making sure I stayed with her and could see her. I'm a pretty good hill climber and on the back loop [at Monroe-Woodbury] I got into first.

"It [winning] is always something that is in the back of your mind and it would be great to do it again. But I don't expect to do it at the state meet all the time. Still, I look back at how different I was. I was little and all this was new and fun. I didn't think much of it because I wasn't an experienced runner. Take the 3K. To break 10:30 was huge for me in eighth grade but now my standards are so much higher. I've been able to grow [as a runner] so much over the past four years." 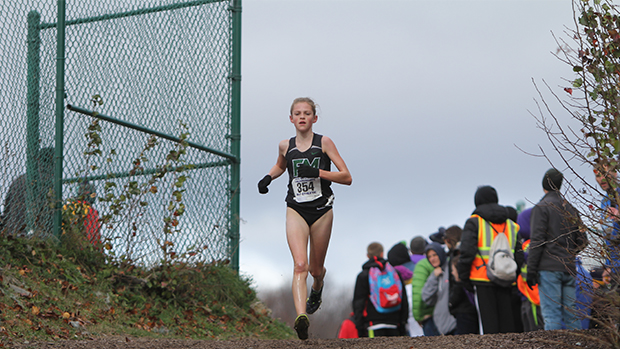 Walters has also grown as a person and points to Aris as a big contributor to that growth, both on and off the course. The life lessons he imparts on her and her teammates every day, according to Walters, have made a tremendous difference in her outlook. She has learned to be less goal-oriented and focus more on the process of reaching her goals.

"I am so lucky to have this team and the unique experiences it has given me," Walters said. "I never imagined it would be like this when I was younger, especially with coach and how much he teaches us. I was definitely listening to him as an eighth grader but you don't get it until a certain period of time. He repeats the things he says in different ways and it finally clicks and you get it. You finally understand why he said that."

Aris (below, with 2015 team) has guided his team to 11 NXN team titles in the last 15 years and his program was the subject of a recent book, Amazing Racers: The Story of America's Greatest Running Team and its Revolutionary Coach, by Marc Bloom. Walters is a prominent figure in the book's latter chapters and the epilogue. The book details the program's rise and success, including the careers of her older brother Joe and older sister Rebecca [second from right], who is currently running at Marist College. 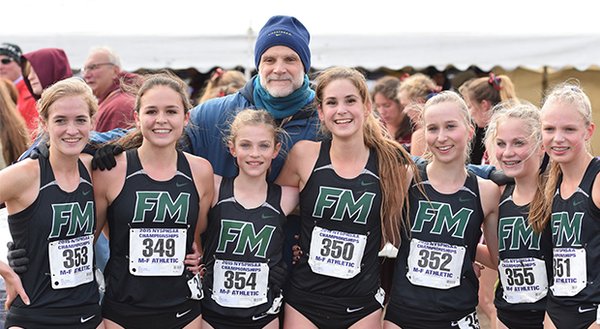 Joe Walters was on the 2014 FM squad that won the National Championship and it was that team and her brother's efforts that provided inspiration.

"I remember watching that race and that was the thing that made me want to run," Walters said. "I was thinking, 'Whoa, this is cool, he's on a live webcast'. That was some huge thing." 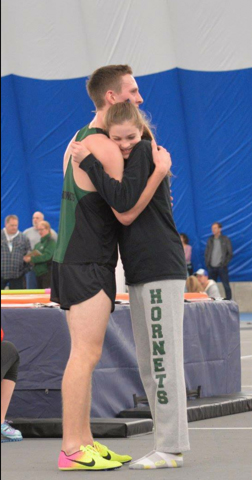 "And to have my older sister on the team with me for three years were some of the best times I had with her. Joe motivated both of us. It was a unique experience winning a national championship with my sister. People have siblings but they don't always have a sibling who is there with them for that. That's something I am really grateful for."

Walters has a younger sister, Catherine, in seventh grade and she is hoping that she can be as inspirational as her brother was for her. She says it would be "cool" if that happens.

Perhaps Walters will do something over the next month or next year in college that will serve as an inspiration for her sister. She's looking forward to life in North Carolina, getting out of the snow and studying something involving sports marketing and design.

She'll also be part of what figures to be an extraordinary team. The Wolfpack also landed Alyssa Hendrix, a three-time Florida state champion, and Liverpool's Jenna Schulz. Earlier this week, PA's Marlee Starliper committed, rounding out what may be the strongest recruiting class of the year. Starliper and Walters roomed together this Summer for a week, at the Nike Elite Camp in Portland.

"I never thought this is where I would be [when I started] five years ago," Walters said. "I went to a Catholic school when I was little and that ended after sixth grade. I jumped to the FM middle school and I got there in seventh grade thinking, 'what am I going to do with my life'? I think of that moment and think 'look at you now'. I've done all of these things that I couldn't even dream of when I was little. It's insane."