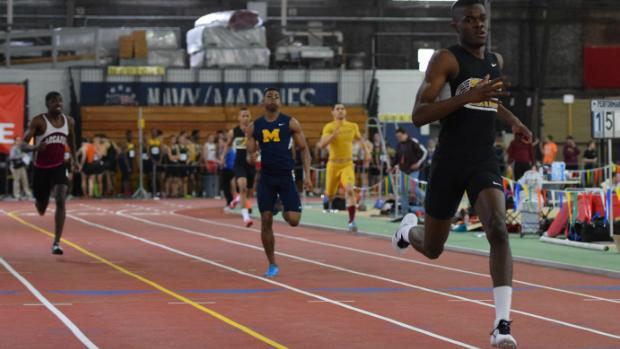 For those that follow the sport over extended periods of time, it would seem like there is a never ending array of record breakers.  Every year, State Records that were once thought "untouchable" are shattered by unthinkable margins.  Once in a generation athletes are being replaced some five years later.  And it always leads to the same question.

Is this the best year ever for Track and Field in NY?

Probably not.  While the girls have some of the best ever athletes, the boys aren't carrying their weight, with only one record on the boards.

But we wanted to dig more into that loaded question.  First, we had to decided what determines a year as best?  Looking at the parameters, we decided that a State Record is the pinnacle of an event "at the time it is set," and the more State Records you have, the better your year.  Via Larry Byrne, New York is very fortunate to record Class State Records, allowing you to see an athletes progression over time.  That way, if you have two record breaking athletes in a single year, the superior doesn't overshadow the other.  So instead of State Records, we're looking at State Class Records.

Note: To provide equity between both genders, we did not consider 7th or 8th Grade Records.

You can check out our findings below.

Records By Gender By Year

What Year Was The True Golden Age?

Full Disclosure: The argument could be made that Records are much harder to break in present time, than they once were.  However, we decided to not factor in this improvement, because "at the time," the current State Record had never been achieved before.  A deeper analysis on how low can our State Records ultimately go, and for how many years can we expect to see the amount of records to be broken each year happen at such an expansive rate before a final plateau, is a story for another time.