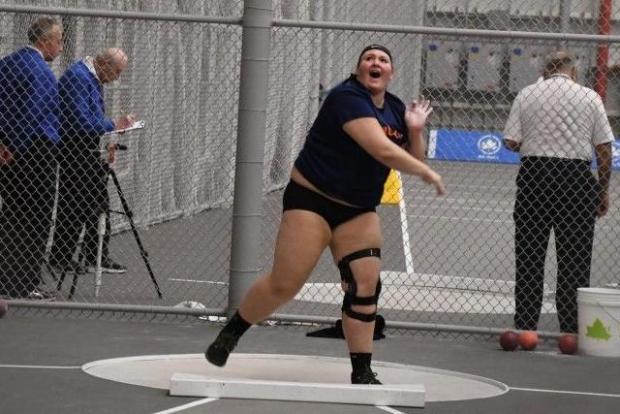 None of the athletes in the Combined Shots ThrowDown were going to throw away their shot, and in fact they all made sure to take a shot both indoors and outdoors. The shot put is the one weight event that we see a lot of in both track seasons because for some odd reason none of the stadiums want to do the discus, javelin, or hammer throw indoors.

The first wintry half of the CSTD ended with four throwers well out in front, each with plus 700 scores for indoor marks that were more than 42 feet. Rachel Donner was the state champion and finished in the top spot indoors with a 43-10.5 mark that was good for 752 points. Hot on her heels though were Valley Stream North's Juel Charles, along with Ashley Bosco and Ashley Walsh. 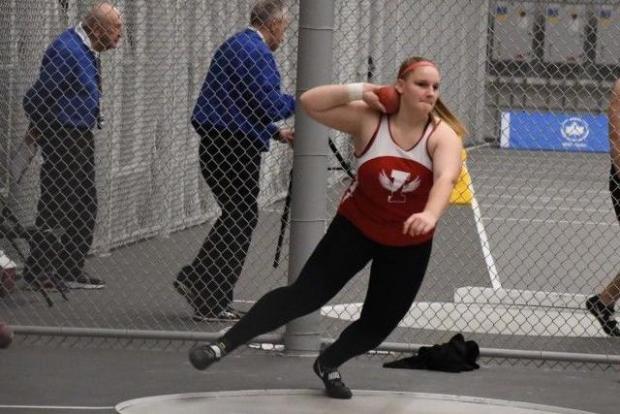 Outdoors shot champ Samantha Morillo played basketball during the winter, but Bosco finished 2nd to Morillo both at States and in the outdoor rankings. Her 45-5 at the Section 3 State Qualifier earned her the best score of any shot throw in the CSTD and edged her ahead of Donner with 1517 points to win the gold ring. Donner was 5th at States and 3rd in the outdoor shot rankings at 43-10.5 to take the silver with 1504 points. Ashley Walsh was 3rd at States and 4th in the rankings to move up one place from indoors to take the bronze ring. 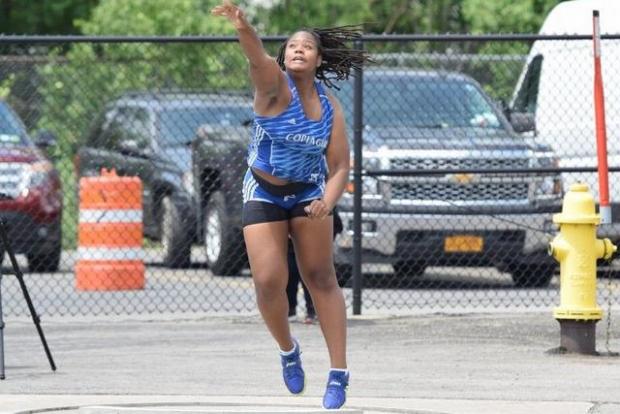 Juel Charles was not able to send the shot over 40 feet outdoors, but she was close enough at 39-6.5 to pick up enough points to finish at 1399 in 4th. Sarah Crockett was 4th at States and 6th in the outdoor rankings to pick up the same 5th place she earned in the Indoor ThrowDown. Copiague's Kyria Moore was back in the 11th spot in the indoor rankings, but she was 8th both at States and in the outdoor rankings and won a close battle for the 6th place spot in the CSTD. 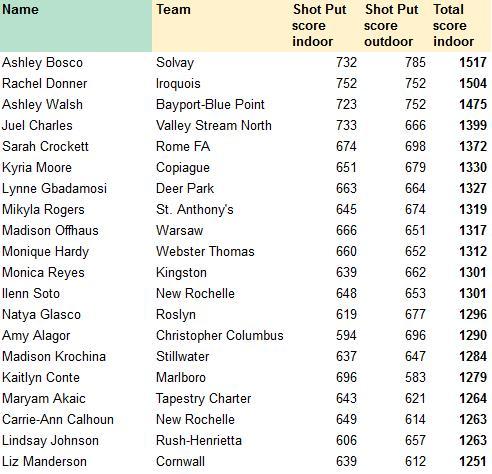 Twelve of the throwers had their best mark outdoors and 7 did their best indoors. Donner somehow managed to be totally consistent with 43-10.5 bests in both seasons, and Deer Park's Lynne Gbadamosi was almost as steady with a 1 inch improvement during the spring. 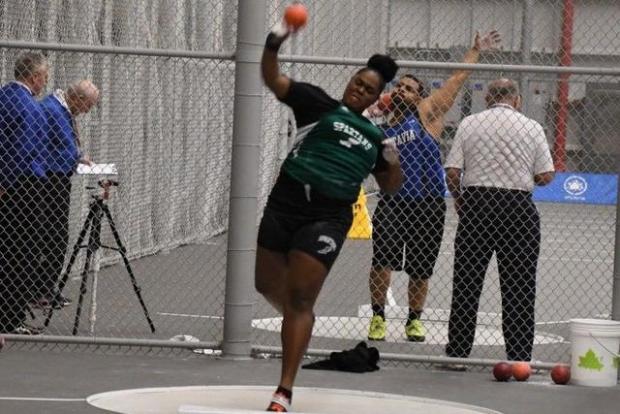