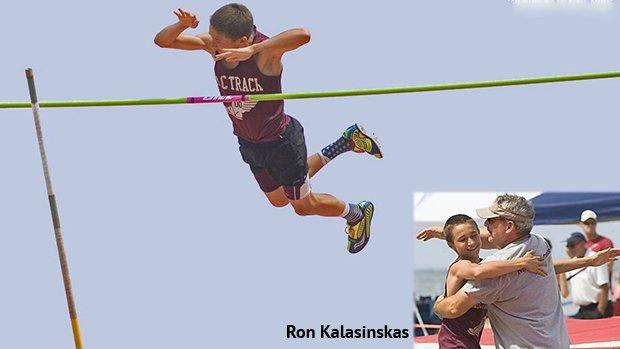 For those in Western New York, the season is only just starting, as the annual defrost takes longest in that part of the snow belt.  One name to watch already is Kegan Mancabelli (Orchard Park), who is already putting the 8th Grade State Record for the Pole Vault under threat. The middle schooler is not an unknown in the event, as last year, he cracked the State Record list for 7th Graders, hitting 12-5 during the final stretches of the Summer Season.

The jump wasn't without some confusion, however.  After initialing clearing the bar at an anticipated 13-0 feet, an outright record, the height was then re-certified by an official.  While Pole Vault standards can sometimes indicate one height, the sag in a bar may lower the actual height.  For a clearance to be legal, the bar must be measured at the height of the middle of the bar.  When re-checked, the clearance was amended to 12-8.

While in most events, Class Records would seem less indicative of future success, the Pole Vault is slightly different.  Due to the technical prowess required in the event, there is a standard improvement rate among those in the vaults.  National Record Holder Mondo Duplantis was setting Age Group World Records before the age of 10, and has continued his domination of the event.  On a more local note, Ryan Dall (North Rockland) set an 8th Grade State Record in 1990, then went on to set Class Records the next three years.