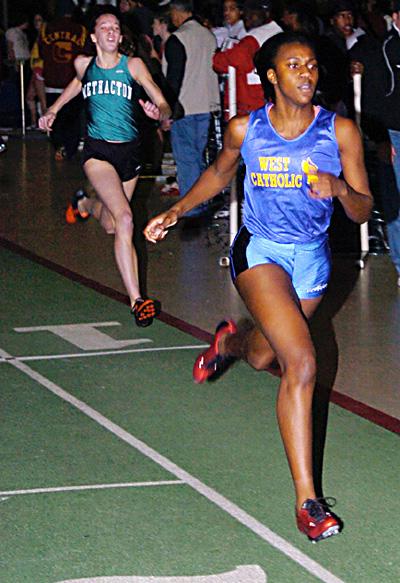 In the modern era of track and field, the first athlete we could find among the pro ranks was Nicole Leach (West Catholic, PA). Known more as a 400m and 400H athlete later in life, Leach was a star in HS as well, winning indoor nationals and The Penn Relays. She would go to represent Team USA in 2006, where she won the 400H at the IAAF World Junior Championships in Beijing.