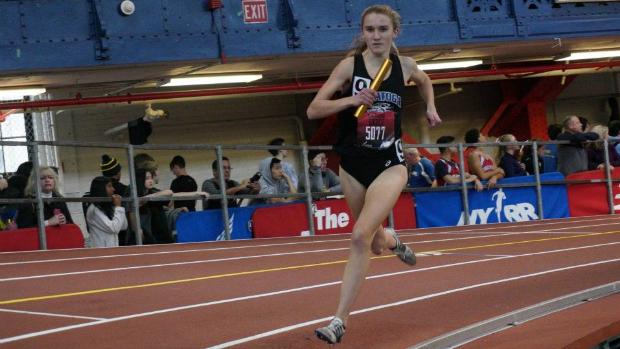 It was a busy day for the Saratoga Streaks, as both boys and girls headed down to the New Balance Games.  Their distance program is known around the country, and Saturday proved why.

Fresh off her win at the Great Edinburgh XCountry win, Kelsey Chmiel won the Invitational Mile in a US #2 performance of 4:48.94, almost twelve seconds ahead of the next best finisher.

And then she did it again.  Within the same hour.  Just 40mins after the Invitational Mile, was the Invite Distance Medley Relay, where Chmiel anchored her team to a Meet Record and US #2 in 11:59.32.  Chmiel's anchor was clocked at 4:48.75.  An impressive outing for the Junior, who qualified for the Millrose Mile with her win.

Chmiel wasn't alone on the relay, or in the individual events.  Teammates Ciara Knott and Carley Vetter took 3rd and 4th in the seeded 2 Mile.  And then there were the boys.

The Saratoga Boys brought a much smaller contingent to the Armory, with a singular purpose: to run fast.  And that they did, clocking the 23rd fastest DMR ever run by a New York Squad.

Saratoga was even with the field for much of the race, the exchange going over to anchor Shea Weilbaker near dead even with a strong team from Xavier, the meet's defending Champions.  But it was Weilbaker's 4:14.99 anchor leg that pulled away from the field, and crossed the line 4 seconds ahead of the Meet Record set in 2014. 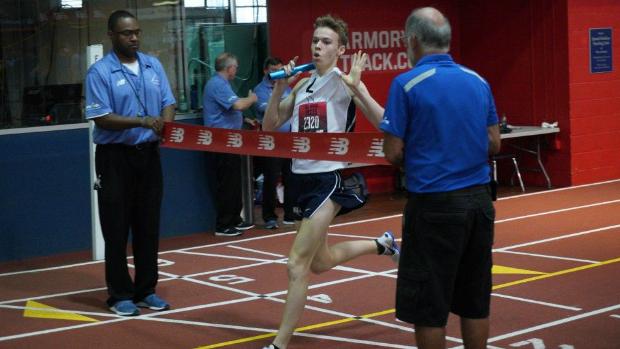