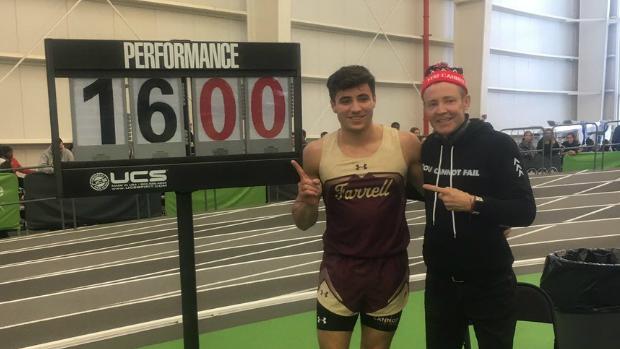 All he needed was one inch.  Coming into the Ocean Breeze Holiday Classic, Charles Crispi (Monsignor Farrell) had jumped 15-11, just short of that magic number for all Pole Vaulters.  The difference between good and great.  He had one day left to do it in 2017, as the year was ending, and it was the last meet possible.

Mission accomplished, as the Staten Island senior soared over, and began to move the bar up.  After a few attempts at higher heights, Crispi settled with his US #4 performance at 16-0.

Crispi's 16-0 pushes up his own facility record at Ocean Breeze, especially important as the State Championships will again be held here in early March.  Hear from him below.