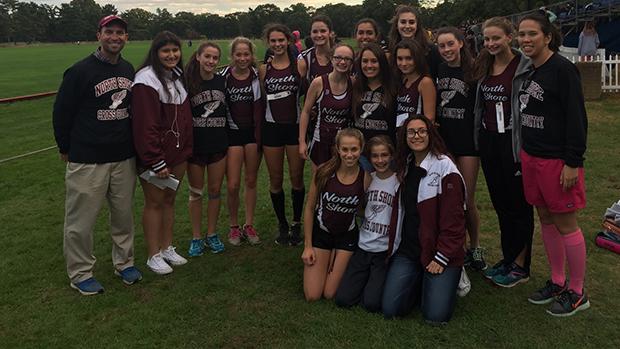 Last night, the North Shore Girls Cross-Country Team added another undefeated season in conference and county competition. This marks the teams 10th consecutive year of never losing a race within conference competition.  Overall, their record is now 128-0 during that ten year period.
In Section 8, dual meets are contested as either tri or quad meets, consisting of the corresponding number of teams.  Run as one race, results are then parsed out into individual dual meets, or head-to-heads.  As a point of reference, the XC conference meet competition is the sole criteria for the Division and Conference Team Champion. There is no other criteria, and therefore produces some very highly contested competitions.
It is believed to be the longest such record in Nassau County, for either gender.