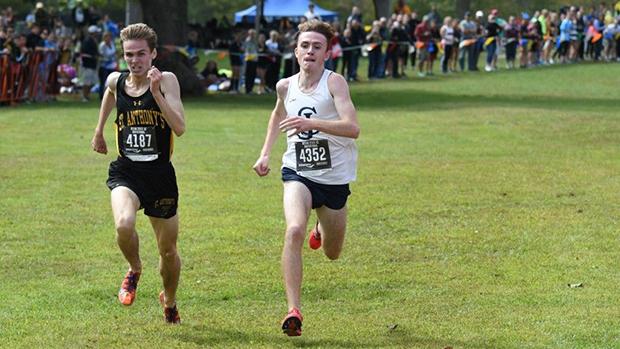 While the team competition may not have been as New York heavy as had been on the girls race, the individual battle was the closest of the meet.  Saint Anthony's lead man in Mason Gatewood came down to a lean at the line with Tristan Shelgren of MA.  Shelgren would get the nod at 15:31.33, while Gatewood would grab 15:31.60.  However, the mark is now the fastest Speed Rated performance for a New York male, at 187.47.  The senior placed 109th at Feds last year, and had made dramatic improvements on the track in the Spring.  He now stands as a possible candidate for a Post-Season run.