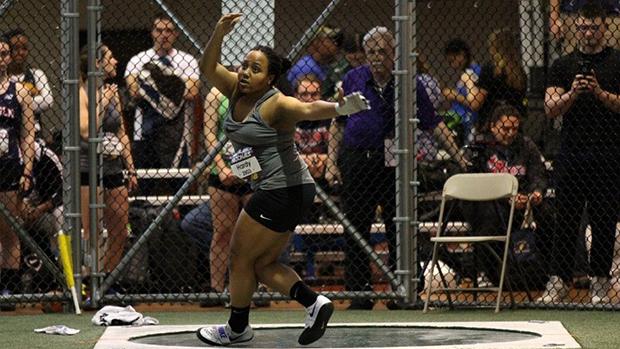 Brockport,  NY - While the season may be done for most, the summer club season is just getting started.  And with the extension of the scholastic season, several athletes are rolling into form now.  For Monique Hardy, options are limited to attempt the Hammer Throw within the season.  While the Weight Throw was added to the State Meet schedule just a few years ago Indoors, the Hammer Throw is one of the few events left out of the Spring Schedule.

Competing at the Region 2 USATF Junior Olympics, Monique Hardy (Webster Thomas) took down a ten year old Frosh State Record in the Hammer Throw.  She won the event in 46.18, or 151-06.  The mark takes down Karen Henning's record, set in 2007.   Henning was the younger sister to Walt Henning, State and Soph National Record Holder in the Weight Throw.  The throw moves Hardy to NY #14 All-Time in the event.  Hardy was only 0-1.75 off the Frosh Indoor Weight Throw State Record.