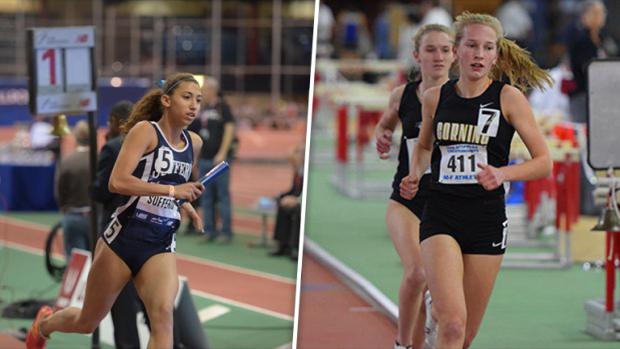 In the world of High School competition, injuries are an ever constant threat.  As the body is developing, the stress of competition can adversely affect the natural progression into adulthood.  For a Coach, an ever-watchful eye is kept on all their athletes.  But sometimes, things can come out of nowhere.

New York is not in short supply of National-Level talent on the girls side of the action.  On January 1st, New Yorkers held a majority of the National Leading times from the 600m on up to the 2-Mile.  Two such names on that list would be Jessica Lawson (Corning) and Kamryn McIntosh (Suffern).  However, despite both owning a US #1 performance at some time during the season, each is having their own unique experience with injury.

Kamryn McIntosh To End Season On Road To Recovery 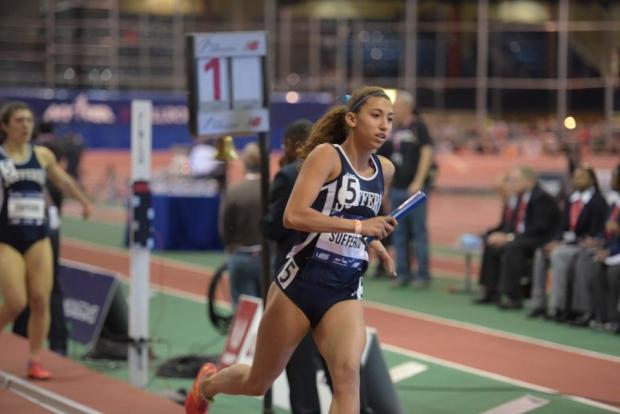 Today's Armory Track Invite was billed to be a US #1 vs. US #2 All-Time battle over 600m.  Kamryn McItnosh was the National Record Holder in the event from 2014-2016, until the mark was broken earlier this year by Sammy Watson (Rush-Henrietta).  However, on the eve of competition, McIntosh visited a doctor to address fatigue, and got some unexpected news.

Not sure how much has gotten out there about Kam and her current medical situation. She unfortunately will not be competing this Saturday at Armory Invite, nor the rest of the Indoor Season.  She has a cardiac issue that is going to require surgery in the next 2-3 weeks.  It is minor surgery as far as heart surgeries go, and she will make a full recovery.  Considering it is fixing the efficiency of her heart, she could be stronger than ever returning (for the Spring Season).  We found the condition while verifying concerns of her iron level.
---

The condition is the second unexpected, and unpreventable injury McIntosh has endured her HS career.  As a Junior, McIntosh had to forgo much of her competitive scholastic year, due to minor stress fractures that were really indicators of a benign tumor in the knee.  After much recovery, McIntosh returned to compete at States that Indoor Season, and was at full strength this Fall.

We all at the MileSplit family wish her the best in her recovery, and look forward to seeing her as strong as ever.

Jessica Lawson Enjoying 1st Race Back After Sidelined This Winter 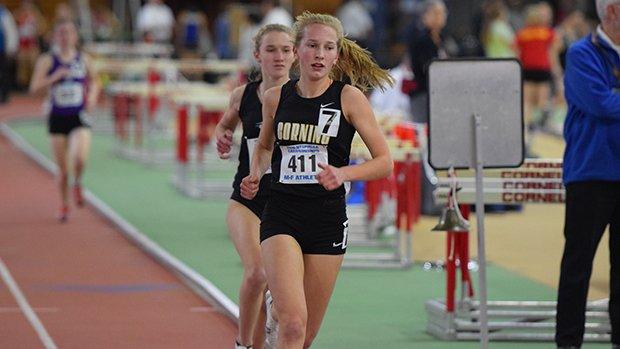 After taking 8th at NXN, Jessica Lawson was ready for a between-season break.  But like many athletes who push their cross country seasons past the regular season, it made sense to test how that strength would translate to the track.  For Lawson, it would result in a US #1 that hasn't been topped since.  One week after competing in Portland, Lawson would go NY #4 All-Time in the 1500m, winning the Ithaca Bomber Invite in 4:26.44.  Then, it was time for the well earned break.

The race wasn't without concern, however.  Speaking to MileSplit at the Ocean Breeze Invite, Lawson said,

"Right after Nike, I started to feel a pain in my left foot.  It turned out to be an Neuroma of the foot ( thickening of the tissue around the nerve between the bases of the toes (usually between the third and fourth toes)).  So for the past month, I've been doing some Aqua Jogging back home, so it's awesome to be back running."

The Ocean Breeze Invite was Lawson's fourth day back running.  There, she would anchor her relay in an evenly paced 2:17 effort.  Lawson has been getting her meets in this season, doing the typical "Distance Runner Shot Put," that many employ, in order to not have to fight for an injury waiver.  However, one would most likely be granted with a doctor's note.

Hear the full interview below, where Lawson discusses how the race felt, and her goals for the rest of the season.