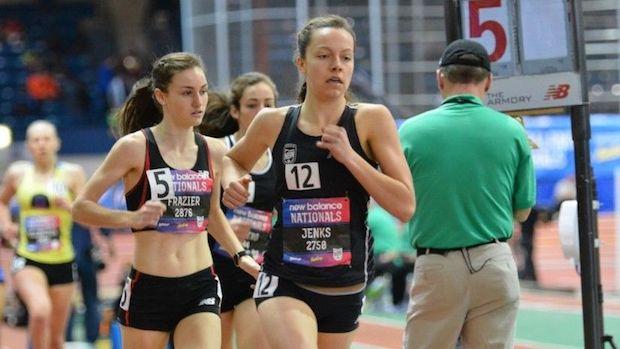 The nation's top-ranked 1,600m runners in Stephanie Jenks and Ryen Frazier will race at the Prefontaine Classic on May 29.

The Nike Prefontaine Classic will host two high school division races, an Elite Mile and Elite 200 meters, for the first time in event history. Both races will be held between 7 and 9 p.m. on Friday, May 29. The meet runs May 29-30 at the University of Oregon.

Confirmed entrants in the High School Girls Elite Mile are Stephanie Jenks (Linn-Mar, IA) and Ryen Frazier (Ravenscroft, NC), who currently rank U.S. No. 1 and No. 2 in the 1,600m this outdoor season with best marks of 4:40.78 and 4:43.22, respectively. The duo last battled in the Mile at the 2015 New Balance Nationals Indoor Championship. Frazier took runner-up honors in that contest (4:44.48), while Jenks finished fifth (4:49.70). Senior Frazier is a North Carolina State commit, while Jenks is a junior.

Jack Salisbury (La Salle Academy, RI) is a confirmed entrant in the High School Boys Elite Mile. The junior owns a best time of 4:08.76 for the full mile, which ranked him U.S. No. 5 for the indoor season. He most recently anchored his team to win The Penn Relays Carnival Championship of America Distance Medley Relay with a time of 10:12.10, which U.S. No. 5 on the outdoor leaderboard. 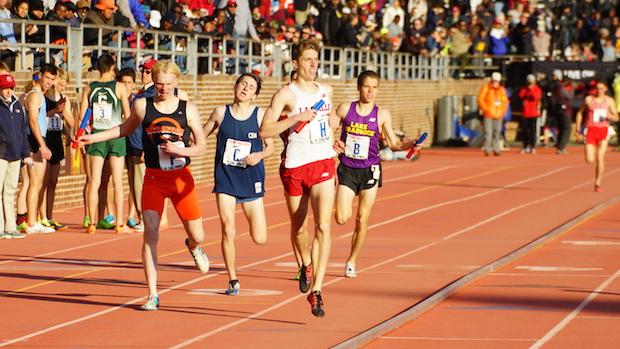 The full start lists for the fields are undisclosed as of yet.

The prestigious meet is the second stop in the IAAF Diamond League series, which encompasses a total of 14 track and field invitationals from May to September. The only other U.S. stop is the adidas Grand Prix, to be held on June 13 at Icahn Stadium in New York.

2015 will mark the fifth year that the adidas Grand Prix has hosted a Dream Mile/100 for high school athletes to participate in alongside professional athletes. The Dream Mile/100 fields are still not completely finalized, but was pegged to be the first time that many athletes from different areas of the country would race.

With this news, excitement for track fans should build as the nation's top two female milers in Jenks and Frazier will have not one, but at least two cracks at each other in the post-season. Both are confirmed entrants in the Dream Mile.

Top mile news from this weekend was the sixth sub-four minute mile in prep history, as Matthew Maton (Summit, OR) ran 3:59.38 to rank U.S. No. 3 All-Time in finishing third amongst collegiate runners at the Oregon Twilight. Grant Fisher (Grand Blanc, MI) is another prep on the cusp of the four-minute barrier, as his 3:42.89 1,500m equates to about the equivalent of a four-minute mile run.

Maton and Fisher are both confirmed entrants for the Dream Mile, but there is no more information about the Prefontaine Classic start list. The earlier date (May 29-30) has a greater likelihood of conflicting with state meets, graduation and other end-of-year functions. Neither Frazier nor Maton compete for their high school teams, which could present less of an issue with end-of-season conflicts.