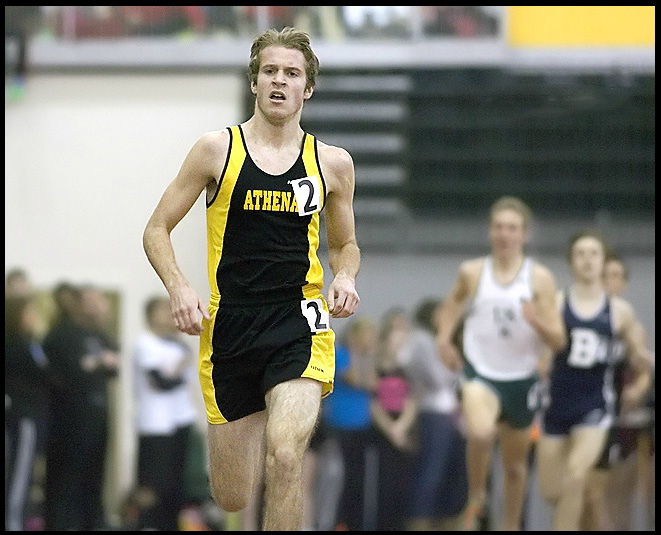 Keith Pease of Greece-Athena scorched the boys field with a new McMullen Mile Record of 4:18.44.  Pease's time would go under the Penn Relays Mile Entry standard, and puts him squarely in the position of top seed at the Indoor State Meet.  Speaking with MileSplit NY, Pease said,

"I went out hard for the first 800m, running with TJ Hornberger (Lake Shore).  I have been doing a lot better in the 600 and 1000 this year, so footspeed has been a focus.  After that, I gave it everything I had.  My goal is to continue on to the state meet, and win a state title in the mile.  My next big meet will be at Cornell, and it will put everything in perspective."

7 of the 11 boys in the race beat the National Elite standard of 4:31 in the mile, including TJ Hornberger, Tyler Ranke, Ross Pirnie, Brennan Root, Will Ronchetti, and Andrew Mullen.

Katie Lembo of Penfield had an equally dominant and spectacular performance for the girls, with a new McMullen Mile Record of 5:03.08.  Lembo's mark was good enough for NY #4, and a Penn Relays entry standard as well.  Eileen O’Hara of Webster Thomas also beat the National Elite standard of 5:20.  Lembo also has the third best mark in the state for the 3000 with her 10:08 from last week. 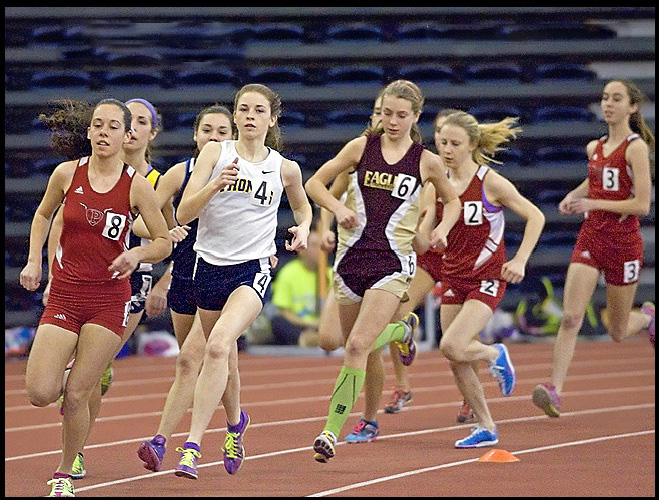 Desmond Mobley of Greece-Olympia was a double winner.  In the long jump, he won with a meet record 23-0, topping last week's 23-2, which remains as the leading mark in the state.  Mobley also won the high jump with a 6-8, bumping him up to NY #2 in HJ.  Mobley qualified for Penn Relays in both events. 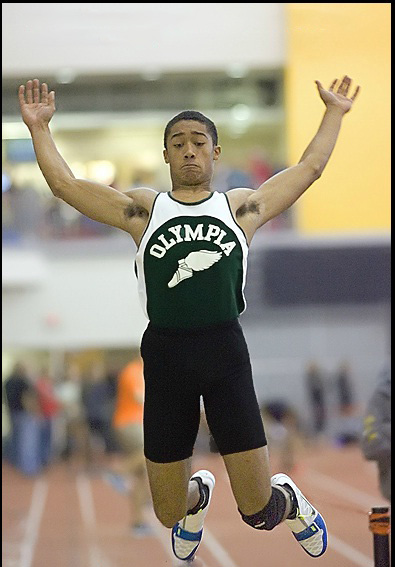 Amir Rogers of NE/NW College Prep won the 55M hurdles with a meet record of state leading mark of 7.61 (also the only Gold Standard National Elite mark in the event this year for all of New York). 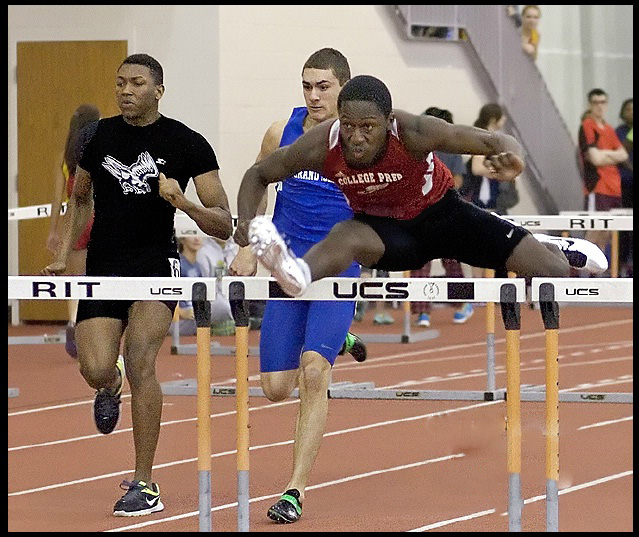 Last year, Brian Smith of Greece-Athena was undefeated in both the 55m and 300m, leading up to a state title in the latter.  I’ve heard Smith will be focusing on the 200-400 in the future, but after missing a couple meets, and just doing the 300M in the other, he came back today to do both the 55m and 300m.  His return also found him facing his new cross-town rival Olympia sophomore Carnell Noble.

Carnell Noble of Greece Olympia beat Smith in the 55m by the smallest of margins lowering his PR to 6.49 with Smith coming in at 6.50.  These are the 3rd and 4th best marks in the state. 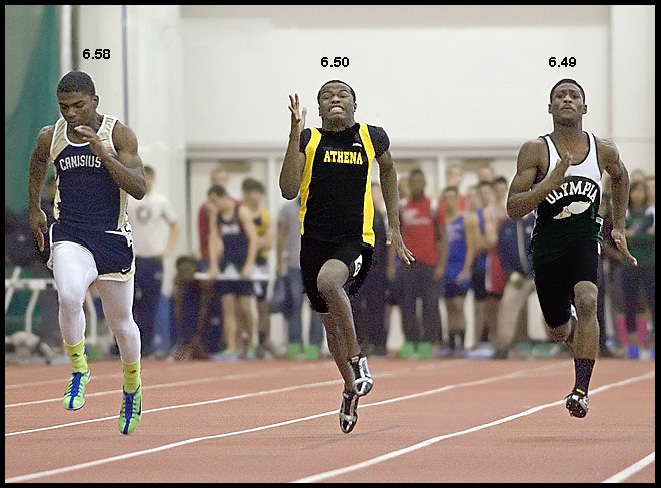 In the Relays, I missed the fact that last week Rush-Henrietta’s girls 4x800m team made the first national elite mark of the season in any relay for Section V with their 9:58.97, which qualifies them for the Penn Relays.

This week, Rush Henrietta’s girls 4x400m team won the Tiger Invite and qualified for Penn Relays with a 4:11.49.

I was hoping for a rematch of girls 4x200m rivals Edison Tech and Pittsford Sutherland, but Sutherland didn’t show and Edison Tech’s girls 4x200m team beat all comers, and lowered their Section V leading mark to 1:50.84.

Southern Tier Brings Out The Best