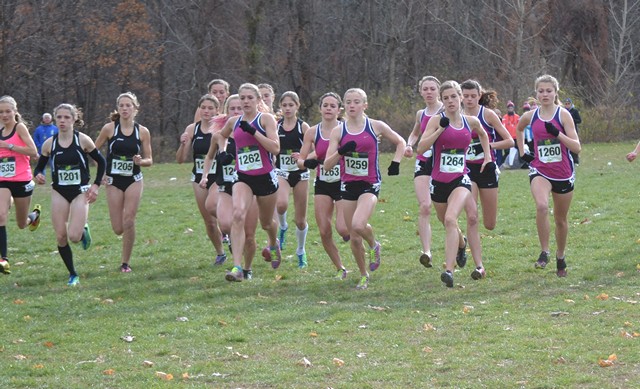 Team - Everyone knew the stakes: run hard or be left home.  In a race that took out quick, it was a blur of purple out front.  That is because Fayetteville-Manlius came ready to run.  Donning purple uniforms, the girls quickly made their way to the front of the huge field.  The Stotans had 4 in the top 10 by 400m, a feat they maintained all the way home.  Truly defining pack running, the Manlius XC Club had a 2 second compression from their 1-4 girls, with a 13 second compression overall.  While compression is only have the battle, that pack of purple finished 8-11 overall, scoring a large block of low numbers to form their 28 point win.  Saratoga was behind them, putting two in right after the FM 4.  However, Taylor Driscoll was out front, trailing a duo in the top spots.  Driscoll's 18:06 run was a huge mark for the senior, nabbing them 59 points overall in the huge field, and an auto-matic berth to NXN as well.  Both performances bode well for their chances out west.

The story doesn't end there.  The East Aurora girls, who were projected a close 4th in our previews,  had a monster day of their own.  Led by senior Madeline Murray with a 9th place in team scoring, the Aurora girls moved themselves up to 3rd with 123 points.  Behind them was Academy of the  Holy Names, who ran well as well to grab 132 points.  Both teams will be in serious contention for At-Large selections, and could have some good news come Tuesday. 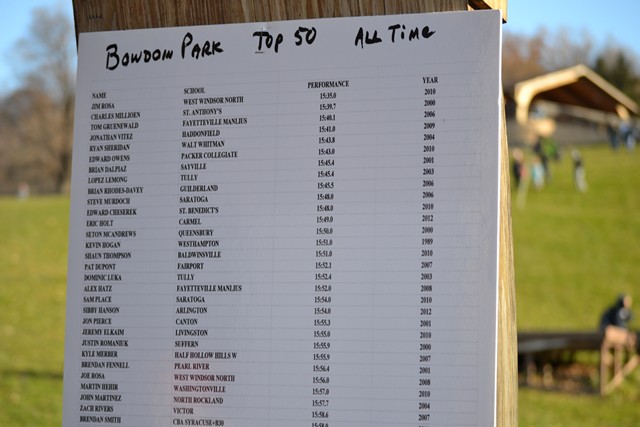 Individual - Enter two girls from Section 1.  Newcomer Bella Burda (Arlington) has been tearing up the course all year, putting down fast times on Bowdoin, including her win at the Federation Champs.  On the other hand, you have Mary Cain, who hold's the #3 performance on the course itself.  The pair quickly seperated from the group, joined by Driscoll for the first mile.  But by the time the leaders had reached the top, it was clear this would be a two-horse race.  Stride-for-stride the pair descended the mountain, each pushing the other to go even faster.  With 1000m to go, there was still no seperation.  400m left, and it was time for someone to make a move.  Enter Cain's kick, which has aided her in running near two minute half miles.  Into the last patch of wood, Cain had pulled away, and continued her surge to the line, finishing in 17:42.6, only 6 seconds slower than her own #3 mark.  Burda came in a fast second place, lowering her own course best to a #6 All-Time 17:55. 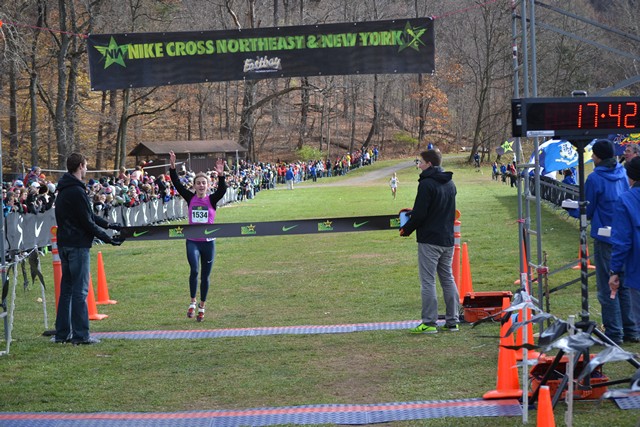 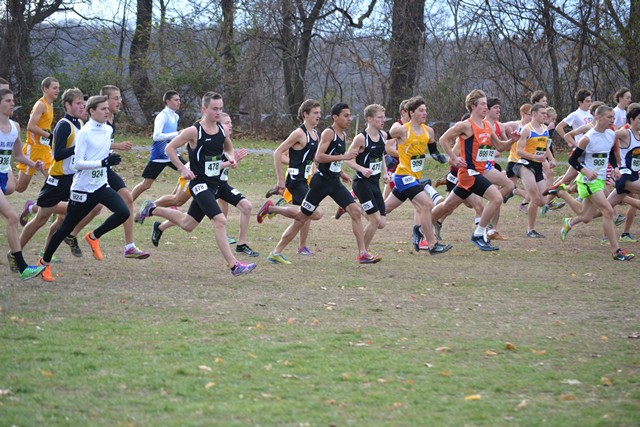 Team - One point seperated the top two seeded teams from New York.  One point was how much Saratoga won over Fayetteville-Manlius at the state meet.  Both teams back again, among others Saratoga had kept at bay at Federations, the race wasn't going to be won with the ~56 points both teams saw at States.  FM put two strong runners in the top 10 for point scoring, and followed that up by getting their back end of the team all in the first quarter of the race.  Saratoga was back to pack running, having a much tighter compression.  With Jay Navin out front, Kinetic had a 14 second compression between their 2-5 runners.  However, it was FM's early low numbers that pushed them over the edge, as the Stotans would win the rematch 86 to Saratoga's 98.  Both teams qualify to join their female counterparts as automatic bids to NXN.

St. Anthony's showed improverment over their Feds race, and jumped up to #3, with Arlington at #4 right in the mix.  Both are eligible for the At-Large. 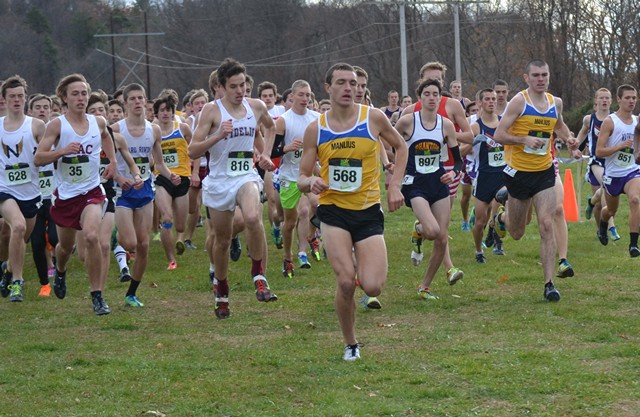 Individual - Nick Ryan (Fayetteville-Manlius) has been able to look better every time he runs, starting last June, when he doubled to take both the 1600m and 3200m at the state meet.  His first return to big competition, Ryan finished just seconds behind Edward Cheserek, a feat not accomplished by many in the past few years.  At the state meet, Ryan pulled away from the field faster than anyone would have thought, winning in a quick 15:07.9.  But it was this run that will solidify in the record books of Bowdoin.  Going out hard for the gun, the race dissappeared behind the Syracuse-bound senior.  As the pace car lead Ryan, his speed was unprecendented by the races before him.  He was on cruise control, pulling further and further away.  He knew at the top of the hill that he was on record pace.  And everyone knows that the downhill is much quicker than the up.  Ryan dashed through the course to hit the flats sprinting.  Coming out of the woods, the clock read 15:00.  It was clear he would break the record (set by Jim Rosa in 2010, no slouch himself), but by how much?  Nick Ryan crossed the line in 15:27, shaving nine seconds off Rosa's time, and making him the top contender for Portland, Oregon. 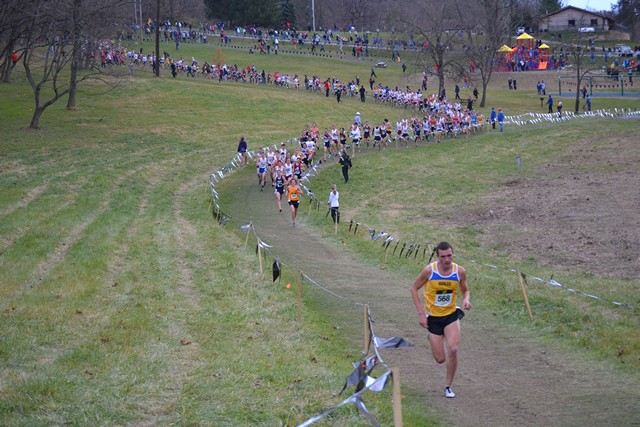 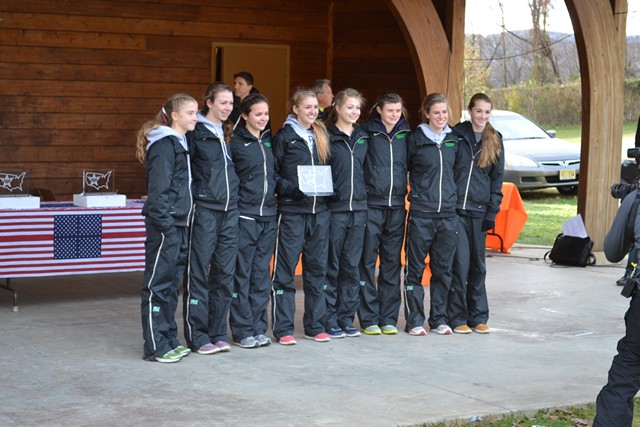 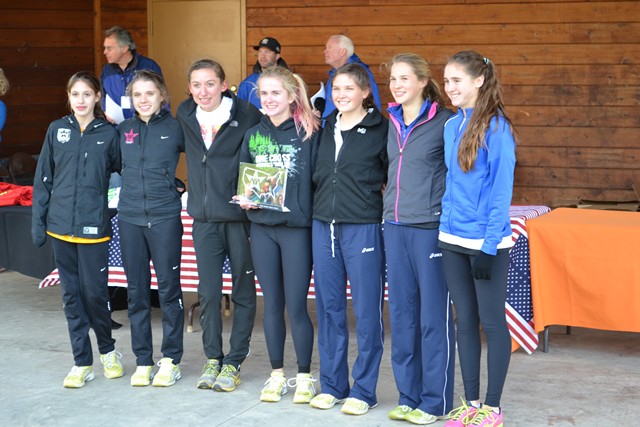 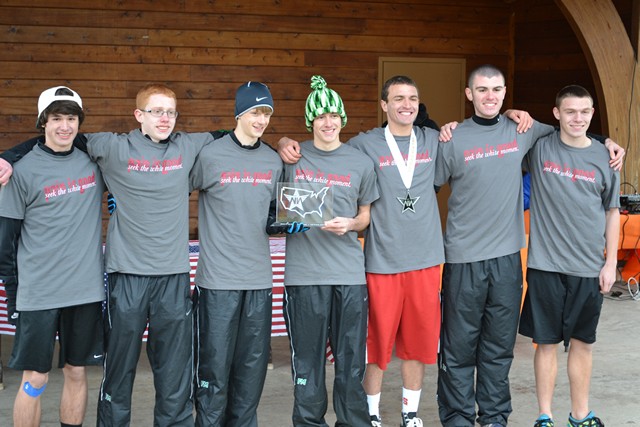 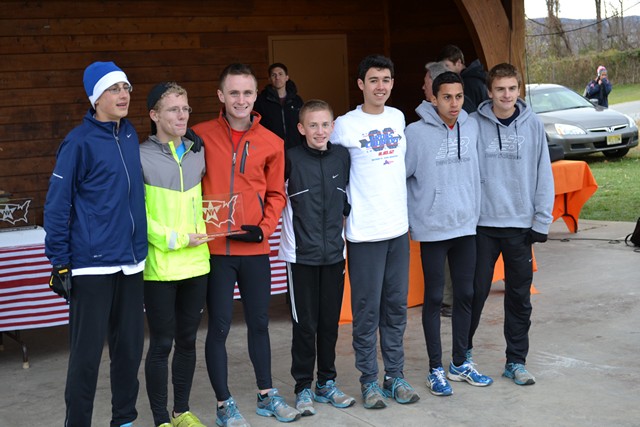 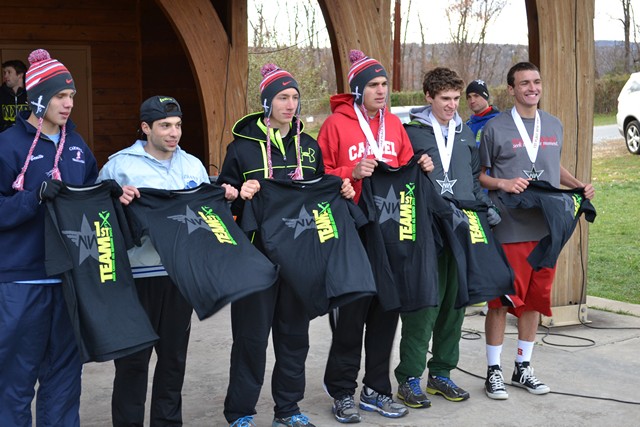