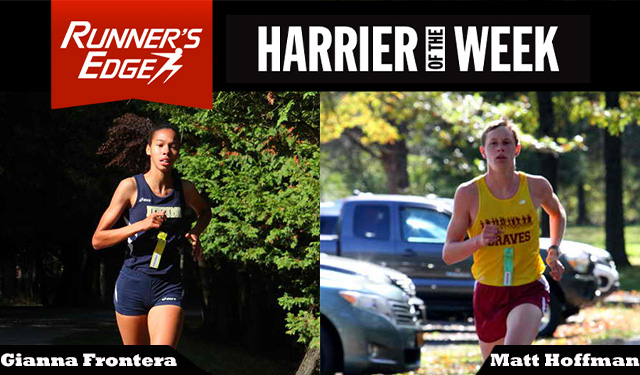 In the fifth installment of the Runner's Edge' Harrier of the Week, it was up to the speedy course of Saratoga, as the Burnt Hills Invite kicked off not far from the Saratoga raceway.  Gianna Frontera of Newburgh Free Academy is ranked as one of the states Top 5 fastest juniors this year, and has had a string of success this year.  Placing first in her first three efforts at the Suffern Invite, Bowdoin XC Classic, and the Six Flags Invite, Frontera took a strong second in a time of 17:26.11.  Frontera is coming off a track season that saw her take 2nd in the indoor states 2-mile, and run in numerous other National caliber events. 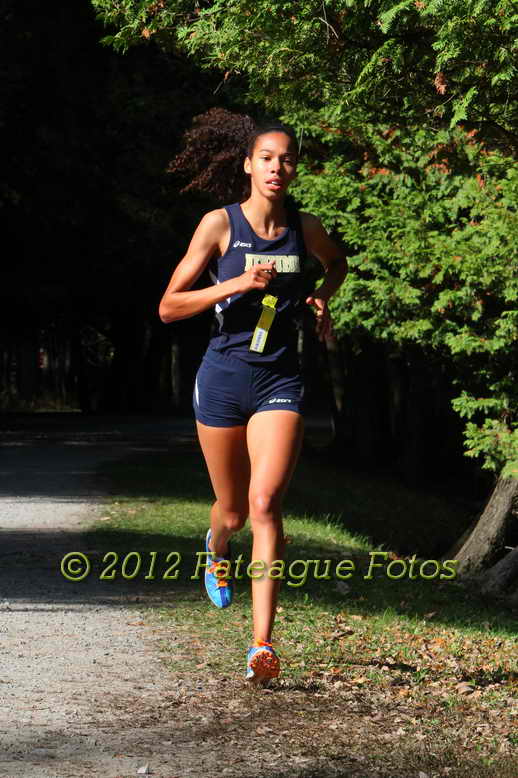 For the boys, our fifth Runner's Edge' Harrier of the Week was taken by senior Matt Hoffman of Fonda-Fultonville.  Hoffman has been finding a lot of success upstate this year, as he managed to take the second overall fastest time of the day by winning the Varsity 2 race in 15:29.41.  Hoffman had previously won his division at the strong EJ Herman race earlier in the season, along with top finishes at both his home invite, and the Queensbury Invitational.  Hoffman is also coming off a strong track season, which saw his focus on the mile take his PR down to 4:22.11. 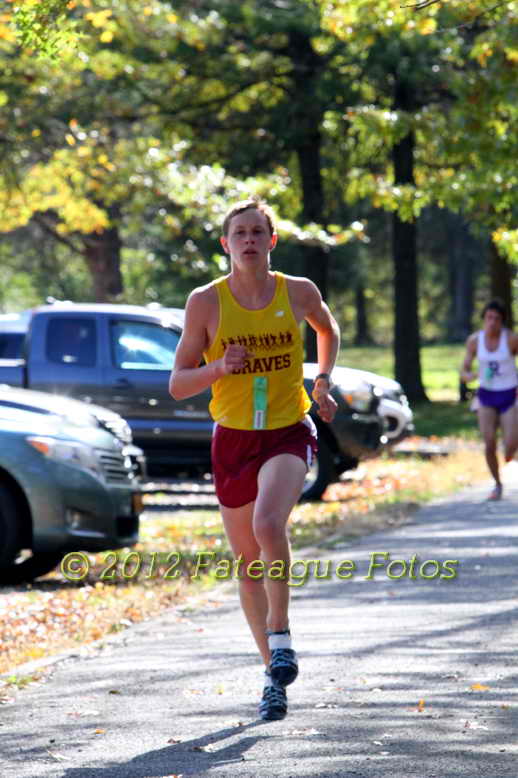 Winners of the Runner's Edge' Harrier of the Week each recieve

That's not all.  In line with this promotion, any high school athlete can capitalize on their achievements.  Any high school athlete may claim 15% off any training shoe, and 20% off any racing shoes purchased through Runner's Edge.  In addition, the discount will bump up to 20% when trainers and racing shoes are bought together.  Feel free to shop around at the Runner's Edge Online Store

Upcoming MileSplit Golden Meets, in the order of their calendar appearance.

- Fastest Times of the Day at Section 1 Coaches

*The above promotion has been approved by both the NCAA and NYSPHSAA, in accordance with eligibility based on amateurism, as defined in their respective bylaws.  The prize package may only be awarded to teams from New York, due to conflicting state mandates regarding awarded prizes.  In the event of a top placing out-of-state athlete, the award will go to the top placing New Yorker in that race.  In addition, the promotion may not be won twice by the same person, and the award will go to the top placing person in the specifically designated race, who had not won the award prior.  All awards have been cleared and approved through the respective meet directors, and are awarded as a prize through their specific event.