King's Park, NY - The weather held out at the St. Anthony's Invitational yesterday.  Despite SAT's, and rough scheduling, several schools used the meet as their warmup for the Manhattan Invite, getting their top 7 in sync for one of the biggest races of the season.  MileSplit NY was on scene to call all the action. 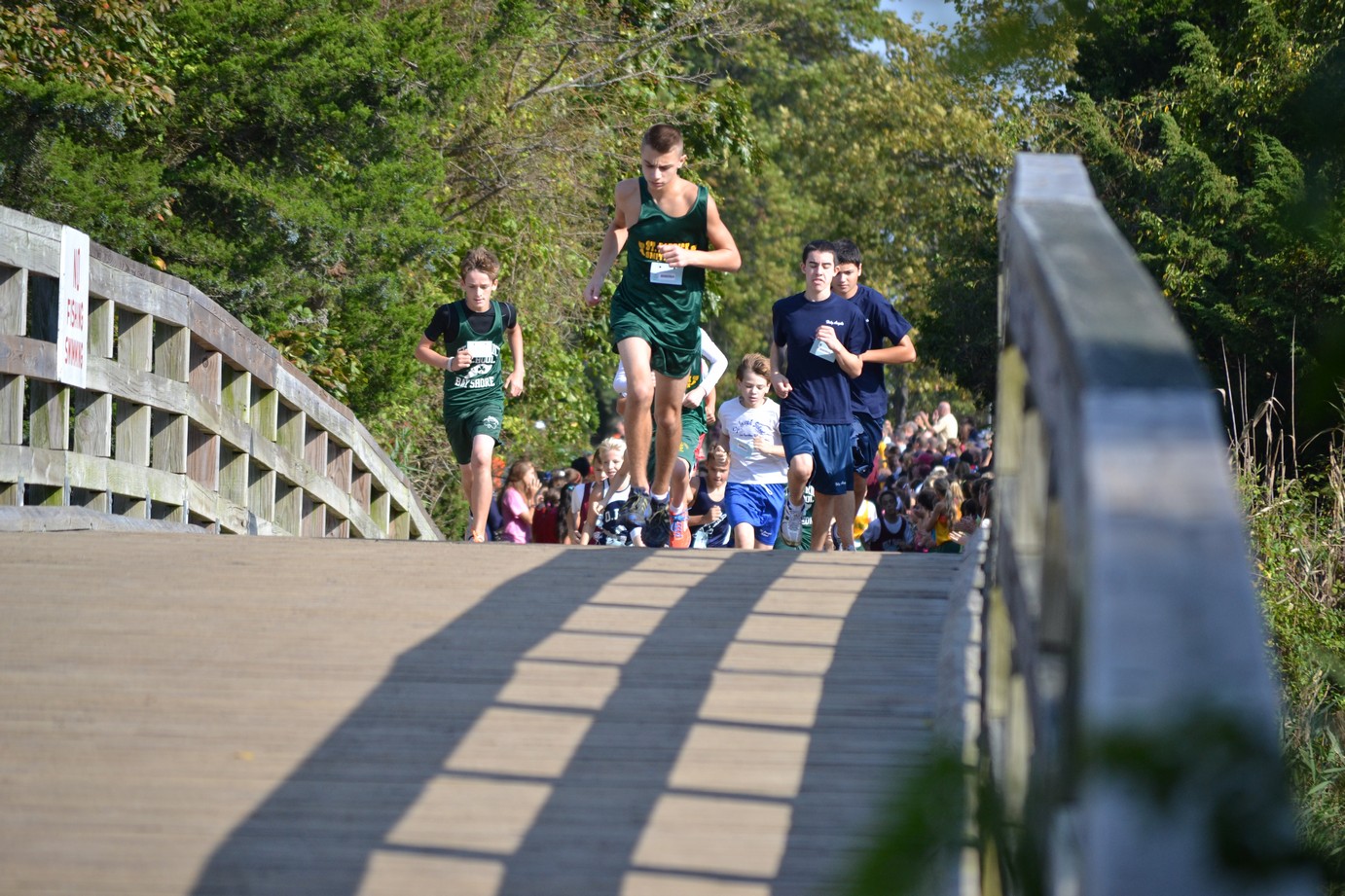 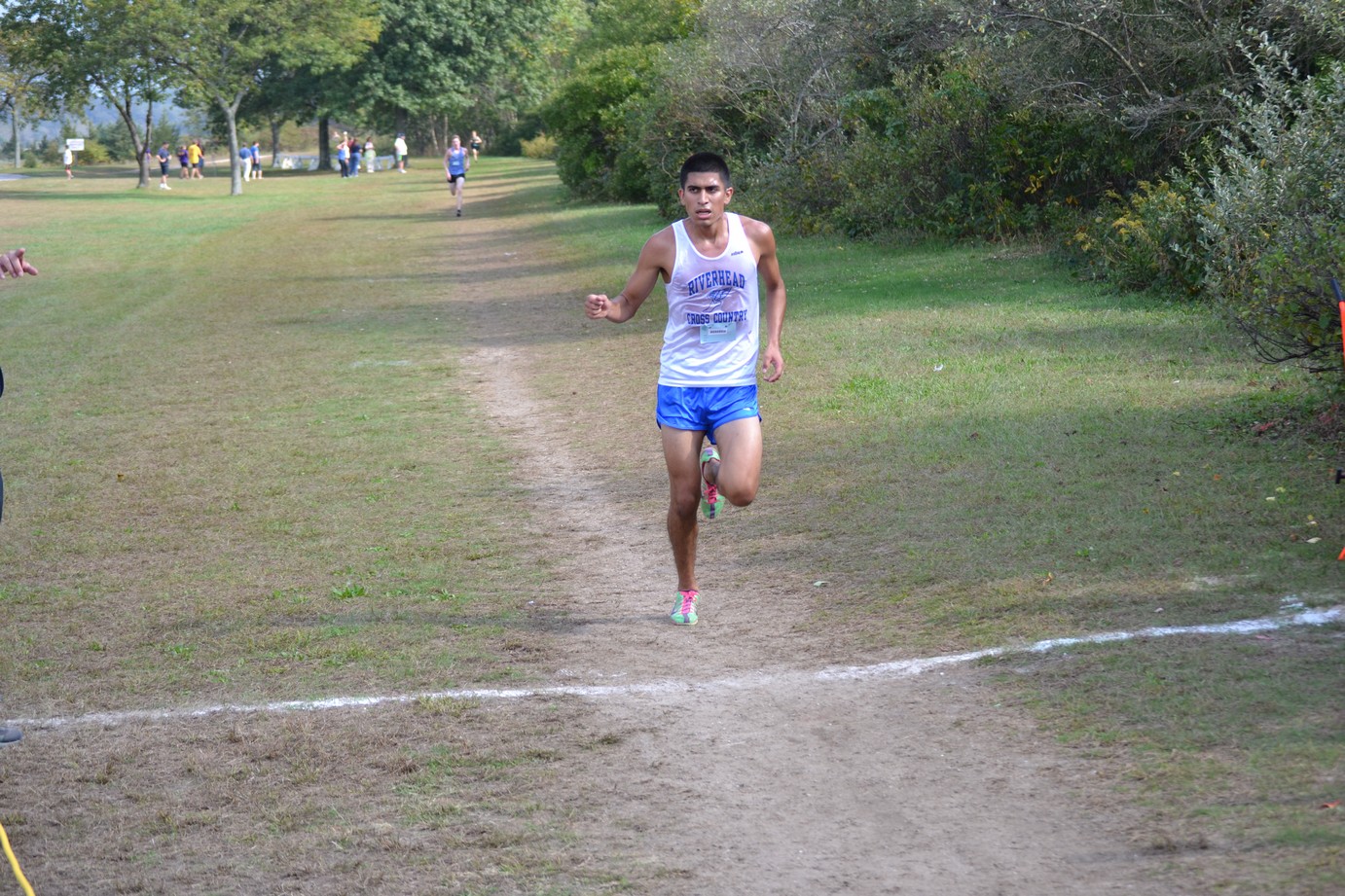 It was a battle out front for the boys, as senior Anthony Galvin of Riverhead and junior John Flannery of Bronxville showed equal strength on the course.  Both athletes pushed themselves through the halfway mark, with Flannery leading through Snake Hill.  But it was on the back hills that Galvin would surge to the front, gaining a slight lead heading up Cardiac.  The senior would maintain his stride to the finish take the 1st spot, with Flannery in a close 2nd. 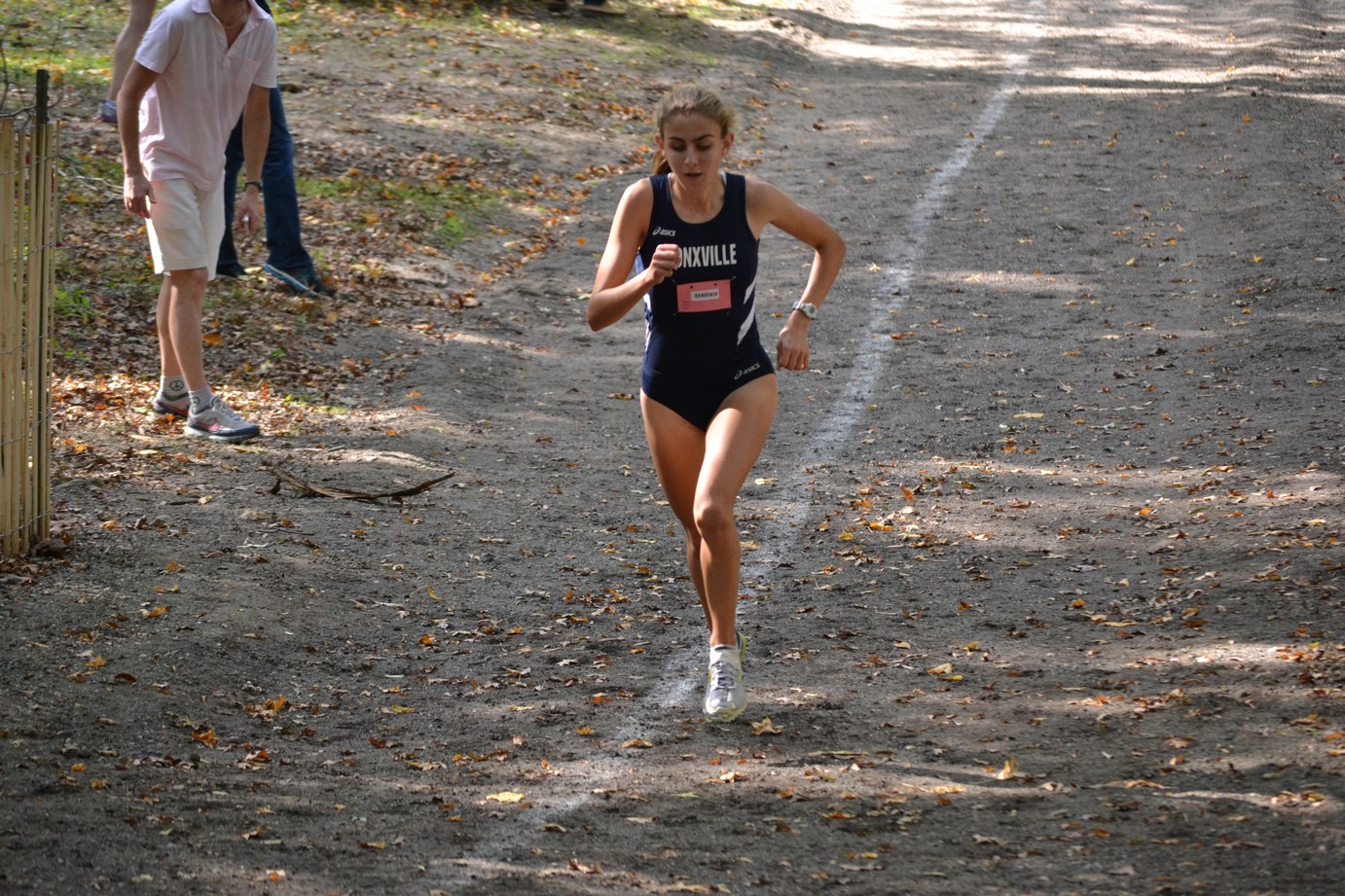 NY #4 Bronxville girls proved yet again they are a state powerhouse.  Led by junior Mary Cain, they put a solid 7 girls in the top 10 finishers, and had athletes in the JV race (Delia Hayes and Amelia Phillips) that would have placed highly as well.  They swept the team competition with a perfect 15, and look to do equal damage next week in the Manhattan Invitational.  Cain's finish of 18:45 would also be the fastest of the day by over a minute. 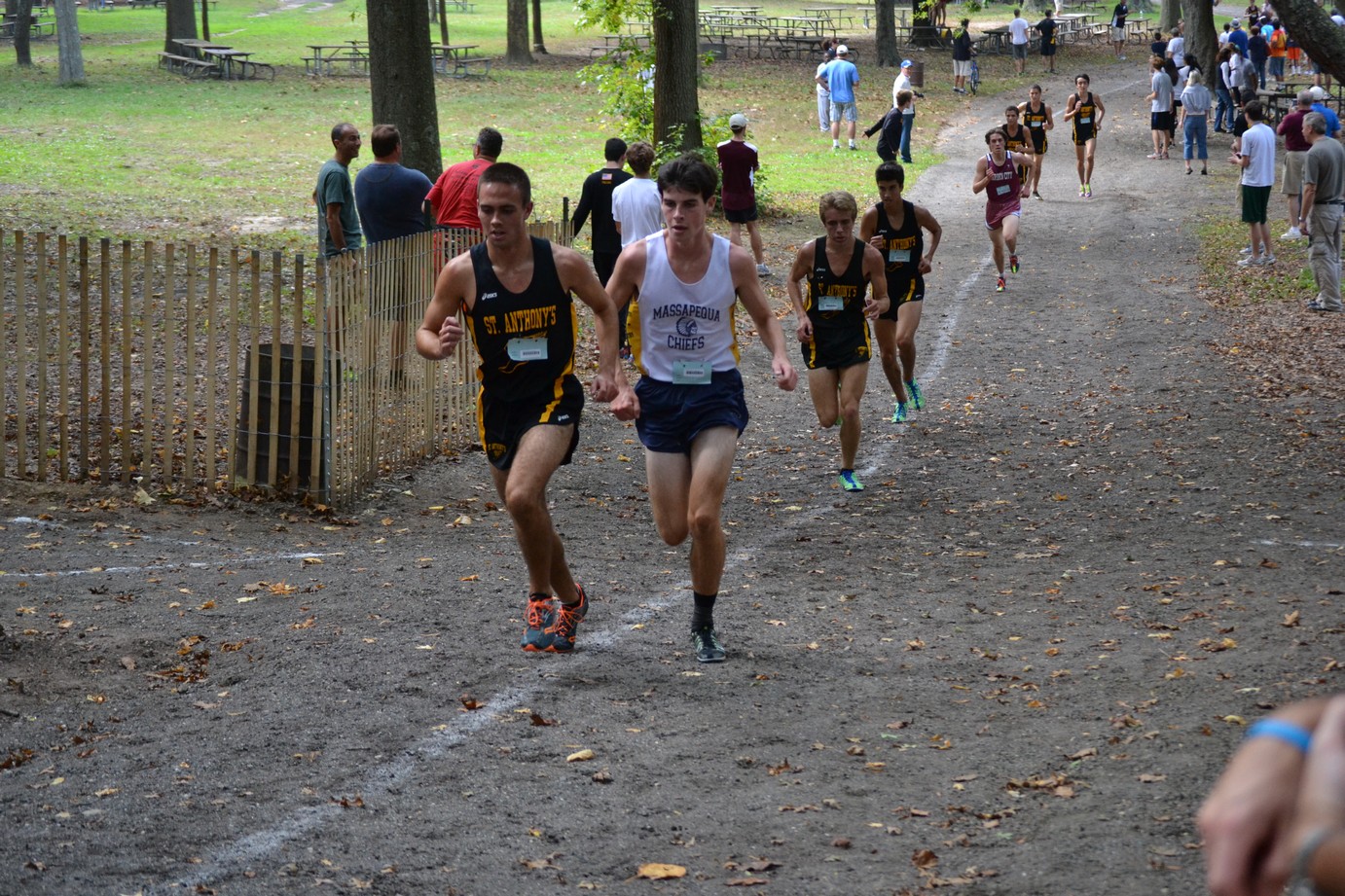 Much like it was all about Bronxville in the Girls' Small School Race, St. Anthony's went on to prove why they are also NY #4.  Led by senior Patrick Ginty, they packed all six athletes into the top 8 finishing spots.  The race took out hard by the pack of black, where the top 3 St. Anthony's runners led through Cardiac.  But it was that last stretch that senior Ryan Cooney of Massapequa saw his opening.  Kicking all the way down the finish line, Cooney would cruise to a smooth finish in 16:35.33.  A strong team performance for St. Anthony's sets up their challenge next week, where they have entered into the Eastern State's race with the likes of many top teams, and has been announced to be senior Edward Cheserek's first race of the season. 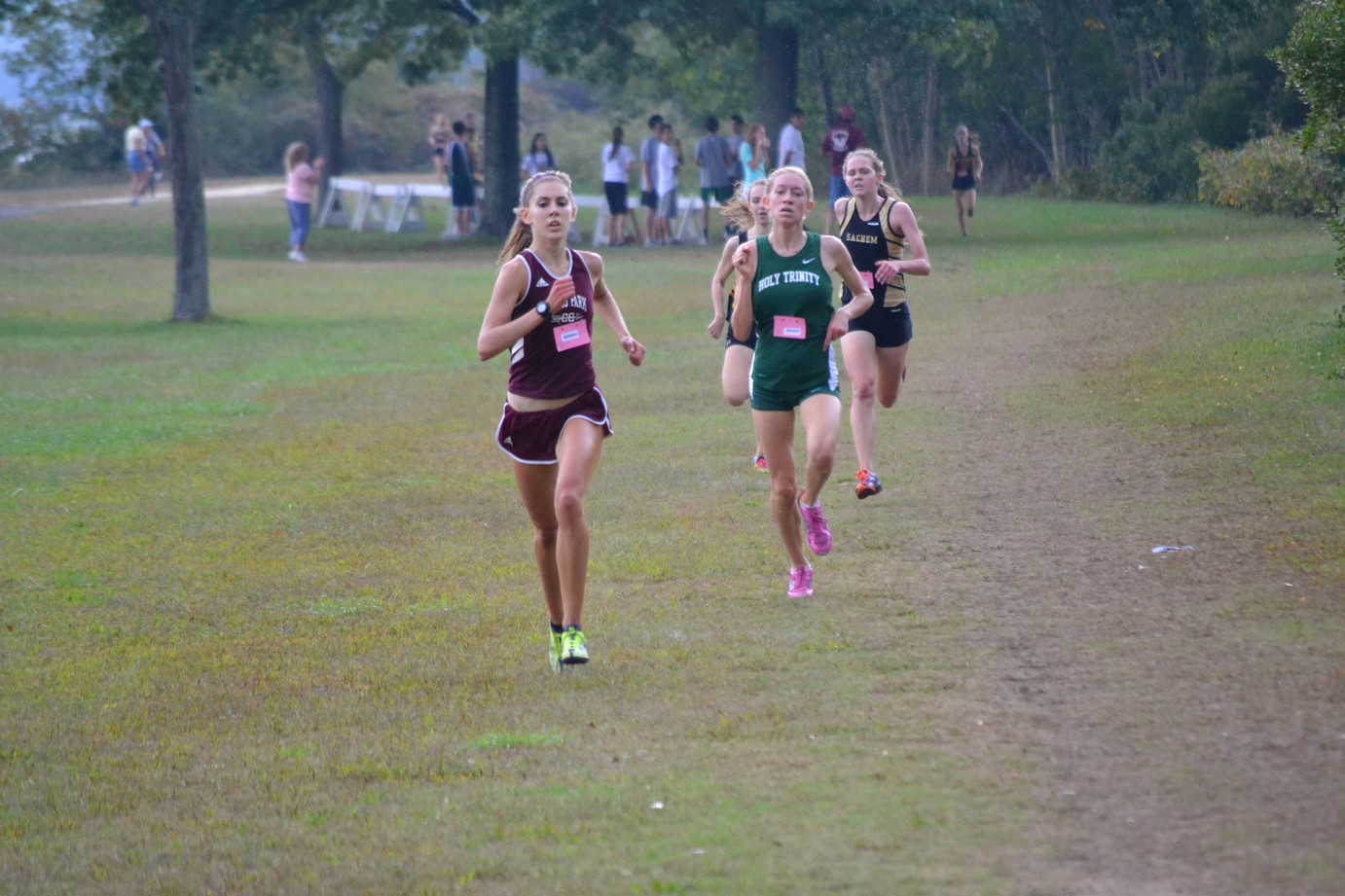 With Talia and Tiana Guevera's Miller Place opting out of the race after being entered, the race was wide open.  Coming through the halfway point, it was Kathleen Naeher (Kings Park) and Kelly Lavan (Sachem North) with a sizeable lead on the approach to Cardiac.  However, they were not to be left alone to their business of front running, as a late race kick from Caroline Brown of Holy Trinity put her ahead of Lavan to take 2nd, and Delaney Worth of St. Anthony's would follow on to take 4th.  The four girls finished only a half second apart, but it would be the crucial deciding factor, as Sachem North led by Lavan would take 1st in the team competition with 55 points, only 1 point ahead of Worth's St. Anthony's.  Talk about close.