While it may have been quiet in the Empire state over the holiday weekend, that didn't stop several teams from traveling the country in search of the best competition track and field has to offer.  Teams will be returning today, bringing back with them some of the current state leading times in the early season. 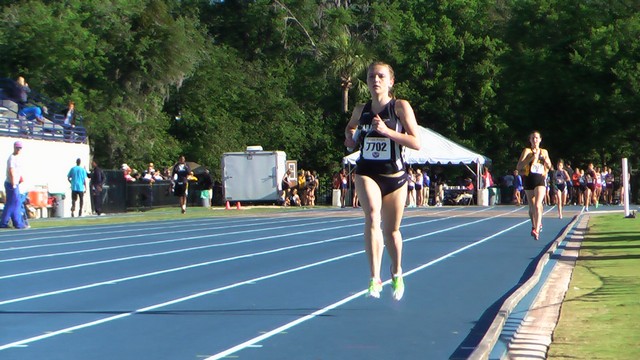 Pepsi Florida Relays, Gainsville, FL - With their first race after their 2nd place finish at Indoor Nationals in the 4xMile, Saratoga decided to seek the Sunshine state to return to the event.

"We came down here to do our best, and go for the meet record," junior Taylor Driscoll said.

Each girl averaged about 5:03, to produce that new meet record of 20:12.28.  With Saratoga's eyes on the event at Nationals, Suffern's state record from 2006 of 19:56.75 looks to be challenged later in the season.  Saratoga's time is the current state leader, as well as the fastest time run at that distance since the state record had been established.

Beach Run Invitational, Myrtle Beach, SC - The Borriello's siblings, Rob and Danielle, traveled to sunny South Carolina, to test their strength against stiff competition.  Both throwers from Section 9's Ellenville flew down to compete in the shot, discus, and hammer throws over the weekend.  Danielle found her success in the hammer throw, both winning the competition as well as throwing a new NY #1 throw of 137-8.  That performance would have put  Borriello at NY #3 in 2011. 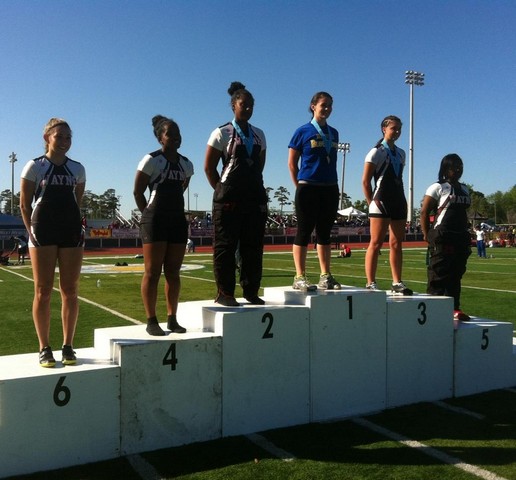 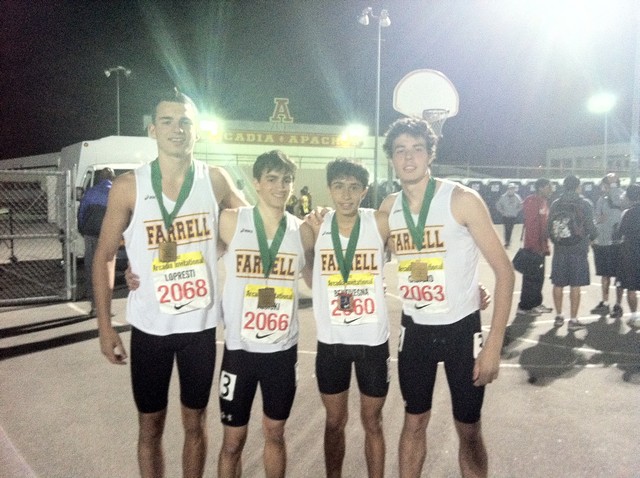 Nerud Runs With The Collegians

Sam Howell Invitational, Princeton, NJ - North Shore's Brianna Nerud was one of only a handful of high school athletes who competed in the collegiate event at Princeton this weekend, but her endeavors saw great success.  Nerud finished 4th overall in the 3000m Steeplechase, beating numerous collegiate athletes.  Her time of 10:24.95 also puts her at #2 US All-Time for that distance for a high schooler.