Manhattan NY - This weekend, more than 200 of the nation's top colleges were in-state, as the New Balance Collegiate Invitational highlighted some of the top talent in this Olympic year.  Meanwhile, their were some 8 high school invitational events sprinkinled amidst the collegians, and each race proved to be just as fast as any else on the track.  All races produced now standing US #1 performances, as well as taking 3 State records, and one National record.  Along with those, we found 2 #2 All-Time performances just to spice up the competition even more.  Needless to say, the high school competition may have been short, yet sweet.

Mary Cain rewrites the record books in the 1000m

Sophomore standout Mary Cain of Bronxville NY is a name that is here to stay.  Running against some of the best talent in the state, with names that included Mamorneck's seriously fast Anima Banks and Benjamin Cardozo's top distance star Alexis Panisse, Cain pulled away from the competition to a resounding win in 2:47.29 .  The time was not only good enough for the win, but the list of accolades it achieved probably takes longer to read than your average 100m dash.  The time was good enough for a US sophomore class record, the New York State record, a Section 1 record, the Westchester County record, and now stands as a 2012 US #1 performance.

Run Fast and Turn Left, but Not Too Early: The Boys 1000m

In a California start formation for the 1000m, we saw top seeds Zavon Watkins (Liverpool), Ned Willig (Great Valley PA), Christian Delago (Shaker), and Joe Vercollone (Pembroke MA).  After taking off on a fast pace, leader Zavon Watkins cut in on the first past of the backstretch, about 75m too early.  After wavering on the decision, the other 3 followed closely behind him.  The race played out very tightly, as Watkins and Willig were battling for possesion of the lead right until the bell lap.  Despite some physical racing on the homestretch, Ned Willig out leaned Watkins over the line, with Ben Malone (Pasack Valley) trailing right behind.  Willig's time was a 2:22.9 before he heard the news of his DQ.  Willig's time would have been good for one-hundreth of a second off the national record (now held in 2:22.28 by Robby Andrews (Manalapan, New Jersey)).  After Watkins was DQ'ed as well, that left Ben Malone as the sole winner of the boys 1000m, with his time amounting to a new US #1 Junior Class record, US #2 All-time, and the current US # 1 performance for 2012.

Some Seriously Fast Boys and Girls

The 4x400m relays concluded the action on Friday night, but they ensured they were not the forgotten event.  For the girls, it was Wakefield from North Carolina who held a considerable lead over the race the entire running of the event.  Finishing with a     -15 second buffer over the next placing team, Wakefield's 3:45.64 now stands as the US #1 time for 2012.

But it is hard to take away from the performance on the Boys' side of the event.  Dominating the distance all year, Boys and Girls' leadoff Richard Rhodes took off hard with a 22.6 opening split, and established a lead early on.  Penn Wood PA may have         closed the gap, but they couldn't stop Boys and Girls' from finishing in 3:15.12.  That time is the new New York State Record, US #6 All-Time, and the current US #1 for 2012.

CBA out of New Jersey has again proven their merits in the distance relays, after a slow early season run back at the Armory in December.  Highlighted by an impressive anchor leg by senior George Kelly, CBA crossed the line in 7:43.91 .  That time is a new New Jersey State record, as well as US #2 All-Time, and the US # 1 for 2012.

Kadecia Baird of Medger Evers Prep NY has been on a hot streak this 2012 season.  Her and her relays have seen themselves atop the national rankings in the 300m, 400m, and 4x200m this year.  Currently, Baird is only US #1 in the 300m, while still retaining US #2 in the other events.  Baird proved why she resides on the rankings with two stellar performances.  The first came in a quick 300m, where she finished in 37.95, the 7th fastest time ever run by a high schooler.  She then returned for the relay, where her squad finished in 1st, clocking 1:40.27 .

Strymar Satisfies in the Six

Strymar Livingston of Christopher Columbus, who also holds the National Record for the 500m, lowered his own record in the 600m from a 1:17.64 to a 1:17.58 .  No stranger to speed, Livingston pulled away from the pack early, which included NJ's Najee Glass, and opened with a 48.8 400m time. 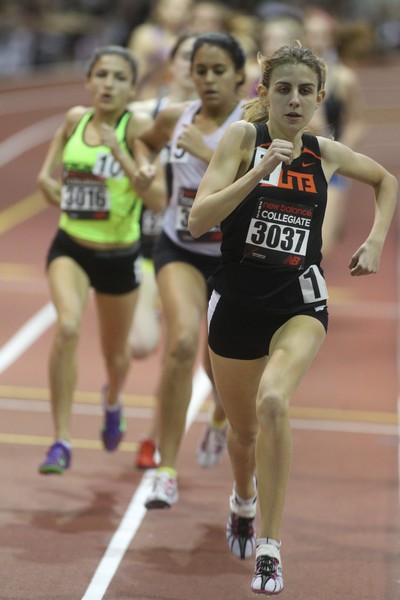 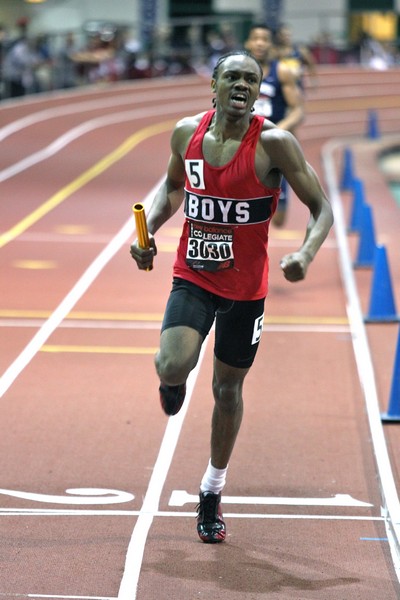 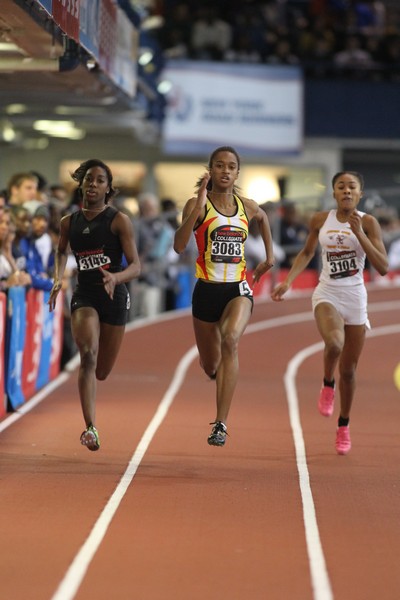 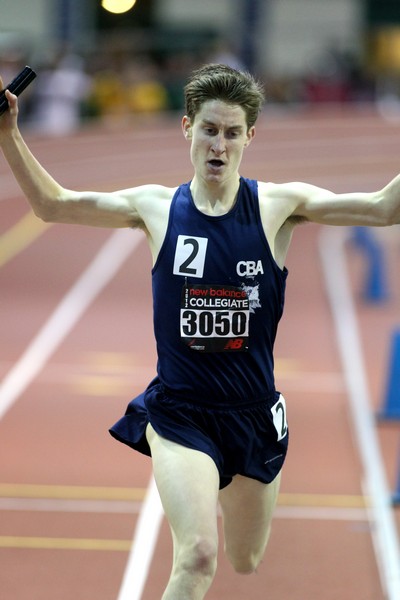 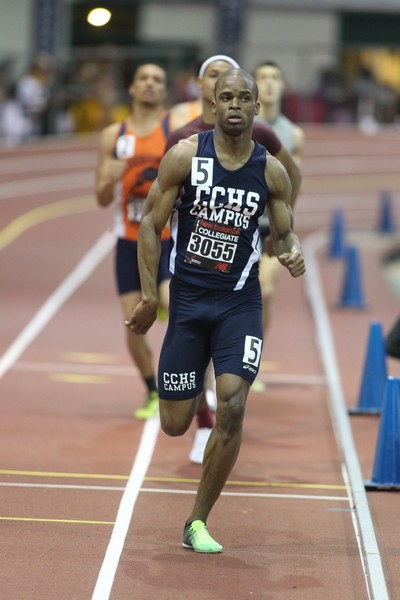 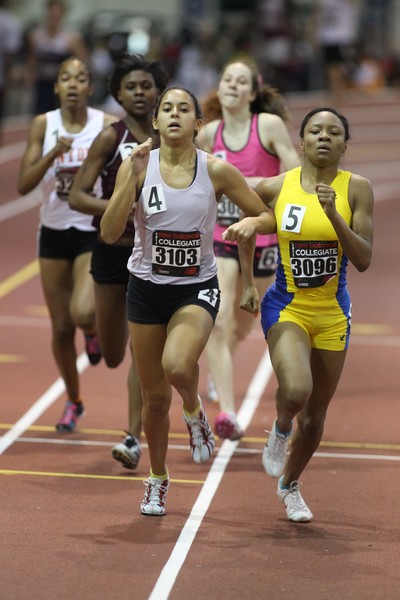