HUNTINGTON – From the gun, Kelsey Margey smothered North Shore’s Samantha Nadel’s shoulder. It almost looked like the Harborfields junior was using Nadel to hold herself back.


She sat there, crowding Nadel until 300 meters when motored down the back stretch to win the 1,500 meters Saturday at the St. Anthony’s Invitational in 4:26.54. 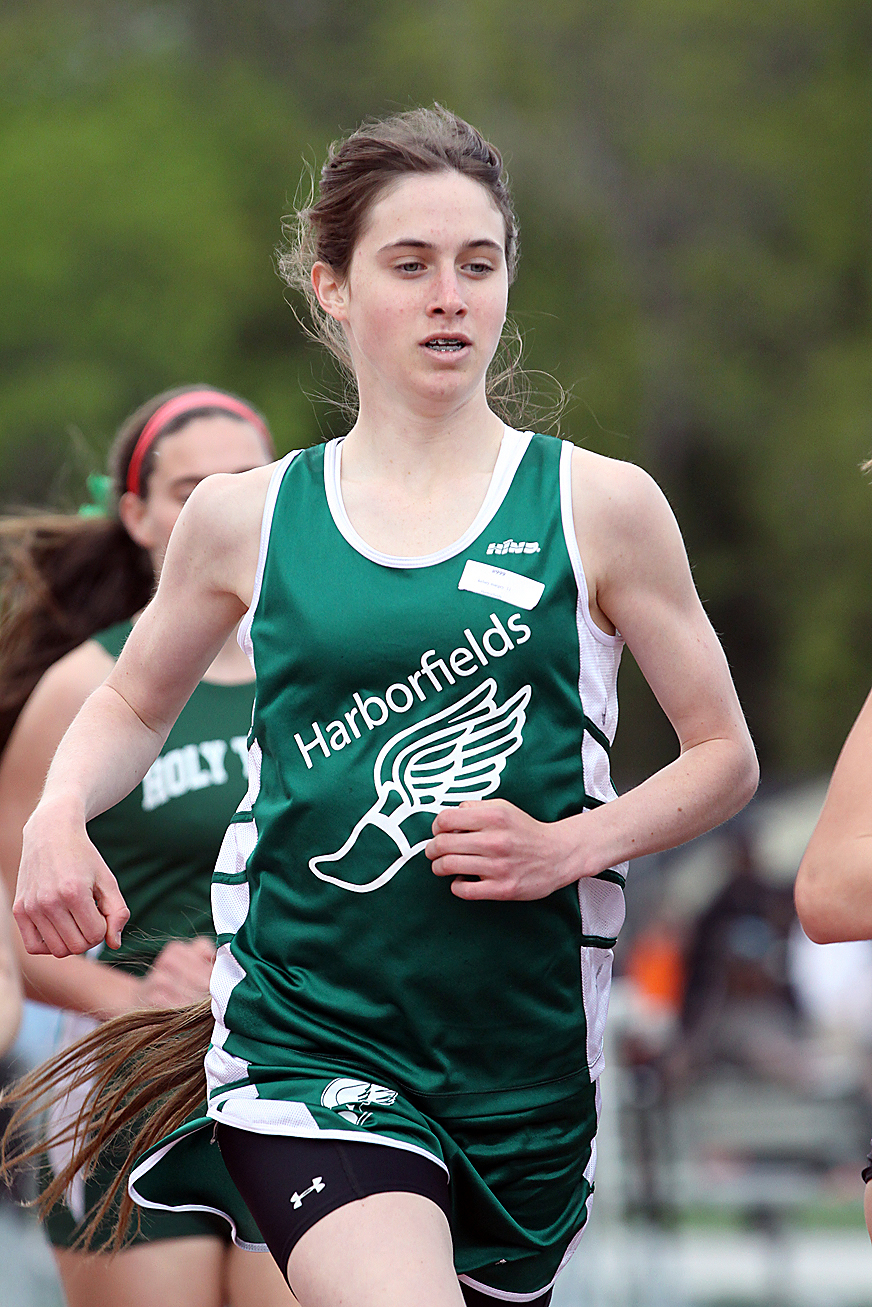 
“I’m just really happy I won,” Margey said. “The time matters but when your in a race with that much competition it’s going to be fast.”


Margey’s time turned out to be the third-fastest in the country and the state Saturday as Bronxville’s Mary Cain broke the New York State record at the Somers Invitational earlier in the day in 4:23.1. Cornwall’s Aisling Cuffe later clocked 4:23.8 at the Crusader Relays to break the Section 9 record.


Margey said she felt so good she couldn’t help riding Nadel’s shoulder, waiting for an opportunity. Then Mary Kate Anselmini of Ward Melville made a push at 300 that alerted Margey that her time to kick had come. Nadel finished second in 4:30.65 with Anselmini third in 4:32.67.


“I was thinking that I didn’t’ want to get caught,” Margey said. “I kept looking back. I just felt really strong. I think I might have played it safe today.”


North Shore’s Brianna Nerud could have played it safe. The junior complained that her legs had never hurt as bad as they did during the 4x1,600 relay Friday night when Nerud posted a 5:08 split on the team’s meet record relay.


But it wasn’t long before Nerud imposed her will on the field in the 2,000 steeplechase. She turned a solo effort into the fastest time in the country this season. The junior clocked 6:47.70, which topped her own U.S.-leader. It was a sharp contrast from her race the day before.


“I feel like I should be more tired,” she said. “I didn’t want to put any pressure on myself to run amazing today because how I ran yesterday.”


It seemed Nerud wanted to be cautious at first while she matched strides with Kira Garry of Friends Academy. But once the pace became uncomfortable to Nerud, she bolted.


“I’m really happy with that time,” she said. “It just gives me more confidence for next time.”


It would be hard to find a more confidence athlete right now than St. Anthony’s junior Olicia Williams. She blasted through the first 200 meters of her race like a rocket to win the 400 in 54.27. Her time, which leads the state, set another meet record and is the fifth-fastest time in the country. Williams is among the best half-milers in the country, just like Cardozo’s Claudia Francis who previously held the state-leading mark (54.49). Garden City’s Taylor Hennig finished second in 57.47.


“I showed that I still can be a sprinter,” Williams said. “I still have that speed in my legs. Since I haven’t be doing the 400, I didn’t know if my speed was there. Now I know I’ll have the speed for the kick I’m going to need in the 800.”


Janel Francis of Copiague turned a frustrating afternoon into a shocker. The senior was struggling in the long jump when she launched into the pit for a jump of 19 feet, 1.25. Her also topped a meet record set by Mattituck’s Lynette Wiggington of 19-0 set in 1996. Francis couldn’t even explain how it happened.


Garden City’s eighth-grade wunderkind Emma Gallagher scored an impressive win over Sachem East senior Rachel Paul. Gallagher shadowed Paul through the first 400 but when they realized they had trotted through the first half of the race in 68 seconds, they both hit the gas.


“I want to live up to my expectations,” Gallagher said. “I don’t want to be a one-hit wonder. I want to keep going, keep getting better.”


Garden City threw its name right back into the group of the state’s best mile relay as well. Gallagher, Taryn Schmelzinger, Michelle Rotondo, Hennig, and Gallagher won the 4x400 relay in 3:49.90 to become the third team in the state, behind Medgar Evers and Cardozo, this season to crack 3:50.  North Shore took down the meet record in the 4x800 in 9:15.48.


Harborfields senior Michelle Gaye also scored an impressive personal best, winning the 3,000 in 10:04.94. Riverhead’s Melodee Riley leaped 39-5.25 in the triple jump to better her own state leader by five inches.