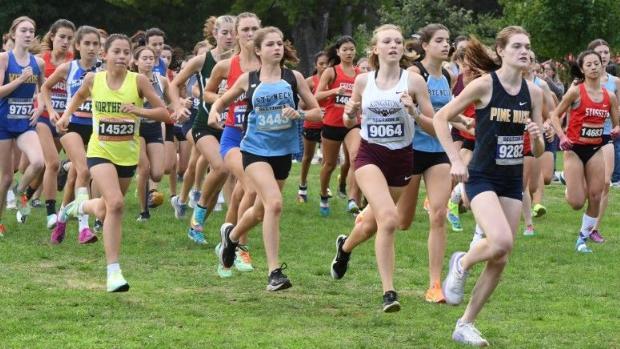 As always, Week 1 rankings are way too early to show anything concrete since few teams have fielded full squads yet. Saratoga continues to look good at the tops in the nation, and Cicero-North Syracuse, Bethlehem, and Fayetteville-Manlius battle a short ways behind the Blue Streaks. Cornwall on the lead in Class B, East Aurora at the top of Class C and Voorheesville in Class D have all looked great to very good while missing a top runner. Long Island teams Northport, South Side, Sayville, East Islip, and Syosset have put up strong showings, and Somers could be issuing a challenge to Pearl River in Section 1's Class B. And the Mount Academy girls have entered the scene ten years after the guys did, on their way to three States titles, so look out below.

Teams are listed with the average speed ratings numbers supplied by Tully Runners, and the number in parentheses shows difference between the 1-5 runners, each point equaling 3 seconds on a 5K course, and smaller compression numbers are generally better.