Outlook: On the way to its first conference championship, Dalton ran a little bit undercover last year with a small squad that nevertheless pushed its way up to #7 in the state Class C rankings by late October. Frontrunner Naomi Gomel first got attention with a 3rd at NYC Carnival, and after a visit to indoor States for both the 1500m and 3000m, she appears ready for a big junior season. With everyone back from last year's champs and a good group of last year's freshmen moving up, the Tigers look to be well placed to defend their title. 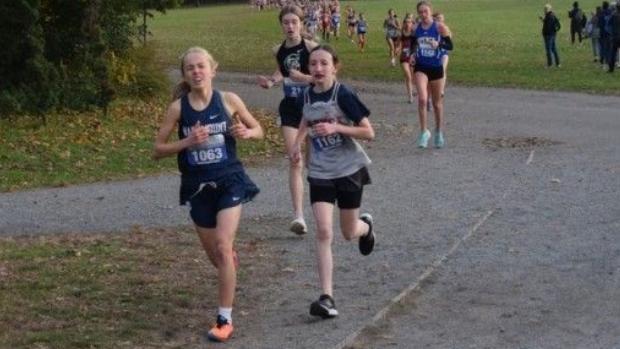 Outlook: The Lions finished 6th in the NYSAIS last year and lose top runner Dominga Rivera who was 4th in the conference last year. Tess O'Donoghue was not far behind in 6th and is expected to be one of three juniors in the NYSAIS who should be competing for the win in 2022. And yes, an update that freshman Harper Conboy has joined the Lions boosts the team's prospects nicely. Outlook:  The Tigers were the favorites for the conference title before losing #2 runner and senior Isabelle Ewing before the NYSAIS championship, and after also losing frontrunner Andrea Becker to graduation, there's ground to make up to regain the title they won in 2019. Senior Isabella Solomon is the top returner and there may be enough strength from younger runners behind her to make a run at the title.

Convent of the Sacred Heart (Cardinals) Outlook: The Cardinals placed 2nd last year in the NYSAIS but still got that second ticket to Feds. After losing frontrunner Taylor Harris and a few other seniors to graduation, this year's senior-heavy squad will have top 25 finishers Eva Alicea and Anne Tully leading the campaign for CSH's first conference title since 2017. Outlook: The 8th place Gators again had some issues in the longer 5K distance at the NYSAIS championship after looking pretty solid at the shorter 4K distance of the AAIS meet a week before. Chapin will again be led by senior Lan Huse after a 10th place finish last year, and she will have a very young team behind her. Outlook:  The Bears took 4th in the NYSAIS last year but lost much of the team to graduation. A development project is needed here behind sophomore Anaya Tsai, who should be one of the lead runners in the conference this year.