* The Union Catholic boys 4xmile team after their win on Thursday

PHILADELPHIA, Penn. -- For the first time ever, New Balance Nationals Outdoor found itself in the City of Brotherly Love on Thursday.

We'll have much more over the coming days. Going through Saturday, Franklin Field will play host to the largest national meet of the weekend by entrants, and on Thursday it kicked off the marathon with an under-the-lights affair.

Here is how we called it.

Boys 4xMile: It was a weekend of decisions for the athletes of New Jersey, as they weighed their NJSIAA Meet of Champions event versus the chance at a national title in Philadelphia. Union Catholic and CBA found themselves leading through the halfway split, indicating their choice was about to pay off.

Myles Plummer put the UC back in contention, handing off to Shane Brosnan in the lead. Brosnan quickly separated, a 40m gap on the field by the time the sophomore Jimmy Wischusen anchored away. The boys of Catholic crossed the line in 17:12.34, matching the hand-time State Record of Essex, NJ, featuring none other than the legendary Marty Liquori. Interview 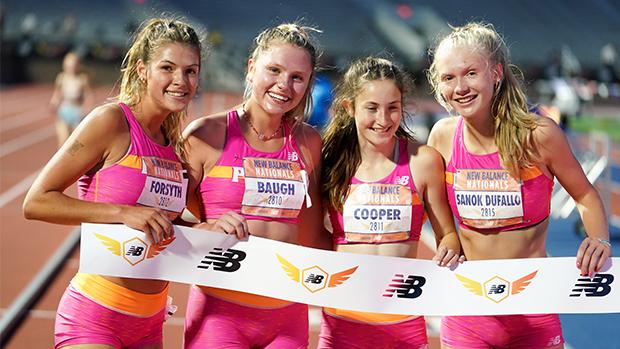 Girls 4xMile: The girls of Purple Track Club -- otherwise known as Ann Arbor Pioneer -- put on a show at the Indoor National Meet in March, setting two national records. They returned on Thursday after their spring campaign, and once again they were the class of the field from the gun. They clock a US No. 13 all-time performance of 20:08.62. Interview.

Boys 5000m: When Riley Hough was passed at the 4K mark, it was a familiar face that went by to the lead. Hunter Jones, a fellow Michigander, was making his move to break the tall, senior Hough. 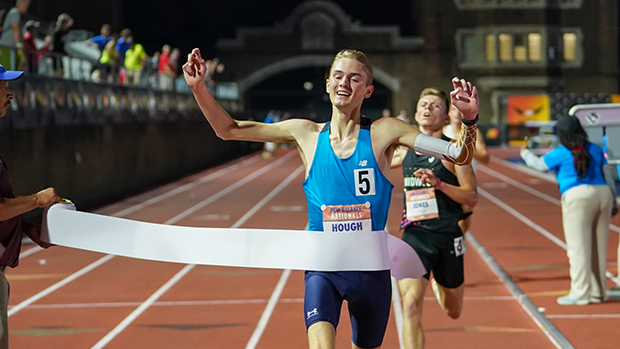 But Hough kept the pace within reach and then he returned the favor, passing Jones in the concluding lap. Hough crossed the line in a 14:21.81, a more tactical race than desired, with the junior Jones right behind him in 14:22.57. Interview.

Girls 5000m: Through 3,000m, the pace had remained steady, a strong pack of six up front, refusing to establish a leader. The laps clicked away before it was the senior Carly Wilkes of Virginia who became tired of methodical pace. The junior Jolena Quarzo recognized the move, but she was unable to respond, separating herself in between two entities. Wilkes won the overall effort in 16:48.10. 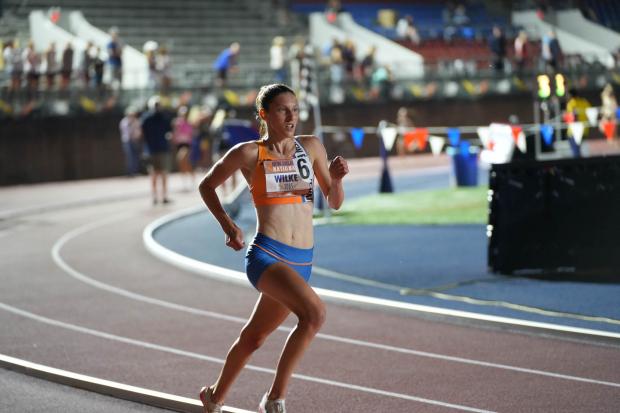