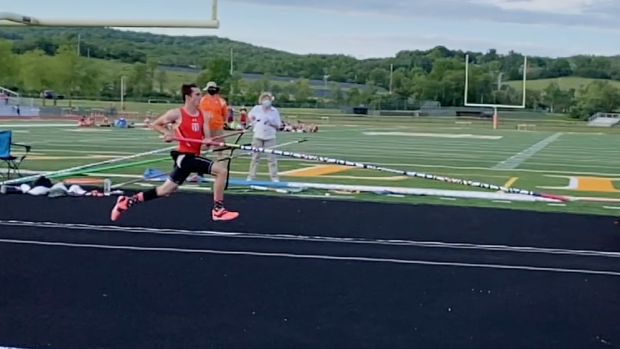 The New York State Showcase allowed athletes one more shot at improving their mark in 2021, a Season that almost nearly eliminated most Invitationals. However, the sport slows down for no one, and the new names in the sport have found a way to breakthrough.

One of those athletes is Neil Howard (Taconic Hills), a freshman from Section 2. At the beginning of June, Howard first broke into the news with a 14-6 clearance in the Pole Vault, which tied the New York State Freshman Record in the event. Just three weeks later, and Howard can now claim the record all to himself.

Coming in at 13-0, he cleared safely all the way to 14-0 even. There, the bar began to shake, and it took Howard until his third attempt to move the bar up past 14-4, into record territory. However, now at 14-8, it was one and done as Howard cleared the bar on his first attempt to set the new Frosh State Record, and take third overall in the event. Howard has three more years to chase the D2 State Record in the event, set at 16-1.

The clearance now puts Howard as the fastest freshman in the State in four events. Check out those events below.