Jarvis Alexander, a 2019 graduate of University Prep Charter School For Young Men -- known in Rochester as UPrep -- has been identified as one of two fatally wounded individuals in a mass shooting that also saw 14 additional people struck by gunfire on early Saturday morning following a backyard party.

The Alfred State sophomore was a 2019 New York State Champ in the 4x100m relay and was an innocent bystander just after midnight when a gunman opened fire on the crowd of more than 100 individuals.

"He wasn't a bad kid. Sometimes people say that, and you know things about them," Bennett told the Democrat and Chronicle. "This kid doesn't have any enemies. He was a kid, you want to have fun, you want to hang out.

"I've coached almost 20 years. This one is the hardest, because this kid, he came through his adversity in academics, got it done and graduated. It's like you are here today and gone tomorrow and haven't even lived a life." 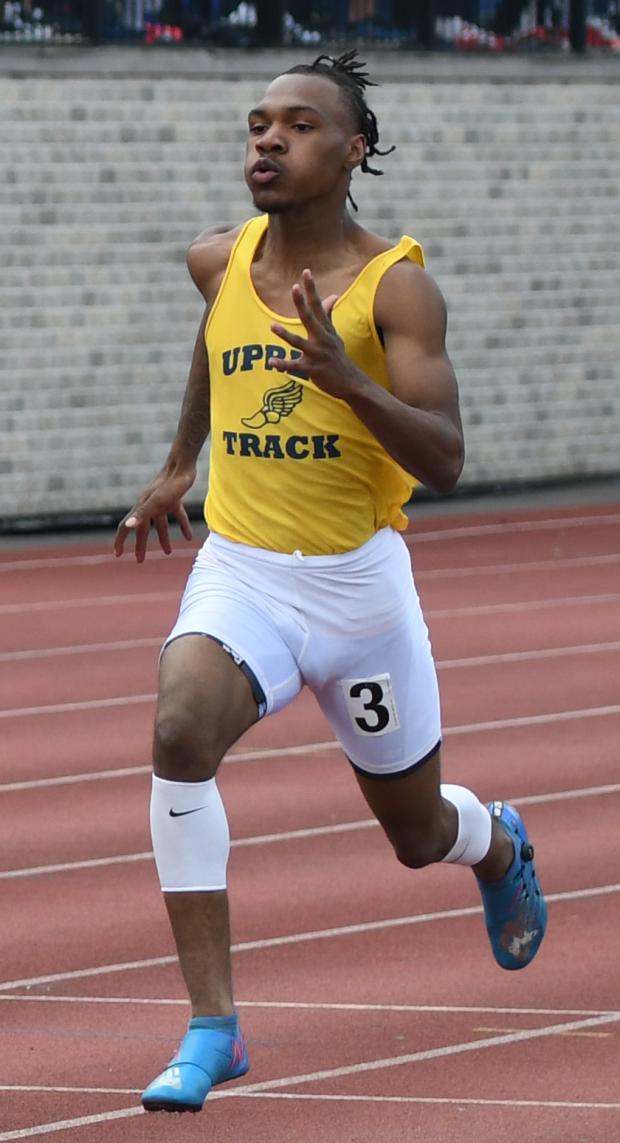 Alexander, who is originally from Florida, made his way to University Prep by way of Gates-Chili and tried out for the track team as a junior, having no prior experience in the sport and having transitioned over from football. He quickly became an integral part of the team, running both strong times individually and on relays. As a junior, Alexander aided in UPrep's campaign to win the Class B Title in Section 5.

But as strong as he was on the track, so too was he in the classroom. Stemming from his transfer from Florida, Alexander needed extra classes in his curriculum to satisfy New York's graduating standards. He would double up in the classroom to make things work, coaches said.

As a senior, Alexander was back on the track team, finding himself qualifying for the NYSPHSAA New York State Indoor Championships, both an individual and as a member on one of his team's relays. Outdoors, he qualified for both the 100m and 200m final in Division 2, and ran as the anchor leg on UPrep's state title winning 4x100m. He came back and made the podium in the 200m Federation Final.

Alexander is survived by his younger brother, Julius, for whom Jarvis served as a role model of success. UPrep assistant coach Majied Eason said this of their relationship. (See full article here.)

"When we went to states, his biggest thing was, 'Can my brother come with us?'," Eason told the Democrat and Chronicle. "His brother was on the team, but he didn't know he was going as an alternate.

"I said (kiddingly), 'If I let him go, he has to be a part of a fast relay next year.' Jarvis said, 'I'm going to work with him, I'm going to make sure he's as fast as I am.' He was the glue to our team. When he would underperform, he would say we can do better than this.' He was an extension of the coaches."

University Prep has put out the following statement: 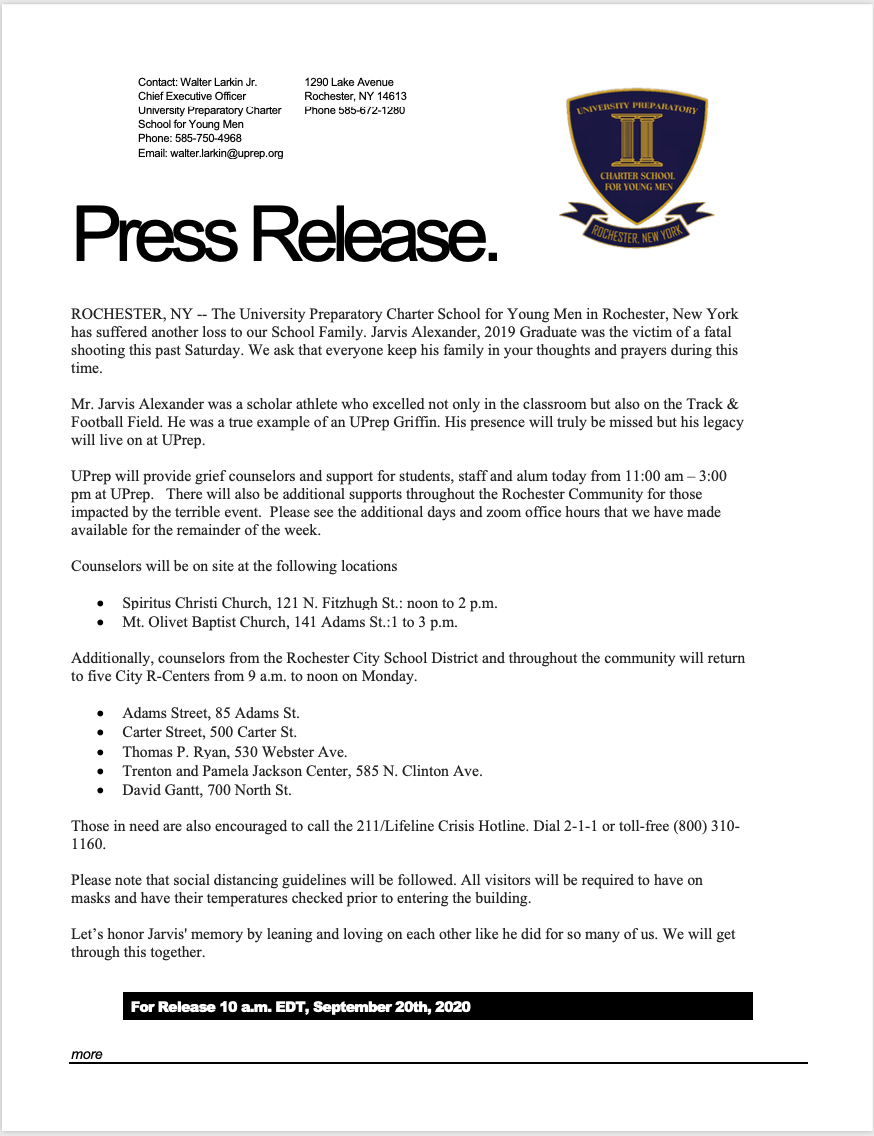