The 'Larry Byrne Archives' are a living document, chronicling the Top 50 Marks ever run by a New York Athlete in each event, Indoors and Out. Beginning in the mid-60's, and transferred online to MileSplit NY in 2014, the Archives are updated yearly to include new names and marks, and push out others. However, some of the very best athletes persevere, and the threshold to be included gets harder every year.

We decided to run the numbers, and see what the All-Time lists say about the marks they include. More specifically, we wanted to see which time period in NY History has stood the test of time, which have fallen to the wayside, and is the current generation of athletes so strong, they're wiping away marks previously thought untouchable? Let's dig in. 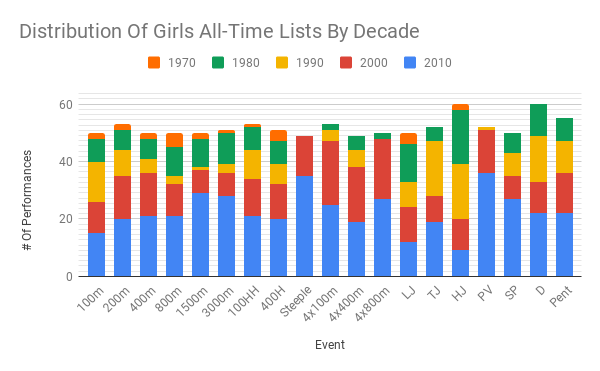