They became the second girls program to ever win more than 1 title at NXN. Of course, that doesn't include the 8 times they were ranked US #1 in the pre-NXN era.  But the Saratoga Streaks, running as Kinetic, are back on top of the podium.  They were the first Girls Team National Champion ever crowned in 2004, then at NTN, and they will now be the last Girls Team National Champions awarded in the 2010 decade.

But where did Saratoga come from?  Second at States, a Federation win, then a second at Regionals, leading to atop the podium?  It's not unheard of.  In fact, two teams on the podium didn't win their Regional.  Saratoga placed runner up, while Niwot, CO had to rely on the At-Large committee, finishing third in their region then third in the Country.

The signs for Saratoga were there.  After a breakout race at the Suburban Council, and an even more impressive run at Sectionals, Saratoga shot to the top of the Speed Rating National Merge, which correctly predicted their potential margin of victory.  They managed close finishes at both States and Regionals, and their great compression would come in handy at Glendoveer. 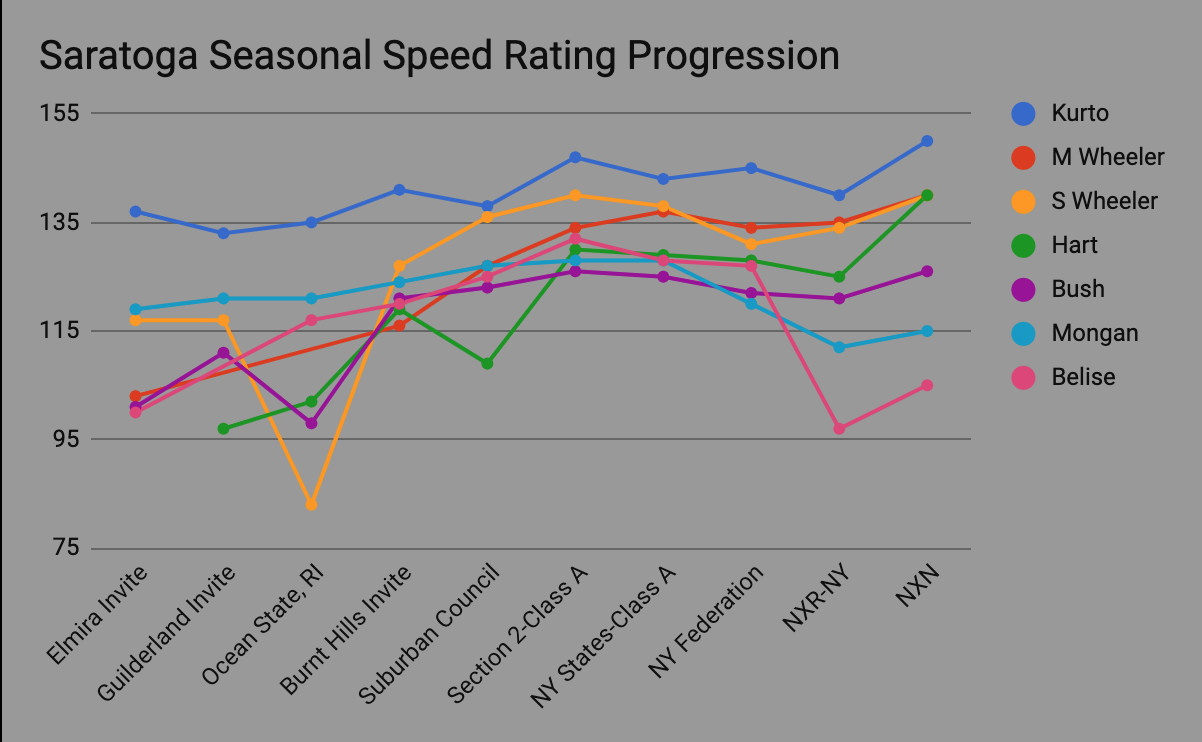 As shown in the chart, Saratoga's Top 5 Runners all had their best Speed Ratings of the year at NXN.  This was on top of their strong ratings from those mid-October races.  What's even more impressive, is their ability to improve, with arguably the toughest schedule in the entire country.  They've raced every Saturday since October 26th, and against some of the top teams in the country to boot.  It's an impressive victory, which brings the NXN Trophy back to New York, who has held the trophy 14 of the past 16 competitions. Saratoga brings back the same team for the next two years, as their oldest athletes on the line were sophomores, so may that Saratoga Streak, continue.