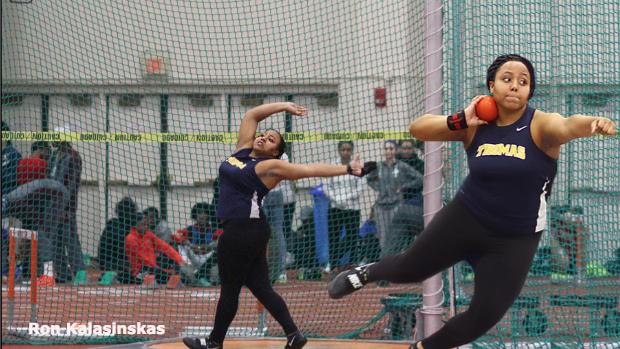 The Section 5 Junior has slowly moved up the ranks.  As a Freshman, Monique Hardy (Webster Thomas) was only two feet off the Class State Record in the Weight Throw.  As a sophomore, she blazed past the then-Sophmore State Record.  Now, as a junior, the overall is not out of reach.

After Hardy's throw of 59-7 last Saturday, Hardy is now NY #3 All-Time.  Only two girls have ever broken 60-0 in the event, and one of them happens to hold the Junior State Record.  Jillian Shippee (Shenendehowa) threw 60-4.75 to set that record back in 2016, eventually improving to the overall State Record of 65-6 a year later.  Shippee took that record from Melissa Kurzdorfer (Lancaster), who had thrown 61-4 back in 2010, before the Weight Throw was a State Event.

Hardy is the defending State Champ in the event, and took 4th at Nationals.