We are excited to announce that Erica has signed with Penn State. pic.twitter.com/gzoaf6SqcS

Last year, she cleared 14-1.5.  Now, as she heads into her senior year of competition, she's cleared another barrier.  She's decided where she'll continue her vaulting career.

Erica Ellis (Unattached) not only returns as the Nation's top vaulter this year, she ended the 2017-2018 as the country's top vaulter as well.  The Suhr-coached prodigy has set NY State Class Records throughout her time in HS, and looks to continue her dominance.  Most likely, Ellis is to compete unattached again this Winter.  Her schedule last year saw her bounce between International competitions and open vaults both in New York and Canada.

Ellis cleared her record mark at the Akron Pole Vault Convention in Ohio.  We named the clearance as the 9th Best Moment of 2018. Ellis missed much of the Spring Season with injuries related to natural growth, and had began vaulting again in practice in early summer.  Stay tuned for news on her Season Debut. 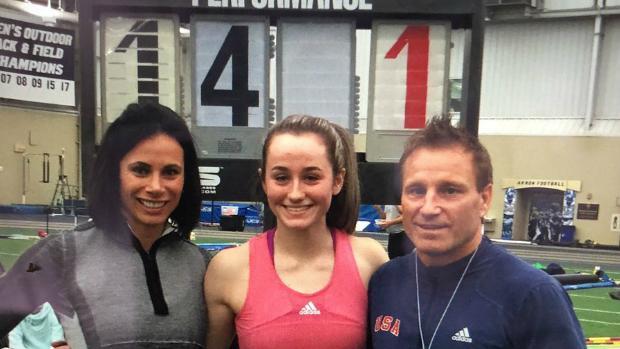