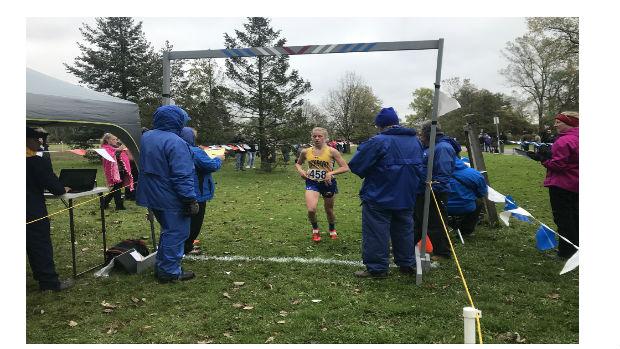 Lockport used a strong finish from their 5th runner senior Owen Szantor, to upset previously undefeated Lewiston Porter by two points and split the NFL title with Lew Port (Lew Port won the dual meet earlier this season).  Lockport was consistent throughout their pack as they placed their entire top 5 in the top 11 overall.  While Lockport won the team title on Saturday it was Lancer senior Andrew Perreault who won the individual title by over 30 seconds from Lockport sophomore Jackson Doran.  Lockport will look to continue their upset trend against class A schools Frontier and Orchard Park next week at the section championships while Lew Port appears to be in the most competitive boys race of the day as they will do battle with Pioneer and East Aurora for the class B title.

On the girls side Kenmore West pulled the upset on Lockport by 11 points to split the 2018 NFL title, as Lockport won the dual meet earlier this year.  Coach Marty Madore for Kenmore West commented "just a complete team effort," for his girls as they did not have any girl place in the top four, but had their 4th and 5th girls work together to finished 17th and 18th.  Kenmore West made up 12 points in girls 3-5, which turned out to be the difference in the meet.  Lockport's Sydney Nowicki continued her dominance in the WNY area winning by almost two minutes, a very respectable 18:42 on a sloppy, muddy, day at Beaver Island State Park in Grand Island.  Kenmore West and Lockport will look to have another upset on their mind as they will square off with class A favorite West Seneca West at the section championships next week.