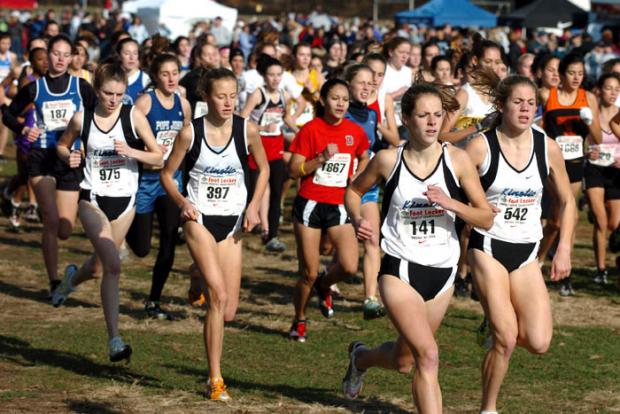 The XC season is once again upon us, and the term "Speed Ratings" are sure to be on everyone's mind once again. As relevant now as they were when released, they provide an equalizer among performances from around the State, and around the country.

A few years back, Bill Meylan of TullyRunners once again opens the door to his methods of statistical analysis, to look at three of the best, non-Foot Locker times ever run. To head over to the breakdown of the best individuals ever, as well as a look into the rationale and speed rating process, click here to skip ahead.

Meanwhile, it got us thinking, what were some of the best teams ever assembled? Could it be possible that New York holds both the boys and the girls best teams ever in the sport? Note: Our criteria for Speed Rating composition is taking the best speed rating of that individual over the course of the season into account.

This would indicate their realistic potential for a given race, if everyone was on their "A" Game. This is also different for the "Greatest Team Performance Ever," which would refer to a single race.

We start with the more clear answer: The girls. The 2004 Saratoga girls team is highly regarded as the best team to ever tackle the sport. They were one of the only HS squads who would have been competitive at the NCAA level that year.

They stand as the only program to qualify four individuals at a single Foot Locker Regional, also being one of the tougher regions that year. And then you can simply look at their Speed Ratings. If you were to remove their top four runners, and have that squad run NXN in 2014, they would have won the whole competition with only 46 points.

The only team we can think of that would be competitive would be the Fayetteville-Manlius team of 2010, who would score an unprecedented 26 points to win NXN. 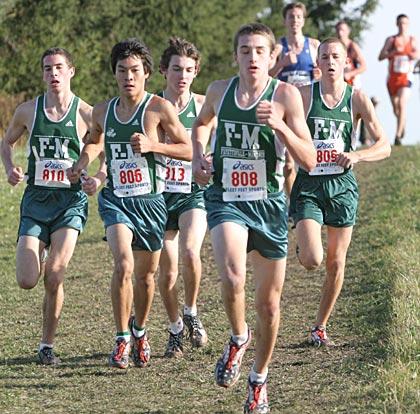 And now for the more difficult question: The boys. Most Speed Ratings come from the more modern era of XC, aka 2000 and beyond. While there may have been a US Distance running slump for some of the time before that, there were great teams in the mid-70s and 80s. Those marks have not been speed rated, so it would be harder to determine a true winner in our eyes.

Even then, some of the more national marks from the early 00's are also hazy, a time before NXN. But we've come up with three good possibilities. 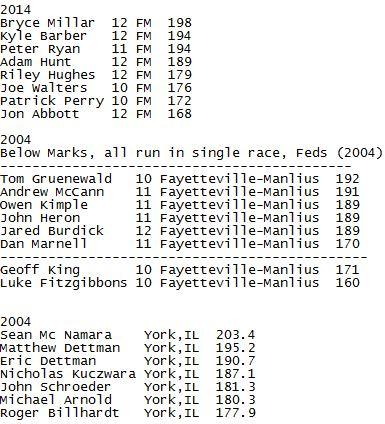 First, the easy part. We believe that the 2004 FM performance at Feds is the single greatest team performance, also known as the point in which all marks were run in the same race. And yet, they lost to the team from York (IL) at NXN that year, proving the power of the Long Green Line--coached by Joe Newton. And now, enter in the Fayetteville-Manlius team of 2014. Head to head, you could make a very good case for either team. We'll let you be the judge on that one.

All photos by Don Rich, MileSplit

Note: Since the original writing of this Article, Katelyn Tuohy has garnered a 177 Speed rating, making her the third highest rating of All-Time

The following table lists my highest speed ratings from both Footlocker and other XC races (including the three performances mentioned above) ... Please Remember -The lists are limited to races I have evaluated ... and that excludes most non-Footlocker races prior to 2000.

For those interested, this article also discusses the method used to derive the speed rating for Dathan Ritzenhein's Michigan State Meet record ... Plus some background information on Cathy Schiro (see why she was capable of high speed ratings).