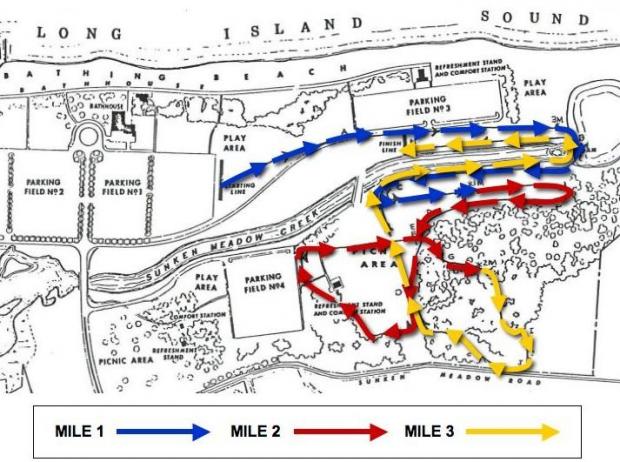 For fourth time in history, the New York State Meet is heading back to Sunken Meadow State Park.  Run 1992, 2002, and most recently in 2008, the State Meet will hit Long Island once again in 2018.  To get your mind on all the action, we found the course video from way back in 2008, the last time the park held the Championship.  Note: Hurricane Sandy altered the course for a brief while, but we've been told the course is back to normal.  Check out the video below.

The course is one of the slowest "Majors" in New York State.  Only two girls have ever broken 18mins on the course, with first being Aisling Cuffe (Cornwall) at Foot Locker Northeast in 2009, with her 17:45.9.  Katelyn Tuohy improved that Course Record this Season, but it is unclear if she will be racing to defend that Record this weekend.  For the boys, Ed Cheserek (St. Benedict's Prep, NJ) holds the record at 15:20.5, but it will take a sub-16min run to break onto the Top 50 All-Time list.  Since 2014, no boy had broken 16mins on the course, with Mikey Brannigan (Northport) running his 15:44.98.  However, Shea Weilbaker (Saratoga) became finally broke through earlier this year, when he won Suffolk Officials in 15:52. He's the top seed headed into States this weekend.