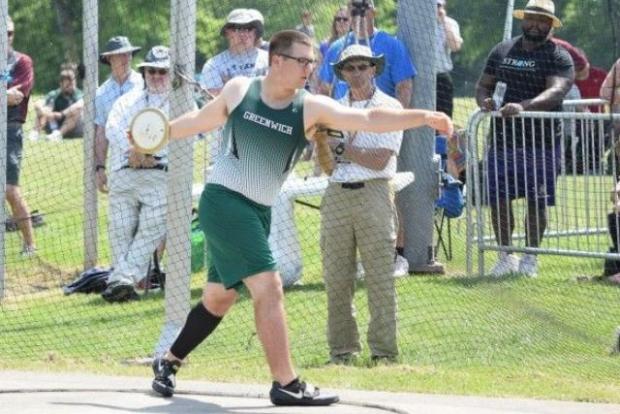 The girls went first in the Weightathlon ThrowDown (WTD) for  the 2018 NY throwers, but it's the guys who have always been the big catapults in the weight events. Endowed with generally more massive bodies, the boys use heavier shot puts, discuses, javelins, hammer and weight throws than the girls and their performances are rated much less generously by the IAAF multi-event scoring system.

Still, the second round of the WTD saw scores jump way up as the guys proved that most of the girls have a long way to go to reach the boys' sizzling level of competition. Only Monique Hardy of Webster Thomas with her crushing HT tosses at NBN was able to outscore the boys in an event, but the guys' throwers should start feeling a little pressure because Hardy really put the hammer to them.

The boys' WTD includes the Indoor ThrowDown (ITD) with the winter season shot put and weight throw marks, the Combined Shots ThrowDown (CSTD) that pulls together the shot put marks from indoor and outdoor, the Outdoor Optional Triathlon ThrowDown (OOTTD) that lets an athlete select their best scores from three of the four outdoor weight events, and finally the Outdoor Quadrathlon ThrowDown (OQTD) that pits the guys who did all four spring throwing events in one big armageddon of a showdown. 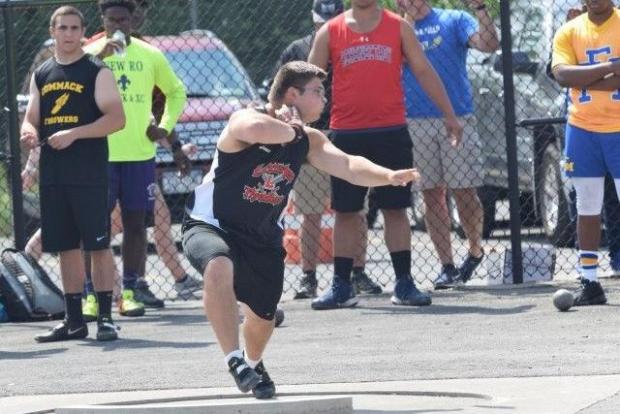 One of the big questions is how the state champions fared in the WTD. Lancaster's John Surdej won the States shot put titles indoors and outdoors, but does that make him a lock in the CSTD? Greenwich's Michael Gabriel was the indoor weight throw champ and sent the hammer throw out more than 200 feet, but can he pull out a title here? Commack's Steven Vasile was the outdoor discus champ, but since he didn't have any javelin or hammer throw attempts, he's only eligible for the ITD and CSTD. The discus NY #2 guy Kevin Cetin of Massapequa got marks in all four outdoor events, so that could stand him well.

Again, it would have been nice to have a full weight pentathlon with the outdoor weight throw included, but the WT still doesn't have many results in the spring. Plus, NY's WT rankings for this year are topped by a novice thrower from a CHSAA Weight Intersectional meet in April whose recorded throw was more than 20 feet beyond the the world record, so the equipment used there must surely have been no more than 12 lbs. rather than the standard 25 lbs. 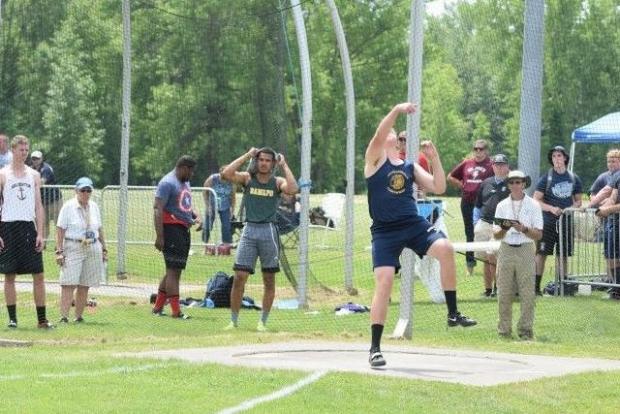 Apologies to the javelin throwers, who are the unloved six-headed stepchild in the IAAF multi-event tables and whose scores average hundreds of points less than their cherished siblings in the shot, discus, and hammer. The scoring standards were set up long ago, and since the decades-old world records in a number of the weight events were set by East German and Russian athletes in an era of minimal drug testing, some might think there is a need to revisit the standards, at least as they apply to high school.

The WTD creates the scores for the four events using the invaluable Throws Pentathlon app provided by the Cheshire County Athletic Association (UK), that is based on IAAF scoring guidelines for athletes of different ages and genders. High schoolers are classed at the Senior level for athletes in the 17-34 age  range. The scores mirror the system used for the OCIAA Throwing Pentathlon meet held at Monroe-Woodbury in mid May and won by Burke Catholic's Mark Przybocki. 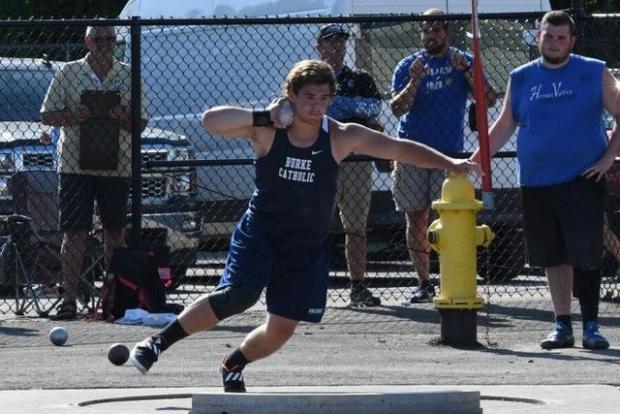 Inserting a contest for the combined shot put not only recognizes the only weight event that is commonly done both indoors and outdoors, but also provides an opportunity to shine for a large number of throwers mainly from upstate (north and west of Section 9) that do just the shot indoors and maybe the shot and discus outdoors. 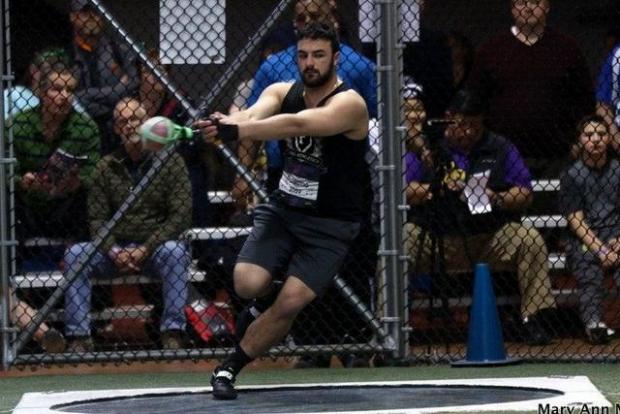 The closest competition tends to come most often in the shot put both at the state and national level since it is the event that has the greatest number of competitors. The hammer throw had the largest gap between the NY #1 and NY #10 athletes, but oddly it had the closest results at the US level. For NY athletes this year, Spencerport's Andrew Palermo had the biggest scoring mark with a 70-8 toss in the weight throw at NBN indoor nationals, which took 4th place there and rated 1113 points. Michael Gabriel had a 70-6 weight throw at Section 2 State Qualifiers for 1110 points.

As to the makeup of the WTD field, as with the girls, the guys competing in the four-event OQTD were from the downstate region extending from Section 9 and south and east. Fourteen of the 20 finalists in the three event OOTTD were also from downstate, so again the opportunities for throwing the javelin and hammer are not as frequent upstate.

The results for the WTD's four contests show just the athlete's scores and not the converted metric distances that the scores are based on.