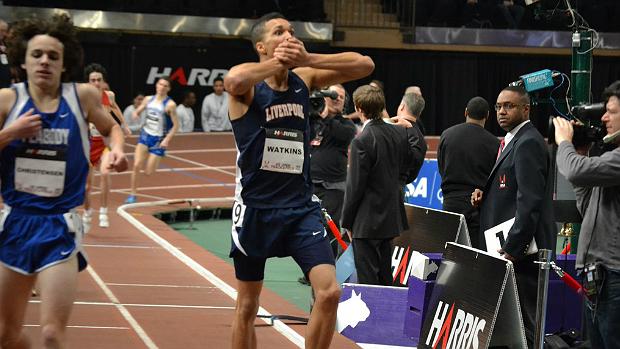 There is something amiss in the world of Track and Field in New York State.  It's hard to notice it happening, unless you're a true Track & Field historian.  The numbers hide it well.  Even more so, the girls of New York State can blind the eyes to the other gender.  With Mary Cain and Sammy Watson running unbelievable marks in recent years, it's easy to miss.  But for some reason, while the girls are doing just fine, the Boys 800m has been New York's worst event for quite some time.

Now that we have your attention, let's get more specific.  There is something called the New York State Bluebook, which records the fastest marks ever run for a specific distance in NY, Top 25 for Indoors and Top 50 for Outdoors.  Over the past few years, as the list gets updated by a select few, a trend began to emerge.  Nobody was being added to the Boys 800m list.  Almost every other event was getting multiple new marks every year added, but not so for the 800m.  That goes for both Indoors and Outdoors.  In essence, we've lost our 800m mojo.

The current standard to break onto the list stands at 1:53.6 Indoors and 1:51.6 Outdoors.  That's no small order, but neither is any other event's threshold.  The last year we saw big rewrite's to the 800m list was in 2012.  Back then, there were four new additions to the Indoor List that year, including the State Record of 1:50.11 by Zavon Watkins (Liverpool), and one more added in Outdoors by Robert Rhodes (Boys and Girls) at 1:50.53.  It truly was the year of the 800m.

What have we gotten since then?  There was a three year gap, then in 2015, the 800m came back Indoors for a short stint.  Four new names were added to the Indoor List, led by Jake Johnson (Colonie) at NY #5 All-Time Indoors with his 1:52.00.

So why is this so unusual?  Let's give you some perspective.  A new addition to the Outdoor Mile list has been made every year since 2002.  There were five additions to the 400m list just last year.  These trends continue across events, be them on the Track, or in the Field.  In the Long Jump, we've gotten an add every year the past ten, minus 2015.  Something is simply up with the 800m.

There are only two real answers to this question. 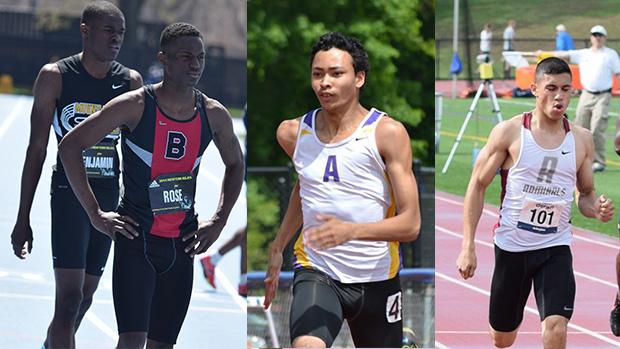 The title here may be overly simplistic.  It's not that we don't care about the event.  It's just that there may be more appealing options for the talent pool.

The mile is the glory event for distance runners the past few years.  Lukas Verzbikas (Sandburg, IL) broke 4mins in the mile in 2011, demonstrating the feat was still possible for a High Schooler.  Since then, the top runners in the country have all gravitated towards the mile, attempting to join that Sub-4 club.  That has trickled down to the State Level as well, bolstered by local meet management.  Prestigious events like the Millrose Mile, the Dream Mile, and the Penn Relays Mile has put an elevated emphasis on the distance, so much so that training plans for top level athletes have now been altered to prepare for them.  There are also secondary events like the Loucks 3200m or the Glavin 3200m to pull those same runners up in distance, but can you name an Elite 800m field that would pull them down?  Does any meet hold one?

With almost equal the prestige as the Mile, the 400m dash has become an arms race in New York State over the last few years.  2014 was possibly the greatest year for the 400m in State History.  Since then, Rai Benjamin (Mount Vernon) broke the 400H Record, and Infinite Tucker and Kyree Johnson helped bring Huntington to the 4x400m State Record.  As the event's popularity has risen, so has the decline in the 800m.  Training has been pushed more towards speed, than the speed-strength required for the double distance.

With the Mile and 400m people pulling athletes up or down in distance, what's left of the talent pool?  For athletes who have broken onto the list in the past few years, one thing has been a common trend.  They were strong over the 1000m indoors.  Bulkeley won the 1000m at the State Meet Indoors the season before he broke onto the list Outdoors.  The same for Jimmy Asselmeyer (Arlington).  It seems to be the best predictor out there. 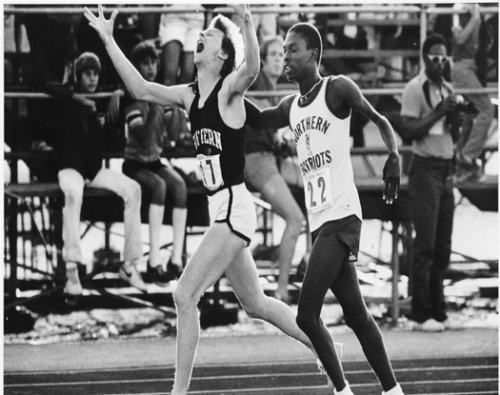 However, that doesn't explain why we haven't been able to add any more names to the All-Time list.  That same Mile list we mentioned is filled with marks from the 70's and 80's.  And yet, there still have been constant additions.  So yes, the 800m list is hard to make, but again, no harder than any other.

Who's Our Best Shot? 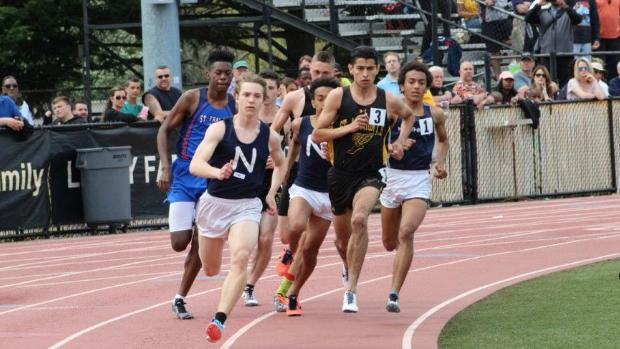 At the Saint Anthony's Invite, Isaiah Claiborne (Northport) ran 1:51.62 to win.  That mark falls just .01 seconds off the All-Time list, but still lands him at US #11 in the event.  No surprise here, but Clairborne was your Indoor 1000m winner.  His twin brother, Elijah Claiborne, took second at Loucks in the 800m at 1:52.60.  It would seem, if anyone was to push onto the list, it would be these two.

But they aren't alone.  Noah Tindale (Guilderland) holds the State Class Record for 800m for 8th Graders and Freshman.  Now a junior, it would only seem logical that progression would continue.  Same for Ben Bulkeley, who's already managed the impressive feat.  Now a senior, he has one season left to improve his All-Time standing.

Another pair of twins, Alex and Matt Rizzo, could very well threaten the list.  They both pushed onto the 1000m list Indoors, although couldn't convert that to the 800m at Nationals.  Now a State Event Outdoors, they have more shots at running quick over the two laps.

There are a wealth of other possibilities.  Matt Payamps and Mason Gatewood seem more focused on the Mile, but could drop down at any time.  Same with the Fusco twins of Somers.

Northport and Saint Anthony's have both broken onto the All-Time list for the 4x800m already.  Can they do the same for the open?

So the challenge is out there New York.  We want to see some fast 800m runs. Think you can add your name to history?