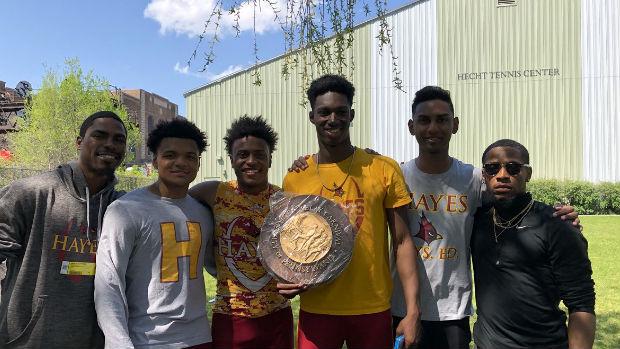 Penn Relays typically signifies the beginning of the competitive season in New York, where teams are beginning to sharpen their form, and the big times start to show.  This year was no different, and we're here to dig in to everything that happened.

New York is seeing great depth in the event this year, with two teams making the Northeast final, and already breaking into the NY Top 50 All-Time.  Uniondale would win the wheel, placing first in the Northeast final with a NY #16 All-Time Mark, while Cardinal Hayes would take 3rd in that same final with a NY #27 All-Time mark of 41.76, which also breaks the CHSAA Record.

The boys of Newburgh made the 4x400m COA Final, the first NY team to do so since prior to the year 2000.  There, they would take 8th place, not matching their best from the trials at 3:17.36, but still an accomplishment within itself.

The Arlington boys were the first team out of the COA finals, but can hang their heads high as the only NY squad under 8mins, with their 7:59.03.

Farrell's Charles Crispi was NY's top finisher in the field, taking 4th place overall in the Vault at 15-5.

Arguably one of the most exciting races of the past few years, Saint Anthony's comes away with a silver medal in the Distance Medley relay.  Still, they managed to break 10mins once again, going 9:59.87, good for NY #3 All-Time.  The Junior-heavy squad had big competition throughout, including a strong Northport team, but it was a surprise performance by NJ's Hopewell Valley to take the win.  The mark put's Saint Anthony's in serious contention to take down the State Record of 9:59.03 held by Warwick Valley, either at Loucks or Outdoor Nationals. 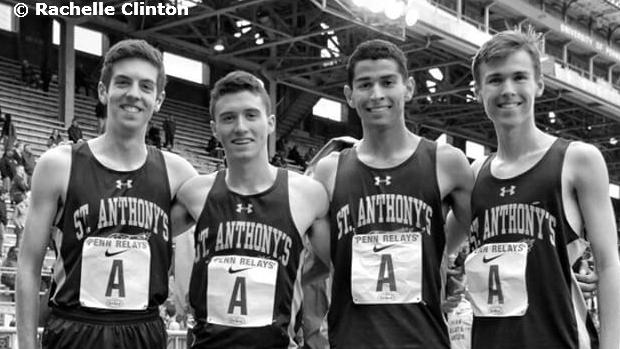