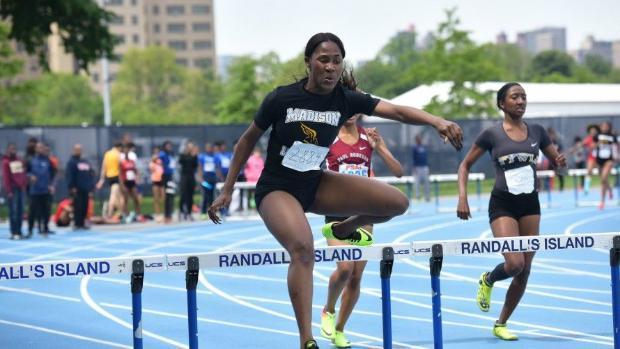 In track and field, there are always those magic marks.  Those that separate the great from good, the State Leads against the All-Time greats.  Each event is different, and only a select have that nice round number to strive for.  In New York, one of the few states that run the full 400m Hurdles at the High School level, that magic mark is the sub-60 second 400 Hurdle time for a High School female athlete.

The event stands as a signature of New York State, much like the Steeplechase, of which NY is also lone proponent of at the HS level.  And in 2016, that dedication paid off, as former State Champ Dalilah Muhhamad went out and won the 400H Gold Medal at the Rio Olympics.

However, in 2017, the seven year streak of athletes under that "magic mark" ended.  The fastest mark run in season was that of Greer Ligouri (Warwick), who went 60.90 at Outdoor Nationals.  Vanessa Watson (Spencerport) then lowered that State Lead one week later at USATF Junior Nationals, running 60.81.  They were the only two athletes of the season under 61-seconds.

Vanessa Watson (Spencerport) - She was the State Leader last year, despite taking third at the State Championships.  However, since that time, Watson has had a dramatically improved indoor campaign.  She shaved off nearly three seconds in her 600m Personal Best to take home the State Title Indoors.  She dropped over a second off  her Indoor 400m mark as well, although the event is more rarely run.  The only thing slowing her down at this point may be the weather, but by June, that should be taken care of.  Watson looks primed to contest the event, as well as the open 400m too.

Linesha Thompson (James Madison) - Watson wasn't the only athlete making big drops Indoors.  Thompson was a top hurdler at the beginning of the season last year, and brought her best down to 62.60 by season's end.  But after a strong indoor campaign, Thompson came out of the gates swinging at the Mayor's Cup last weekend, and already dropped a 60.99 winning performance.  It's only April, and the first meet of the season, so that time should drop.  With ample competition in the event, it may just take sub-60 to win at States, and Thompson looks to be vying for that honor.

Plenty More - The field isn't limited to these two athletes.  Only three of the events Top 10 athletes from last year have graduated.  Louise Jones (Nyack), Sinead Sargeant (Fairport), and Ellen Byrnes (Sacred Heart Academy) also made big improvements over the Indoor Season.  The prize is out there for anyone's taking. 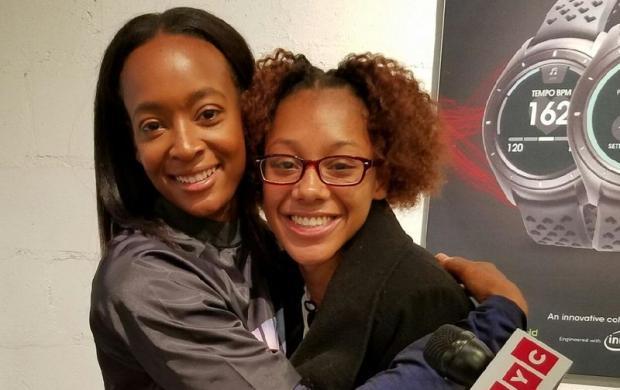