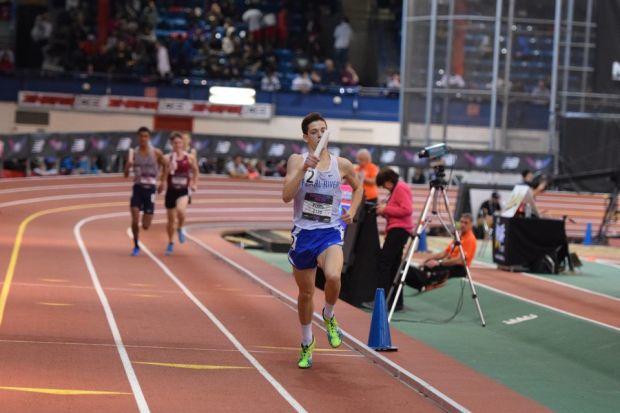 Given the choice between a snowy home meet vs. the allure of the Arcadia Invitational out in Sunny California, the boys of Pearl River went with the latter option. Once there, however, they were met with some familiar competition.

On Friday night in the SMR, the team that took third place at Indoor Nationals with a mark of 3:30.20 came back with an Outdoor debut of 3:33.03 to take 5th overall.  However, despite the cross-country travel, they finished right behind another NY Squad, Susan Wagner of Staten Island.  Wagner went 3:32.44 for the State Lead in the event, taking 4th in the event.

The Pearl River Pirates weren't done, though, as they came back later in the 4x800m.  There they would run 8:10.75, placing 8th place overall.  That puts them as the second fastest 4x800m in the State right now, although it is very early in the season.  Tappan Zee ran 7:56.51 indoors to lead Section 1, so that'll be the mark Pearl River is aiming for later in the season.

Pearl River will return for the DMR on Saturday.