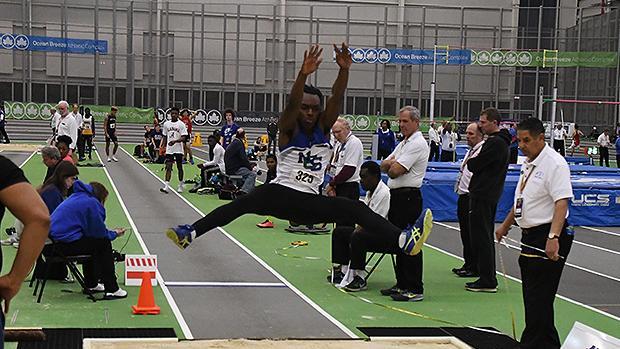 Boys Long Jump - Your top 4 athletes from States are back.  Jeremiah Willis (CNS) will be looking to repeat as the Top New Yorker, although Joshua McCleary (Greece-Olympia) has better Season Best this year, at 24-2.5.

Boys Triple Jump - The story should be all about whether or not Jeremiah Willis (CNS) can hit another big jump, and push that State Leader over 50-feet.   Nobody was able to do so last year, so the challenge is out there.

Boys High Jump - Our only entrant, Vladislav Cullinane (Babylon) will try to repeat his 6-9 for a medal.  Any higher, and he will be in rarefied air this season, and it only improves his chances.

Boys Pole Vault - Charles Crispi (Monsignor Farrell) will be looking to return over the 16-foot mark here, after a win at States that was a little lower than his Season's average.  Also in the mix is Dustin Meyer (Gates-Chili), who has been over 16-feet as well.

Boys Shot Put - Currently US #24, State Champ John Surdej (Lancaster) will be looking to break the 60-foot barrier this year, as has been a long tradition of throwers from the Empire State.