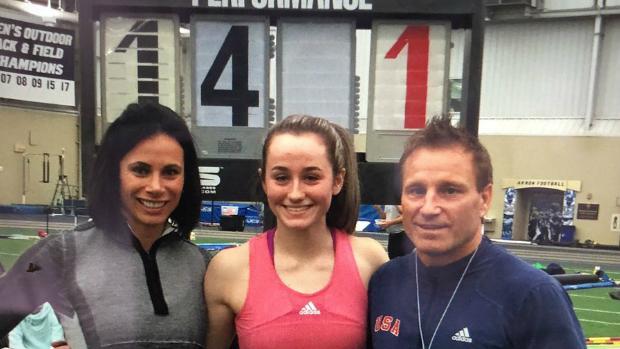 There is always an ebb and flow to the prominence of certain events in New York State.  In 2014, it was all about the 400m. Then, the Boys Shot Put was exploding.  As for 2018?  There is no year quite like it in State History for the Pole Vault.

In both genders, the record books are being re-written, setting the stage for the most competitive State Meet ever, Indoors.  Six Section Records are already gone, and three State Class Records.  We took down the Junior National Record, and are hitting All-Time heights around the board.  Check out the highlights below. 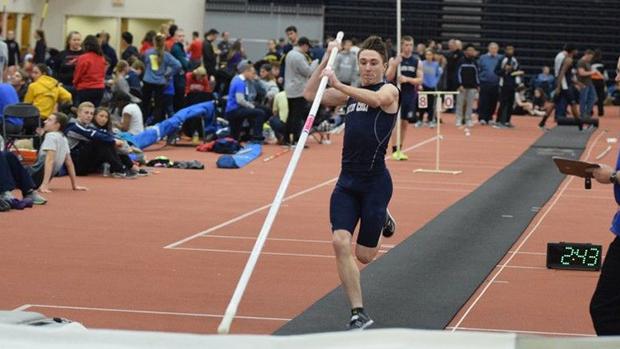 After a slump in 2016, New York Pole Vaulting has been on the rise for the boys.  This year alone, two New York State Class Records have been broken. Dustin Meyer (Gates-Chili) took down the Junior State Record with his 16-1 at RIT in early February, while Meyer's own Sophomore State Record was broken by Shane Racey (Ravena) at the Section 2 State Quals, when Racey hit 15-1.  In addition, the Staten Island Record, the Section 5 Record, the Section 4 Record, the CHSAA Record, and the Section 3 Record have all went down this year.

In addition, the depth of talent is unprecedented this year. There are more boys over 15-ft this year, than there has ever been in State History. In addition, 2018 also ranks second All-Time for the number of athletes over 14ft, and over 16ft. These three factors combined makes it our best year ever in the event. 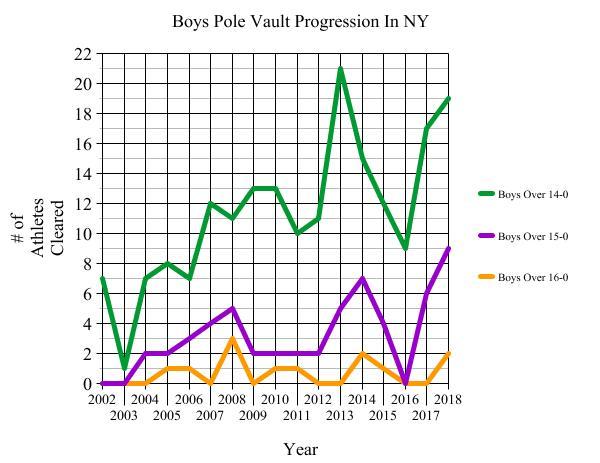 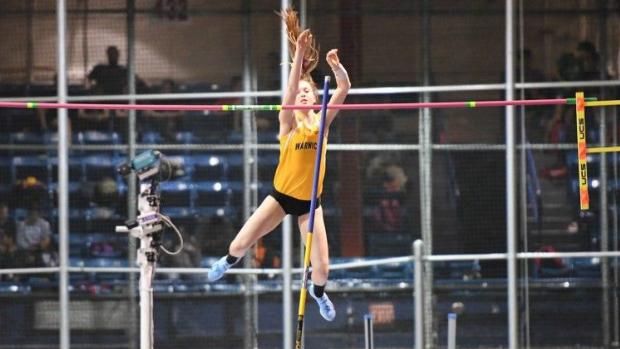 The girls are no less impressive than the boys, matching their improvements. The obvious star is Erica Ellis (Unattached), who has vaulted a US #6 All-Time mark of 14-1.25.  She also has numerous jumps at or above 13-6, which would have ranked her among the best in the country regardless.  It's the first time we've had an athlete over 14-0 since 2005, when Mary Saxer (Lancaster) set the then-National Record.

But here is the more interesting part. Had Erica Ellis never competed in NY, and never set State Class Records as she passed through HS, we would have had three new Class State Records this year, regardless. Laura Reigle (Hilton) matched the previous Eighth Grade State Record at 10-0, while Leah Pasqualetti (Orchard Park) surpassed the prior Soph State Record with her 12-6, and Kaeli Thompson (Warwick Valley) would have the Junior State Record after clearing 13-0.25 this weekend.

2018  saw the most girls ever over 13-0 in a single year, and ranks second All-Time with the amount of girls over 11-0.  We also saw the Section 2 Record and the PSAL Record go down this year.  For the first time ever, we'll have two girls at 13-0 battling for the State Title.  And then, one week later, we could see Erica Ellis go for the National Overall Record, after getting the Junior National Record earlier in the year.  What a time to be a pole vaulter!

Fast Fact: NY is now tied with TX for having the most girls over the 14ft bar in HS, with three athletes total. 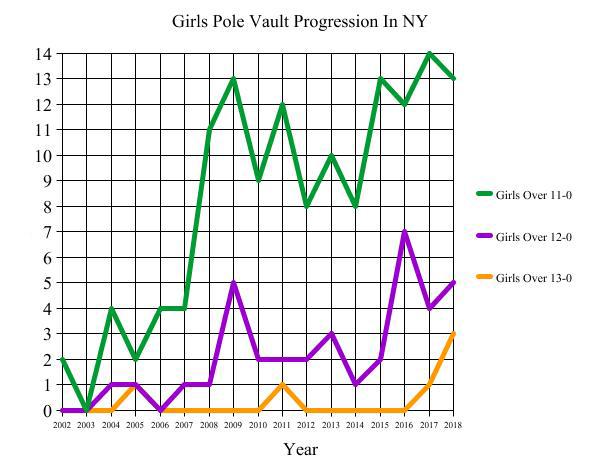