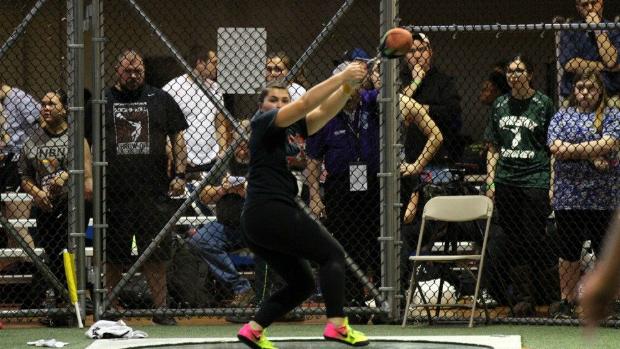 It's been a busy weekend for the burgeoning event, which can trace it's ressurgence back to when the Weight Throw was first added to the Indoor State Meet.  In the span of three days, both the Frosh and Soph State Records have been taken down, ushering in a new age for the event.

Keeping The Record In The Family

Lancaster, based out of Section 6, is known for many things, but chief among them is their throwing program.  They are routinely on the podium in the throwing events at the State Level, for both genders.  Of their alumnus, none other than Melissa Kurzdorfer could be considered more prolific.  The 2010 grad at one time, held every Indoor State Class Record from 8th Grade on up, in both the Shot Put and the Weight Throw.  Outdoors, she almost did the same, putting her name on the record boards for the Shot, Disc, and Hammer.

Well, it looks like Lancaster may have another prospect coming through.  Natalia Surdej is just a freshman at the Buffalo-based school, but she just captured her first ever State Record.  At the Section 6 Team Championships, Surdej tossed 49-11.5 to break Kurzdorfer's Frosh Record of 49-7.25.  The throw must have been bitter-sweet for the Lancaster program, as it was the last Weight Throw record Kurzdorfer had on the books.  However, records are made to be broken, and it's being kept safe within the program.  Natalia is following in the footsteps of her older brother, John Surdej, who placed on the podium both Indoors and Out last year at States in the Shot Put.

Hardy Hits Her Goal Out In Ohio 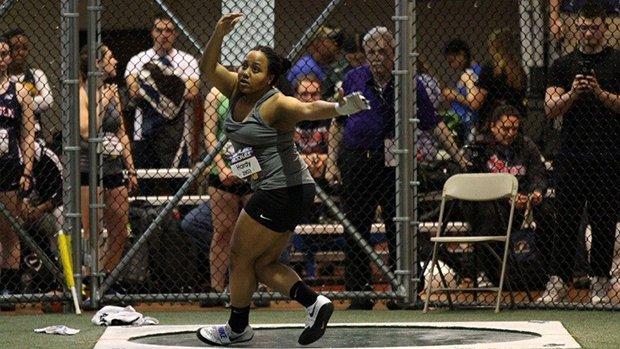 We said just two weeks ago, that Monique Hardy (Webster Thomas) was getting dangerously close to that coveted Sophomore State Record.  Well, after a trip across State lines, to the SPIRE Institute in Ohio, Hardy took home the Gold Medal at the SPIRE Scholastic Showcase.  Hardy threw 54-6.75 to improve her personal best by four-and-a-half inches.  That best also improves the Sophomore State Record held by none other than Kurzdorfer, when she threw 54-3.75 at Nationals back in 2007.

The mark also makes Hardy NY #7 All-Time in the event's history.  The pair of throwers are set to match up later this year at the State Meet, and with two more years together competing, the event is set to explode.