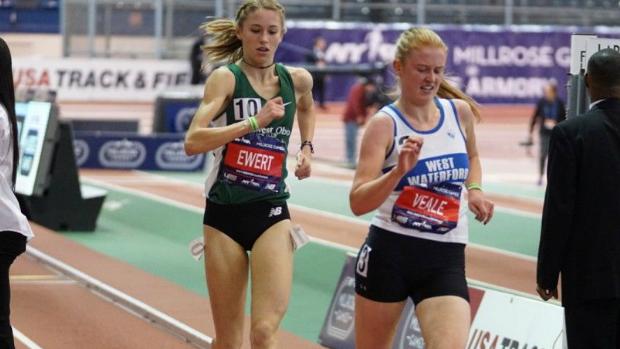 For years, New York has been a hotbed for the race walk; it's the only state in the union that has the event at the state level. Naturally, some of the top race walk talent in the country originates from the Empire State. But along with it's success, both Maine and Ohio have joined the ranks of the walks over the years, putting their best foot forward to step in. 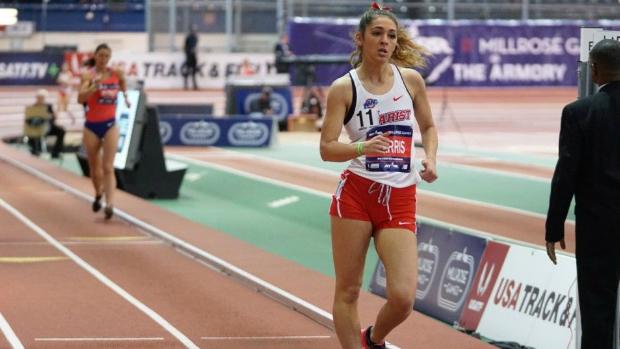 Last year, Lauren Harris (Sachem East) rewrote the record books both indoors and out, setting national records in the 1500m and mile distance. All four were major jumps for the records, dipping into what was once thought to be untouchable territory. However, there was an inkling of danger starting last year. As Harris went on to win the indoor national title, an athlete from Ohio broke the freshman class national record in the mile walk behind her. That freshman was Taylor Ewert (Beavercreek, OH). By spring track, Ewert was winning races. She took the outdoor national title, too, this time over 3000m (Harris didn't attend).

The biggest difference between Ewert and numerous former walkers? She was a national caliber XC runner this fall. While many race walkers have been able to make a strong transition to running events, Ewert brought it to a new level. She was third at the Ohio state XC Championships, fourth at NXN Mid-West and ran to All-American status at Nike Cross Nationals, placing 18th overall.

Entered in the Millrose Games, where she ran the year before, Ewert was ready to make a statement. And that she did. Running against the clock, and Harris, who matched her time from the year before, now competing for Marist College, Ewert took third overall in the professional field with a 6:45.48. That bested Harris' indoor national record of 6:53.44, as well as her overall (Outdoor) record of 6:52.23. However, it wasn't a clean sweep en-route. The Armory clocked the 1500m distance, of which Ewert went 6:17.30. That broke Harris' indoor national record of 6:17.59, but was just short of the overall (Outdoor) record of 6:17.20. Ewert has plenty of time to go after it, possibly as soon as NBIN, although the distance of the event is not yet listed on the schedule. Harris still maintains all her senior class records.

Hear From Ewert After Her Win Last Spring